Cardiovascular disease as one of the main complication of uncontrolled diabetes

Diabetes mellitus is a metabolic disorder, which is characterized by chronic hyperglycemia and disturbances of the metabolism of carbohydrate, fat and protein that resulted due to defects in insulin secretion, action or both of them. People with diabetes are prone to increased risk of many diseases, such as cardiac, peripheral arterial and cerebrovascular disease. There are many people with diabetes that refuse to take their medication such as insulin or synthetic drugs to reduce and control their raised blood glucose level. They depend on, when they eat much sweetness food, take their medication. So, this commentary discusses some of the complications of uncontrolled diabetes mellitus and their relation with cardiovascular disease.

Diabetic people are more potential to have coronary artery disease, which is multi vessel, and to have episodes of silent myocardial ischemia. Traditional coronary heart disease hazard like hypertension, dyslipidemia, and obesity in patients with diabetes mellitus, but this clustering does not account for all of the increased risk in these patients [4].

Diabetic patient with the coronary arteries have more content of lipid-rich, inflamed atheromas, with macrophage infiltration, and subsequent thrombosis that is more vulnerable to rupture than a plaque found in patients without diabetes [5].

Diabetes mellitus enhances the accumulation of foam cells in the sub endothelial via raising the productivity of leukocyte adhesion molecules and pro-inflammatory mediators [6]. This augmented vascular inflammatory reaction might result from over expression of the receptor for advanced glycation end products. The receptors for advanced glycation end products promote matrix metalloproteinase activity that can destabilize plaques [7].

The Changes which occur in the vascular function give the poorer outcomes in diabetes mellitus. The increment of the levels of endothelin-1 enhances vasoconstriction, prompt vascular smooth muscle hypertrophy, and activates the renin-angiotensin. Simultaneously, it can decrease the prostacyclin and nitric oxide levels, enhances the platelet aggregation and adhesiveness, which leads to endothelial dysfunction [8]. In addition to the atherosclerotic and vascular effects, the hematologic system is reversely smitten. Diabetes mellitus promotes platelet adhesion via raising platelet-surface expression of glycoprotein Ib, that mediates binding to the glycoprotein IIb/IIIa receptor and to the von Willebrand factor [9]. Moreover it is raising the coagulation activity via stimulating production of pro-coagulants like those tissue factor and by reducing the levels of the anticoagulants as protein C and anti-thrombin III [10]. Patients that suffering from diabetes mellitus have an increment of the levels of plasminogen activator inhibitor type 1 in plasma and in atheromas [11]. The increment of tissue plasminogen activator which is inhibited for type 1 could suppress fibrinolysis, elevate thrombus formation, and accelerate plaque formation [12]. So, agents directing at inhibiting platelet aggregation, as aspirin, clopidogrel, and glycoprotein IIb/IIIa blockers, are indispensable in reducing the incidence of thrombotic events [13].

The lipid profile analysis has been shown to be important in determining the development of cardiovascular diseases; it also has been shown to be linked to the indexes of death, which resulted as a result of cardiovascular diseases [14]. Elevated blood cholesterol level (Hypercholesterolemia) is considered one of the most common risk factors for coronary heart disease [15].

The increment of blood TAG levels in the calculation of LDL‐C by using a Friedewald formula point to HDL‐C is beneficial in determining the risk factor of atherosclerosis and CVD in patients with hypertriglyceridemia [15]. It may be also an important estimation of diseases as diabetes mellitus and obesity, in which excessive triacylglycerol levels and LDL-C is elevated and the level of HDL‐C is decreased [16].

In a study by EL Barky [17] they stated that STZ-induced diabetes in female rats has gain, high blood cholesterol and TAG level after duration of four weeks of STZ-induction which attributed the increment of both cholesterol and TAG to several other symptoms, for instance, hyperlipidemia, which consider one the cause of micro vascular complication of diabetes and, the major causes of morbidity and mortality [18]. Diabetes mellitus causes a significant decrease in good cholesterol and raise both of triacylglycerol and bad cholesterol levels, which increase the risk factor for heart diseases and stroke.

The increment of the total cholesterol level is attributed to the increment in β-oxidation of long chain fatty acid and raised oxidation of ketogenic amino acids, which produced excess amount of hepatic acetyl CoA which enter in cholesterol synthesis [19,20].

Insulin hormone affects numerous sites of mammalian lipid metabolism as it can stimulate the synthesis of fatty acids in the liver and adipose tissues. Insulin deficiency in the intestine also causes a significant increase in the level of cholesterol synthesis and significantly increases the activity of lipoprotein lipase in white adipose tissue [21], moreover, it suppresses the lipid degradation by stimulation of transcription factors such as steroid regulatory element-binding protein in the liver and in adipose tissue [22].

VLDL biosynthesis are promoted by an increment in the flux of the free fatty acids in the liver and at the end, the particles are converted to LDL, the increment in the level of VLDL as an effect of decreased clearance and over-production in type 1 DM patients [23]. In contrast, after six weeks of the experiment in the study by EL Barky [17], there was a significant decrease of lipid profiles in diabetic rats. The decrease of lipid profile may be due to the diabetic rats cannot use glucose for obtains energy and instead it depends on lipids in obtaining energy. This leads to depletion of the storage of lipids in the body. Moreover, diabetic rats that injected with STZ-induced diabetes showed a significant decrease in their heart weight and a significant increase in the liver weight [24,25]. The lighter hearts of diabetic rats were responsible for the depressed ATPase content [26].

The hypertrophy of liver weight could be attributed to increased levels of serum triacylglycerol accumulation which cause enlarged liver. This explained by increased flow of fatty acids into the liver which resulted due to decreased levels of insulin and the low capacity of excretion of lipoprotein secretion from the liver resulting from a deficiency ofapolipoprotein B synthesis [27].

Diabetes represents a global epidemic and one of the leading causes of morbidity and mortality. Diabetic people are more potential to have coronary artery disease, which is multi vessel, and to have episodes of silent myocardial ischemia. Traditional coronary heart disease hazard like hypertension, dyslipidemia, and obesity in patients with diabetes mellitus, but this clustering does not account for all of the increased risk in these patients. 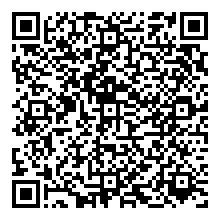