Molecular imaging research has shown great potential to assess the molecular compositions of tissues and provide critical information for clinical diagnoses [1]. These noninvasive assessments of molecular compositions may provide earlier diagnoses of pathologies, may predict therapeutic effects before the therapy is initiated and may provide earlier assessments of therapeutic effects soon after initiating therapy. These molecular-level diagnoses could lead to personalized medicine by tailoring the type, dosage and timing of treatment for each individual patient’s molecular composition. Some molecular imaging methods are routinely used in the clinic, including PET imaging that monitors glucose metabolism [2] and optical imaging that monitors blood oxygenation levels [3]. The strong need for molecular-level diagnoses and these emerging clinical examples have driven explosive growth in molecular imaging research during the last decade.

MRI initially contributed to the field of molecular imaging through the development of magnetic resonance spectroscopy and spectroscopic imaging (MRS/I) [4,5]. The unique magnetic resonance frequencies of 1H, 13C, 19F and 31P atoms within metabolites and drug molecules provide a ‘fingerprint’ that can be used to identify, localize and measure the relative amounts of metabolites and drugs in normal and pathological tissues. These fingerprints provide outstanding specificity for diagnosing metabolic compositions, but the relatively poor detection sensitivity of MRS/I has limited the impact of this method in the clinic.

“The strong need for molecular-level diagnoses ... have driven explosive growth in molecular imaging research during the last decade.”

Studies conducted during the last 12 years have demonstrated that MRI contrast agents can change their relaxation properties in response to an enzyme or metabolite, and therefore can indirectly report on the presence of the enzyme or metabolite [7]. These MRI contrast agents were initially labeled as ‘smart’ agents, although they are now more commonly labeled as ‘responsive’ agents to avoid anthropomorphism. Yet other effects can change MRI relaxation rates, such as the concentration of the agent, which obfuscates the interpretation of the MRI results and reduces the specificity of this approach. Furthermore, the effects of multiple relaxation-based MRI contrast agents simply combine to change the water’s magnetic resonance (MR) signal and the combined effects cannot be assigned to each agent, which greatly reduces the specificity of detecting multiple agents.

To provide a new paradigm for molecular imaging, a new class of MRI contrast agents has been developed during the last decade that combines the advantages of the specificity of MRS/I and the sensitivity of metal-containing MRI contrast agents. Exploiting the mechanism of chemical exchange saturation transfer (CEST), and paramagnetic CEST (PARACEST) agents uses a paramagnetic lanthanide metal ion to greatly shift the MR frequency of a hydrogen atom on the agent to a value that is very different than the MR frequency of the water [8]. This large frequency shift facilitates the saturation, or ‘magnetic bleaching’, of the coherent net magnetic moment of the hydrogen atom using selective radiofrequencies while causing little or no change to the MRI signal of water. If the hydrogen atom undergoes chemical exchange with a hydrogen atom on a water molecule, the saturation is transferred to the water, causing the MRI signal of the water to decrease. Constant radiofrequency saturation and rapid chemical exchange can decrease the signal of many water molecules, which improves detection sensitivity relative to MRS/I.

Importantly, PARACEST agents can be designed with a variety of amide, amine, hydroxyl or phosphate chemical groups that directly interact with metabolites, enzymes or biological ions (e.g., Ca2+, Zn+ and OH-) [7]. Thus, these agents are directly responsive to molecular biomarkers and careful analyses of the response can provide molecular-level information with outstanding specificity. In addition, hydrogen atoms that have different MR frequencies on the same PARACEST agent or on separate agents can be selectively saturated, which improves detection specificity. This multiplicity of detection is a profound advantage, because a responsive PARACEST agent can be monitored simultaneously with an unresponsive PARACEST agent, which can account for concentration or other environmental effects in tissues, and the ratio of the effects of the two agents can then quantitatively measure the molecular biomarker with great specificity [9]. This advantage has been exploited to quantify enzyme activities and measure pH (which is dependent on OH- ion concentrations) in a manner that is independent of the concentration of the contrast agent [10,11]. As rapid pharmacokinetics of a PARACEST agent can rapidly change the concentration of the agent within tissues, a concentration- independent measurement method is critical for clinical translation.

The interaction of the exchangeable hydrogen atom on the contrast agent and the molecular biomarker can occur through noncovalent association or can cause covalent changes in the chemical structure of the agent. For example, glucose can be noncovalently ‘hugged’ with phenylborate ‘arms’ of a PARACEST agent, which changes the exchange rate of a hydrogen atom of a water molecule that is tightly bound to the arms [12]. Reversible dissociation of the glucose from the arms allows the chemical exchange to reverse to its original rate. This reversible process may be exploited to temporally monitor glucose flux in tissues. As another example, oxidative byproducts of nitric oxide can react with an amide and amine chemical group on a PARACEST agent to form a triazine, which causes a permanent change in the chemical structure and an irreversible change in the chemical exchange rate of the agent [13]. This irreversible process may be an advantage when detecting nitric oxide, because this signaling metabolite has a fleeting 0.1–5 s lifetime within tissues that may prevent detection via a reversible interaction. Irreversible changes to many contrast agents over an extended time may increase the detection of a change in the CEST effect, which improves detection sensitivity. Similarly, the detection of PARACEST agents that are irreversibly changed by enzymes does not require an abundant enzyme concentration and instead is only limited by the amount of PARACEST agent that can be catalyzed to change its chemical structure by a small amount of enzymes within a reasonable detection time period [14].

More than 50 publications have appeared in the scientific literature that describe exogenous PARACEST agents and interest in these agents has spurred over a dozen scientific reviews [102]. Yet the great majority of these reports are limited to biochemical solutions, in vitro studies and ex vivo tests. Preclinical in vivo studies with PARACEST agents have only recently been reported [15], which reflects the difficulty in detecting PARACEST agents within biological tissues due to endogenous proteins that also exchange hydrogen atoms with water [16], safety concerns for directing high-power radiofrequency pulses into tissues and technical issues regarding magnetic field homogeneities in tissues for this frequency-dependent CEST MRI methodology Some of these issues have been addressed, such as the development of fast CEST MRI acquisition methods that facilitate the acquisition of a MRI map of the ‘CEST spectrum’ that is analogous to MRS/I [17]. Other issues have been avoided, such as using a ratio of CEST from two different types of hydrogen atoms to cancel the effect of endogenous proteins that are the same for both of the measured CEST effects [9]. Other issues have been minimized, such as the development of novel saturation methods that minimize power deposition in tissues [18]. Yet these issues are topics of ongoing investigations that must be addressed before PARACEST agents can be translated to the clinic.

“Limitations suggest that PARACEST agents will most likely not be used for widespread diagnostic screening of asymptomatic patients and instead they will be used to diagnose patients who have already been diagnosed with a pathological condition.”

Another major impediment to clinical translation is the poor detection sensitivity of PARACEST agents. Although rapid chemical exchange improves detection sensitivity of PARACEST agents by approximately 10- to 1000-fold relative to the detection sensitivity of MRS/I, the exchange rates of PARACEST agents are approximately 10- to 1000-times slower than the rates associated with relaxation-based MRI contrast agents, and are therefore 10- to 1000- fold less sensitive than these other agents. MRI contrast agents that carry lanthanide ions may potentially cause nephrogenic systemic fibrosis (NSF) [19]. Although the MRI diagnostic community has eliminated this pathology through improved safety practices, the possibility of causing NSF limits the injection concentration of lanthanide-based agents. Unfortunately, the acceptable concentration limit is below the detection limit for responsive PARACEST MRI contrast agents developed to date. Recent research developments have explored nanosized molecular carriers that can deliver high payloads of PARACEST agents to pathological tissues without causing NSF or other toxicities [20–22].

Other research studies have investigated diamagnetic CEST (DIACEST) agents that do not contain a lanthanide metal ion and some of these DIACEST agents are approved for clinical use [23,24].

The translation of PARACEST agents for molecular imaging in the clinic will require other practical considerations. Currently, PARACEST agents are developed by only a handful of academic research groups, partly due to the need for multidisciplinary expertise in synthetic chemistry, physical biochemistry, cell and molecular biology and radiology. The translation of relatively sophisticated CEST MRI methods will require similar interdisciplinary expertise, which may only be available in select clinical centers. Furthermore, MR frequencies must be widely separated on a Hertz frequency scale to facilitate selective saturation during CEST MRI, which is facilitated by the use of strong magnetic fields that are typically greater than 7 T. Very few MRI centers have magnets with a magnetic field strengths greater than 3 T, thus CEST MRI may only be feasible in these high-field clinical centers. These limitations suggest that PARACEST agents will most likely not be used for widespread diagnostic screening of asymptomatic patients and instead they will be used to further evaluate patients who have already been diagnosed with a pathological condition. Yet, as with other molecular imaging methods, the ability of PARACEST MRI contrast agents to provide molecular-level information has great potential to predict therapeutic effects before initiating the therapy and provide earlier assessments of therapeutic effects soon after initiating therapy, in order to contribute to personalized medicine in the clinic.

The author has no relevant affiliations or financial involvement with any organization or entity with a financial interest in or financial conflict with the subject matter or materials discussed in the manuscript. this includes employment, consultancies, honoraria, stock ownership or options, expert testimony, grants or patents received or pending or royalties.

No writing assistance was used in the production of this manuscript. 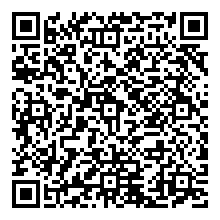