Neuroimaging techniques have a long history of applications to neurological and psychiatric populations [1–3]. Such techniques have often been used to examine cognitive processes in the presence of neuroanatomical changes or behavioral difficulties. Functional MRI (fMRI) in particular is popularly applied to clinical populations. fMRI holds a number of advantages over other forms of functional neuroimaging and leaders in the field of neuropsychological rehabilitation have specifically recommended its use in neurological rehabilitation. Blood oxygen level-dependent (BOLD) fMRI relies on the fact that the hemoglobin in the blood has different magnetic properties when it carries an oxygen atom (oxygenated) than when it does not (deoxygenated). Since neural activity uses oxygen, the BOLD signal can be used as an endogenous ‘marker’ of metabolic activity and is therefore believed to be completely safe, given proper safeguards. Thus, subjects can be studied repeatedly, which is essential in studying the effects of rehabilitation. fMRI is able to provide both anatomic and functional information in a single session for each subject so that the anatomic location of activated regions can be more accurately determined. Additionally, fMRI technology is readily available, as it relies on MRI scanners that are increasingly available in hospitals.

Studies clearly demonstrate different patterns of cerebral activations in neurological samples as compared with healthy controls, with activation correlating with the extent of brain pathology. Additionally, recent pharmacological studies have applied fMRI to measure changes in patterns of cerebral activation post-treatment [11]. Penner et al. [12], suggested expanding the use of fMRI to evaluate cognitive rehabilitation outcome in MS, stating that “If cognitive rehabilitation is seen as a tool to induce plasticity processing in the brain, then fMRI might be useful to verify the assumption” [12].

Thus, one might hypothesize that an effective treatment for cognitive deficits would result in an alteration in patterns of brain activation posttreatment due to neural plasticity. Initial intervention studies suggest that in response to training, the brain shows both increases and decreases in cerebral activity [13], and one can observe changes in brain functions with a brief behavioral intervention. Studies have examined changes postintervention in the motor domain in MS [14–16]. However, to date, few studies have examined changes in brain activation in cognition following cognitive rehabilitation. Olesen et al. showed both increases (e.g., parietal and frontal cortices) and decreases (e.g., anterior cingulate) in brain regions after 5 weeks of training with a working memory paradigm in healthy controls [13]. In an MS sample, Chiaravalloti et al. demonstrated greater activation following a ten-session behavioral treatment for learning and memory deficits within a widespread cortical network involving frontal, parietal, precuneus and parahippocampal regions in the treatment group, but not the placebo-control group [7]. These changes also correlated with learning and memory improvement. Similarly, Fillipi et al. showed increased activation in areas mainly located in the frontoparietal lobes, including the dorsolateral prefrontal cortex and precuneus post-treatment, evident in the treatment group, but not the control group [17]. Again, fMRI changes were correlated with cognitive improvement. These results were consistent with similar work in healthy individuals [13], patients with schizophrenia [18] and patients with mild cognitive impairment [19], which showed that cognitive training has the potential to modify (e.g., increase) the activity of areas of the neuronal system that have been trained.

“…once we are able to reliably identify changes in patterns of cerebral activation associated with improvements in the targeted construct … a logical next step might be to maximize the alteration of activation in those areas via other means … and examine the impact on cognitive performance.”

application of fMRI for identifying patients who may benefit differentially from the treatment. Neurofunctional markers at baseline may help to predict who may or may not show treatment effects. For example, an individual with decreased cerebral activation in frontal areas may show reduced ability to benefit from a behavioral treatment paradigm that teaches an individual to apply organizational strategies to learning. The reduced activity in the frontal lobes, often implicated in organizational abilities, may place the patient at a disadvantage in applying strategies that are typically mediated by that region. While this theory is intuitively appealing, studies are necessary to confirm or refute it. Specifically, one must consider the role of plasticity and neural reorganization in brain functioning. In reality, the organizational activities attributed to the frontal cortices in healthy individuals may actually be mediated by different brain regions in individuals in whom damage has occurred to these regions. Moreover, such reorganization would likely vary with age at the time of the injury and the exact location of the injury. This is an important question that future research needs to address as fMRI will continue to become more economical and more widely utilized over time and may become a feasible method of clinically identifying the optimal patients for a given treatment.

While the identification of those most likely to benefit from an intervention is a convincing reason for understanding changes in patterns of cerebral activation associated with treatment efficacy, it is certainly not the sole rationale for such intensive research studies. A second potential application of fMRI to studying cognitive rehabilitation outcome focuses on maximizing improvement in the area being treated (e.g., memory). Specifically, once we are able to reliably identify changes in patterns of cerebral activation associated with improvements in the targeted construct (e.g., new learning), a logical next step might be to maximize the alteration of activation in those areas via other means (e.g., brain stimulation, pharmacological treatment) and examine the impact on cognitive performance. Combinations of treatment may be examined in an effort to gain maximal benefit and maximize cognitive functioning posttreatment. Conducting such studies will serve to increase our knowledge of the brain’s response to treatment and help us to focus our treatment to better achieve the desired response.

A final reason for pursuing the documentation of the effects of cognitive rehabilitation via fMRI is less scientific and more practical in nature.

While neuropsychological assessment and selfreport measures, our typical means of capturing changes following cognitive rehabilitation, can be criticized for their lack of objectivity, fMRI is less susceptible to such criticism; that is, fMRI objectively documents changes in patterns of cerebral activation post-treatment and is thus less amenable to the criticism of potential bias in data collection. In other words, a patient cannot ‘fake’ brain activation. Furthermore, fMRI provides a clear picture of the exact areas of the brain that change post-treatment. Such pictorial evidence is difficult to refute. It is thus possible that the accumulation of neuroimaging evidence in favor of cognitive rehabilitation may increase third-party payment, thus making these treatments more accessible to patient populations.

While it is a promising method for documenting change following cognitive rehabilitation, fMRI also presents with unique challenges. For example, one might envisage a situation in which participants are able to complete a task more quickly after treatment than before, and less activation is noted after treatment. What is the cause of the decrease in activation? Is that difference due to less time on-task? Is it due to the fact that the cells are not working as long post-treatment, or have you changed something more fundamental about how the brain is carrying out the assigned task over the course of treatment? Challenges such as this are likely to present themselves as more studies are completed. Engaging scientists and clinicians knowledgeable in both neuroimaging and cognitive rehabilitation will be essential to the understanding of such findings.

ND Chiaravalloti’s work examining differences in patterns of cerebral activation following cognitive rehabilitation in MS has been funded by an RO1 and Competitive Supplement (Improving Learning in MS: A Randomized Clinical Trial) from the NIH (NCMRR; grant number 1R01HD045798). The author has no other relevant affiliations or financial involvement with any organization or entity with a financial interest in or financial conflict with the subject matter or materials discussed in the manuscript apart from those disclosed. 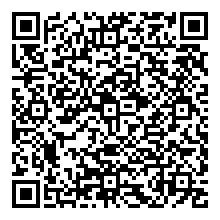