What can PET scans tell us about the effect of education on Alzheimers disease patients?

Brain reserve refers to the hypothesized capacity of an adult brain to cope with brain damage in order to minimize symptomatology [1]. More specifically, given a certain level of brain damage, cognitive reserve (CR) is thought to correspond to the difference between an individual’s expected and actual cognitive performance. Education is considered a main proxy of CR; other general markers of CR are occupational complexity and intellectual activities during leisure time [2]. Neuropathological studies support the existence of CR by showing that there is a significant variability in the relationship between the severity of brain pathology and cognitive symptoms [3]. However, in the clinical setting, this definition remains relatively abstract and does not clarify how the concept of CR can be quantified in vivo. In particular, neuropsychological and clinical evaluations are sensitive to brain injury and dysfunction, but they lack precise anatomical localization. Therefore, to better understand CR, several studies have been carried out using neuroimaging approaches [2–6]. In these studies, CR has been defined as the difference between an individual’s expected cognitive performance, measured by the level of imaging-assessed brain damage, and their actual cognitive performance. Morphologic brain imaging has thus been used to study CR by providing measures of brain volume [7]. Structural MRI parameters and CR proxies suggest that, among healthy elders, higher CR scores relate to better preserved global and regional cerebral brain volumes [8]. However, the correlation between CR and brain volume was demonstrated to be negative in Alzheimer’s disease (AD) patients populations [4]. In particular, when AD groups were analyzed, the more educated patients demonstrated smaller regional cortical thickness in the temporoparietal cortex than patients with less education [4,8]. Similarly, PET studies with both radioactive water and 18F-fluorodeoxyglucose (FDG) repeatedly showed a negative correlation between either regional cerebral blood flow or regional cerebral metabolic rate for glucose consumption in the temporal, parietal and occipital cortices on one side and CR proxies on the other [2,9,10]. These results gave rise to a large number of functional neuroimaging investigations aiming to understand how CR-mediated compensation mechanisms work in highly educated AD patients. In other words, do neuroimaging studies help us to understand how (and by means of which brain structures) highly educated AD patients can cope better with their more severe AD-typical brain damage?

Using functional MRI during a memory task, education was demonstrated to correlate positively with frontal activity in healthy elderly patients, but not in young individuals [5]. Using radioactive water PET, Stern’s group also investigated the difference in CR-mediated brain activation in AD subjects and elderly controls during a nonverbal episodic memory task [6]. Education, IQ and neuropsychological evaluation were chosen as operational measures of CR. The authors specifically highlighted a positive correlation between the task-related brain activation and CR variables in the left precentral gyrus and a negative correlation in the left middle frontal and fusiform gyri in AD patients. Since all these approaches focus on the network that directly underlies performance in one or more specific task, they do not address the concept of how CR is, more generally, functionally supported. In fact, one can hypothesize that a specific CR network can work in highly educated AD patients independent of the requested task [11]. Analysis of 18F-FDG brain PET studies acquired in resting state is suitable to test this hypothesis. In fact, as the maximum local cerebral metabolic rate of glucose consumption occurs at synaptic levels, FDG PET has the unique ability to provide in vivo information on synaptic function/ dysfunction [12]. For this reason, different methods have been proposed to estimate the functional association (resting functional connections) between cerebral areas by calculating correlation coefficients or patterns of intercorrelations between values of regional maximum local cerebral metabolic rate of glucose consumption [13–15]. By means of this analytical method, a step forward has recently been made in the understanding of CR in AD pathophysiology. A FDG PET multicenter study of the European Consortium of Alzheimer’s Disease compared the brain metabolism of two agematched groups of highly and poorly educated prodromal AD patients [10]. This comparison confirmed more pronounced AD-typical damage in the highly educated group. However, the same comparison also highlighted that an area of relatively higher metabolic level was indeed also present in the highly educated group in the right inferior, middle and superior frontal gyri. This region substantially corresponds to the right dorsolateral prefrontal cortex (DLFC). Accordingly, the significant DLFC cluster was saved as a volumetric region of interest and used as a covariate in the subsequent metabolic connectivity analysis in both groups. In highly educated AD patients, metabolism in the DLFC showed wide correlations with several cortical areas in both hemispheres (frontal, temporal and occipital cortices, parahippocampal gyrus and precuneus). The same region was just correlated with itself in poorly educated AD patients. By repeating the inter-regional correlation analysis of the DLFC in two age-matched groups of healthy controls with high and low levels of education respectively, the authors also demonstrated that the DLFC-related wide metabolic network highlighted in highly educated prodromal AD patients was indeed present and topographically similar in highly educated controls, but it was quantitatively less pronounced with respect to highly educated prodromal AD patients. Accordingly (and in agreement with Stern’s definition), the connectivity analysis demonstrated that CR in prodromal AD patients with a high level of education is a result of both neural reserve (pre-existing brain networks more efficient or less susceptible to disruption) and neural compensation (new compensatory brain networks active after pathology has impacted upon those networks typically utilized for particular tasks). Understanding this disassociation between cognition and pathology has historically been recognized as important for the success of preventive strategies targeted at neuropathology in the nondemented elderly as well as relevant for improving our understanding of AD. In recent years, improvement in PET technology and tracer development has further underlined the critical and diagnostic relevance of CR. In fact, in agreement with pathological investigation, several studies using amyloid PET imaging continue to indicate incongruence between the presence of brain b-amyloid and the clinical expression of AD, with some people having an elevated amyloid burden but no dementia or cognitive impairment [16,17]. Moreover, combined 18F-FDG and amyloid PET studies have demonstrated more pronounced amyloid accumulation and neuronal dysfunction in highly educated compared with poorly-educated patients with mild AD, thus confirming that education can modify the relation of amyloid accumulation to cognitive performance [17]. In the era of AD biomarkers, old and new PET literature suggests some final considerations: first, the predictive value of AD biomarkers for the determination of the disease cannot be resolved in the evaluation of the presence of AD pathology, but may benefit from consideration of individual differences in demographic characteristics, especially in education and CR; second, to this purpose, and for a comprehensive understanding of the development and progression of the disease, integration of amyloid pathology and synaptic dysfunction biomarkers (first of all FDG PET) is critical; and third, owing to their exquisite functional nature, PET metabolic imaging seems to maintain clinical relevance despite the emergence of new radiopharmaceuticals. 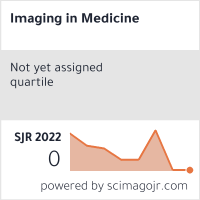