Translational medicine has emerged as a new concept in medicine resulting from closer interactions between the research realm and clinical practice, as suggested by the expression ‘from bench to bedside’. The essence of translational medicine is that it not only leads to more efficient health care delivery (e.g., new drugs and procedures), but also to a more in-depth understanding of underlying biological mechanisms [1,2]. The term ‘research realm’ here means not only preclinical and clinical research (e.g., clinical trials) but something broader, embracing both basic research and translational research aiming to put biological facts obtained in experimental works (in animals) in perspective with other observations made in man concerning different pathologies, and involving common physiological and biological systems. This concept has gained credibility thanks to recent initiatives such as the Cancer Biomedical Informatics Grid (CaBIG), an initiative led by the National Cancer Institute in the USA that aims to transform the way cancer research is performed by better connecting the entire cancer community [101]. In particular, this initiative emphasizes the major contribution that biomedical informatics infrastructures can make towards this goal.

Imaging plays a major role in modern medicine owing to the continuous progress of imaging equipment during the last 30 years, and this role will certainly be even more prominent in future translational medicine. A salient characteristic of modern imaging is that it is becoming more and more quantitative [3]. This means it no longer solely aims to deliver images to be interpreted by a radiologist, but also to deliver ‘measurements’ of well-defined parameters. Such parameters may be derived from acquired images and reflect some physical characteristic of tissues (e.g., the T1 relaxation time in MRI, or the concentration of a tracer in molecular imaging). It may also result from a complex analysis of images using texture analysis or segmentation, and denote some structural, physiological or functional index. The latter are often called ‘imaging biomarkers’, an analogy with other kinds of biological biomarkers [4,5]. This notion of measurement is important and refers to a complete methodology involving quality assurance based on calibration, to guarantee reproducibility in time and space, which puts heavy constraints on image acquisition and image processing protocols [6]. It also requires a clear, explicit and consensual definition of the quantities being measured; this is a key feature with respect to relevant reuse of information in the context of translational medicine. Indeed, it is not sufficient that such numeric values be communicated to research data repositories (thanks to picture archiving and communication systems), one must also ensure that the precise semantics of this data be shared as well. This is a necessary condition for successful sharing and relevant correlation of this information with other data available from other sources.

We claim that semantic web technologies can provide new and efficient tools to support translational medicine in general, and to bridge imaging and translational medicine in particular. The vision of the semantic web was first proposed by Tim Berners-Lee and aims at introducing, in the web, a new way of representing information content, which enables computer programs to manipulate it meaningfully [7]. A key feature in this vision is to give information a well-defined meaning, owing to the creation of artefacts called ‘ontologies’, which formally define the relations among terms. Specifically, ontologies have two basic functions:

▪ They provide axioms, which allow the definition of classes in a formal way (using logics), and organi zat ion into inheritance hierarchies (taxonomy)

The article by Horrocks gives an excellent and didactic introduction to ontologies and a clear explanation of their role in the semantic web, based on simple and intuitive examples [8].

The reference to formal ontologies will enable information semantics to be made explicit: for example ‘imaging biomarkers’ derived from image data will be described with more precision – via semantic annotations – together with the relevant descriptions of how they were obtained (especially the acquisition and image processing protocols). Ontologies will play a crucial role for effective translation of such concepts between teams with heterogeneous areas of expertise, with two important levels of impact, not exclusive of each other, namely integration of heterogeneous data (and consequently data mining [9]) and inference and decision support.

The use of semantic web technologies should demonstrate the added value of novel imaging biomarkers and their relevance in characterizing the state of a patient, in the context of given pathophysiological processes, as well as better relating them to underlying biological phenomena, which are key features of translational medicine.

It should also facilitate the conception and the deployment of decision support systems, to support the prescription of imaging procedures as well as diagnosis and therapeutic decisions, whose implementation should benefit from the increasing availability in the semantic web syntaxes (i.e., resource description framework and ontology web language) of patient information and supporting knowledge, referencing the same ontologies. This includes improvements in formalizing imaging protocols, and their relevant clinical application contexts, better documenting imaging procedure results through annotations and ontology-based structured reports.

However, creating ontologies is a difficult task, which currently requires the close collaboration of domain experts and ontology development specialists. Significant works have already been achieved in the biomedical informatics field, relying on the long experience of developing large medical terminologies [10,11]. However, ontologies aim to support inference, in contrast to existing medical terminologies, which requires reconsidering most of the modeling choices that were made in their design. Efforts are being devoted in the imaging field, for example in the context of the RadLex initiative [12] and the CaBIG initiative [13,14], as well as in the neuroimaging domain [15,16]. These efforts must of course be pursued and intensified, especially in the standardization arena, in order to address the many challenges of translational medicine [17]. 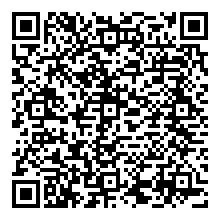