Novelties in the imaging of the CNS

As brain tumors are a relatively frequent disease (more than 14 new cases/100,000 people/year) and have a low rate of treatment success and are a major cause of death, serious advances in diagnostic and imaging have to be made. The first paper to be presented concerns the use of new PET tracers and their epidemiological impact for CNS imaging.

Gulyas and Halldin present the use of fluorodeoxyglucose (FDG) as being the ‘workhorse’ of neuroimaging, mainly in the detection of brain tumors [1]. As it has been demonstrated, the main source of energy for the tumor cell comes from the glycolysis of glucose, rather than from the oxidation of pyruvate [2]. This characteristic allowed the use of 18F for marking the glucose that would accumulate in the tumor masses, identifying and localizing them with the help of the PET device.

However, there is a series of limitations for the use of 18FDG; because the brain is the most intense glucose user, the tumor:brain glucose consumption ratio might not be very high, thus reducing the resolution of the image. On the other hand, the metabolism of the tumors may be highly variable, or the neoplastic tissue can be mixed with normal tissue (e.g., bone, cartilage and glia), further reducing the resolution. Vascularization of the tumor, histology, membrane markers, therapy planning, prognosis and follow-up were other criteria that marked the sole use of 18FDG as insufficient.

These and many other reasons prompted the researchers to try to identify other tracer atoms and carrier molecules for neuroimaging. Among those tested were amino acids, hormones and other neuroreceptor ligands, coupled with 18F or 11C, 13N, 16O, 86Y, 64Cu or 68Ga.

Gulyas and Haldin make an exhausting review of the expectations concerning a brain tumor radiotracer and also review the challenges that have to be overcome by these. The most common and difficult to overcome is the very short half-life of most of the isotopes that preclude their use in facilities that do not have cyclotrons readily available.

The authors identify the characteristics of tumor tissues that can be used in designing new carriers with specific tropism for the neoplastic tissue, in order to be used as molecular imaging biomarkers. According to these, they present the greater families of biomarkers. Thus, they present the amino acid radiotracers, with their uses and limitations, the nucleoside tracers which are intended to measure the intensity of the DNA synthesis. Among these, the most widely used are 3-deoxy-3-18F-fluorothymidine (FLT), deoxyfluorourydine (18FdUrd), f luorodeoxyuracil-b-arabinofuranoside (FAU) and fluoro-methyl-deoxyuracil- barabinofuranoside (FMAU).

Among the amino acid radiotracers, the most commonly used was [11C]-L-methionine (MET), which has a higher sensibility and localization precision than FDG-PET. From the same family stems fluoro-ethyl-thyrosine (FET), marked with 18F, which does not accumulate in normal tissue and is useful in identifying gliomas. Several other molecules have been developed, such as fluoro-L-thyrosine (FTYR), fluoroglutamic acid and fluoro-proline. Amino acid analogs, such as O-methyl-fluoro-l-DOPA (OMFD) and 18F-DOPA, were initially used in the study of the adrenergic pathways in the brain, but it has been demonstrated that they can also be useful as tumor markers.

11C-choline and 18F-choline are used experimentally in PET studies of gliomas, while 11C-acetate and 18F-acetate are used in the evaluation of the intensity of oxidative metabolism. Also presented are the angiogenesis radiotracers, such as a series of 64Cu-marked VEGF molecules, together with marked monoclonal antibodies, for example, 89Zr-ranibizumab or 11C-gefitinib.

It is common knowledge that tumors are frequently hypoxic, thus allowing for the use of chemicals that are specifically attracted to hypoxic metabolites or biochemical products. Among these, the most commonly used is 18F-misonidazole (F-MISO). EGFs, neuroreceptor ligands and translocator proteins (TSPOs) can all be used as vectors for radiotracers in order to improve the detection, localization and grading of intracranial tumors.

In conclusion, this is a very competent and complete study, which is useful for its variety and depth of knowledge presented and also draws a series of pertinent conclusions. According to the authors, FDG is not the best neuro-oncological tracer available and should be replaced with MET and 18FET. A combined study, FDG-MET, should be the gold standard in neuro-oncological studies, or even a combined FDG-FET study would markedly improve the results of the study of brain tumors.

In a recent paper published in the Journal of Neurooncology, Aki et al. presents an extensive demonstration of the most useful and reliable neuroimaging system for cerebral tumors – MET-PET [1]. MET is a common amino acid marked with the positron emitter 11C. It is common knowledge that tumor cells have a much higher metabolism than normal cells. Thus, the uptake of any amino acid is greater, accumulating in the tumor site, where it can be detected by PET. A characteristic of methionine is that it accumulates especially in gliomas [2]. It has also been reported to also accumulate in non-neoplastic lesions such as abscesses, hematomas, radiation necrosis and others, and the purpose of the present paper is to assess the practicality of this investigation. The study used data from 144 patients diagnosed over 6 years. The conclusion of the study identified the major factors that affect MET uptake: active transport, blood–brain barrier disruption and MET stagnation in regional vascular beds. The study demonstrates that MET is able to differentiate between oligodendrocytic tumors and astrocytic tumors, even when they have the same WHO grade. In addition, meningioma is highly identifiable using MET-PET, thus the use of such an investigation can be a significant asset for diagnosis and follow-up. MET uptake has also been demonstrated to be high in normal structures, like the pituitary gland and venous sinus, due to increased blood flow, but the washout is also much faster. This gives the investigator the possibility of differentiating between active uptake, such as in tumors, and passive uptake, such as in highly vascularized structures.

In conclusion, MET-PET with MET is a useful tool for brain imaging, and differentiating between active tumors and other types of lesions that might appear similar on CT or MRI.

Integration of MRI and PET in brain imaging

The present work is an appeal for a more integrated multimodal imaging approach to examine cerebral tumors [1]. Usually, the routine diagnostic for a suspected intracranial mass is left to MRI. However, this diagnostic can be frequently difficult or incomplete due to edema, surrounding tissues or post-therapeutic changes.

The authors advocate the advantages of using simultaneous imaging with PET tracers, such as the amino acid analogs (e.g., FET) or membrane phospholipid analogs (e.g., MET), to which a proton MR spectroscopic imaging (1H-MRSI) can be added.

MET imaging can help differentiate between a neoplastic process and an inflammatory one, while MRSI can help guide biopsies in homogeneous tumors. The so-called fiber tracking, using diffusion tensor imaging (DTI), is added to these technologies that can offer information on the degree of damage to the white substance caused by the tumor-induced displacement.

The authors present a novel prototype that joins a PET machine with a 3T MRI system. They state that there are several advantages to this system that are undeniable: simultaneous PET, MRI and DTI acquisition, reduced examination time and keeping the imaging conditions as close to physiological conditions as possible.

The paper presents the results in several patients and underlines the advantages of such a method. It also suggests a series of pharmacological studies that might be performed using the same acquisition for the same dose of drug, or using the simultaneous technique in patients with cerebrovascular diseases, where diffusion-weighted imaging could be performed at the same time as measurement of oxygen consumption with 15O2-PET.

While it is a worthy presentation, the practical considerations might get in the way for many hospitals and laboratories that do not have access to a cyclotron.

Comparison between 68Gallium PET and contrast MRI in meningiomas

Meningiomas are the most common nonglial intracranial tumors (approximately 20%), most commonly occurring in women and increasing with age. As they are usually benign or with a low proliferation index, their complications are usually due to local compressive or inflammatory phenomena that usually have to be addressed with surgery. However, as they are frequently located at the base of the skull, surgery is sometimes limited in its success, because of the proximity of the vessels, nerves or brainstem. It has to be supplemented with multimodal approaches like adjuvant radiation therapy, which can provide recurrence-free survival of up to 93% after 5 years.

Effective targeting of the tumor needs a good localization of the limits of the tumor and a good definition of the surrounding structures. CT and MRI are limited in their ability to differentiate between tumor tissue and scar tissue, postradiation necrosis or inflammatory formations. A tumor-specific marker is necessary and this is provided by the expression of the meningiomatous cells of the somatostatin receptor type 2. The first imaging approaches using somatostatin receptor ligands were made using scintigraphy, a technique that is gradually being replaced by PET/CT imaging due to its significantly better spatial resolution. The radiotracer most commonly used is 68Ga, while the best radiopharmaceutical is a somatostatin analog, DOTA-D-Phe1-Tyr3-octreotide (DOTATOC).

The authors make a comparison of the diagnostic accuracy between contrast-enhanced MRI and 68Ga-DOTATOC PET/CT in cranial meningiomas. The study comprises 134 patients treated over 6 years and demonstrates that 68Ga-DOTATOC PET/CT is the best method of distinguishing between meningiomas and the surrounding tissues, as it is able to detect 10–12% more tumors than the MRI [1]. The lesions that have only been detected by 68Ga PET/CT were usually smaller than 2.5 cm, or situated in obscured locations, such as the falx cerebri or the base of the skull. These results demonstrate that 68Ga-DOTATOC PET/CT has an improved sensitivity in meningioma detection, mainly in tumors which are obscured, uncertain or with equivocal results. 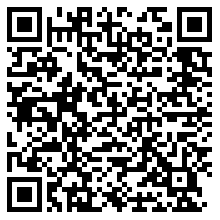