It may be possible to predict the rate of progression of dementia using a new technique for analyzing brain imaging, a recent study suggests. The study has also provided further evidence that implies that degenerative brain diseases spread throughout the brain in a similar manner to that of prion diseases.

“The results … suggest that, by using this approach, we can predict the location and course of future brain atrophy in Alzheimer’s, frontotemporal dementia and other degenerative brain diseases…”

The study, which was published in Neuron, used MRI to map the neuronal pathways connecting different areas of the brain. A predictive model of dementia was created using 14 images of healthy brains. The pathways along which degeneration was predicted to spread closely matched actual MRI images of brain degeneration in 18 Alzheimer’s disease patients and 18 frontotemporal dementia patients.

“The results need to be replicated, but they suggest that, by using this approach, we can predict the location and course of future brain atrophy in Alzheimer’s, frontotemporal dementia and other degenerative brain diseases, based on just one MRI taken at the outset of the disease,” explained lead author Michael Weiner, from the Center for Imaging of Neurodegenerative Diseases (US Department of Veterans Affairs, Washington DC, USA). “This would be extremely useful in planning treatment, and in helping patients and families know what to expect as dementia progresses.”

Currently it is a popular concept that brain damage in neurodegenerative disease occurs in a prion-like manner. These results support this idea.

“The idea of a prion-like mode of progression in dementias, which many scientists are beginning to support, is that the misfolded protein in one neuron will infect a neighboring brain cell, causing proteins in that cell to misfold in turn, and that the spread of these misfolded proteins flows along certain networks in the brain,” explained Weiner. “For instance, in Alzheimer’s, there is a spread of amyloid protein along the memory network. This paper reinforces the idea that the damage occurs progressively along that network and others.” Although it should be made clear that Alzheimer’s and frontotemporal dementia are not infectious diseases. Weiner said “it may be that a little seed of the disease begins in one neuron in the brain and spreads in a similar way – so it’s infectious within the brain, from one neuron to the next.”

An article published in the Journal of the National Cancer Institute has suggested that false-positive mammograms may be related to underlying pathology that could develop into breast cancer. The findings came from research conducted by My von Euler-Chelpin and colleagues from the Department of Public Health at the University of Copenhagen (Denmark).

The goal of mammography is to detect breast cancer as early as possible through the detection of masses and/or microcalcifications. Occasionally these results provide false-positive results based on suspicious findings on screenings, including asymmetric densities, skin thickening or retraction, tumor-like masses, recently retracted nipples or suspicious axillary lymph nodes. After receiving the false-positive result, the current standard practice is referral back to routine, rather than regular, screening, owing to the assumption that these women are healthy and not necessarily at a higher risk of developing breast cancer. It is unknown whether women whose mammographic screenings show these results have a higher long-term risk of developing breast cancer compared with women who test negative at their initial screening.

In order to determine the long-term risk of breast cancer in women with falsepositive tests, the researchers used data from a population-based screening mammography program in Copenhagen. Data from 58,003 women, aged 50–69 years, from 1991 to 2005, were analyzed. The absolute cancer rate in women with negative tests was compared with the absolute rate in women with false-positive tests, demonstrating 339/100,000 and 583/100,000 person-years at risk, respectively. Interestingly, the false-positive group from the mid-1990s had a statistically significantly higher risk of breast cancer than the group with negative tests, whereas the false-positive group from the early 2000s was not statistically significantly different from the negative testing group.

The researchers concluded that it may be beneficial to recommend women who receive false-positive results to continue to attend regular screening. However, the authors also propose that newly available assessment technology may be linked to the decrease in size of excess risk of breast cancer for women with false-positive screening results in recent years.

Quantifying the effect of obesity on CT radiation exposure

Researchers from the Rensselaer Polytechnic Institute (Rochester, NY, USA) have revealed that CT radiation dosage is increased by up to 62% in CT scans compared with nonobese patients.

It is already known that obesity reduces CT image quality and hence increases the need for a higher radiation dose, owing to a forced change in parameters. The researchers sought out to quantify this relationship by examining the effect of obesity on the calculated radiation dose to organs and tissues using newly developed ‘phantoms' representing overweight and obese patients. Phantoms are specially designed objects that are imaged to evaluate, analyze and tune the performance of imaging devices. Results were obtained by creating a detailed model of obese patients, using ten (five male and five female) computerized phantoms with a BMI ranging from 23.5 kg/m2 (normal weight) to 46.4 kg/m2 (morbidly obese).

It is hoped that this new study will help to optimize CT scanning procedures by establishing a balance of conducting safe but effective imaging. The lead author of the study, Aiping Ding the Rensselaer Polytechnic Institute, said that “When a morbidly obese patient undergoes a CT scan, something known as the tube potential needs to be increased to make sure there are enough x-ray photons passing through the body to form a good image. So far, such optimization has been done by trial and error without the use of patient-specific quantitative analysis.”

X George Xu, the senior corresponding author of the study, explained that “We hope that this very timely set of data will be integrated with previous work for normal size adult and child patients to form a comprehensive database to support a software package called VirtualDose™ that will enter clinical testing this summer. Such a tool could be used to analyze radiation exposure trends in a clinic and to study how to optimize the image quality for a large population of patients.”

These new phantoms for overweight and obese patients will be part of the software package, VirtualDose, developed by the study authors. The objective of this software is to enable the creation of a personalized, extremely realistic phantom of any patient undergoing a CT scan. The program takes into consideration a patient’s individual characteristics, including age, sex, height, weight and pregnancy status. By entering these data into the software it quickly creates a phantom that accurately models the patient’s internal organs. These phantoms will allow radiologists to compare the radiation exposure that a patient will get from different CT scanner settings, and then choose the most appropriate configuration, taking all the given information into account. The set of new obese phantoms developed by the study authors can now be used in future studies on the optimization of image quality and radiation dose for patients of different weight classifications. The researchers at Rensselaer Polytechnic Institute hope that, eventually, all of the data derived from these phantoms can be compiled into a comprehensive dosimetry database defined in the VirtualDose software.

Research suggests that left ventriculography may be overused

A study published in the American Heart Journal has claimed that left ventriculography is being overused in many coronary angiography cases.

“This adds both risk to the patient and significant extra cost,” explains the first author of the study, Ronald Witteles (Stanford University, CA, USA). He continues, “If a patient recently had an echocardiogram or a nuclear study, it didn’t make them less likely to have the left ventriculography procedure, it made them more likely. That is impossible to explain from a medical justification standpoint. It is extremely unusual, in these types of cases, to need another assessment. The only logical conclusion is that a practice pattern is being defined in which tests beget more tests, whether they’re necessary or not. It would be bad enough if the figure stayed at 81%, but our findings showed that it went up.”

The results demonstrated that left ventriculography was performed in most coronary angiography cases analyzed in this study. Furthermore, it was found that the technique was often performed when an alternative imaging modality had recently been completed. The study authors propose that these findings warrant new clinical practice guidelines to be considered in order to decrease the overuse of this invasive test.

The News highlights some of the most important events and research in the field of imaging in medicine. If you have newsworthy information, please contact: Sam Rose, Commissioning Editor, Imaging in Medicine, [email protected] 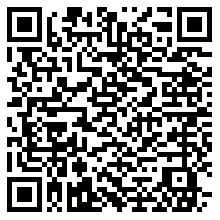