A 13 year old boy with history of phosphaturic mesenchymal tumor of the proximal tibia, resected two years previously, developed biochemical evidence of recurrence. Radiographs and MRI of the resection site failed to identify the site of recurrence. 18FDG-PET/CT and 111In-Octreoscan were performed concurrently, and both identified a site of abnormal uptake adjacent to the resection margin in the proximal tibia. Phosphaturic mesenchymal tumor is a pediatric rare tumor associated with tumor-induced osteomalacia. This unique case demonstrates the utility of nuclear medicine imaging in localizing recurrence of an uncommon tumor, and the potential role of 18FDG-PET/CT in managing these patients.

Phosphaturic mesenchymal tumor is a rare tumor associated with tumor induced osteomalacia [1] (also referred to as oncogenic or oncogenous osteomalacia). To date, fewer than 400 cases have been described in the English literature [2], the majority in adults. This tumor can occur in bone or soft tissue, and has a predilection for the lower extremities, although it can occur anywhere along the axial and appendicular skeleton. It affects males and females approximately equally, and has been reported in patients 2-86 years of age. While this tumor is usually benign, local recurrence is common in the absence of wide surgical excision at the primary disease site. Rare malignant lesions have also been reported.

Phosphaturic mesenchymal tumor is a recognized cause of tumor-induced osteomalacia (TIO), which is characterized by osteomalacia with hypophosphatemia, hyperphosphaturia, and inappropriately low serum 1,25-hihydroxyvitamin D3 [3]. TIO is induced by phosphaturic mesenchymal tumor cells through the secretion of fibroblast growth factor-23 (FGF-23), which has been identified as a causative agent of phosphate excretion [4], and can be useful as a tumor marker.

In patients presenting with TIO, or in patients with suspected recurrence of phosphaturic mesenchymal tumor, anatomic localization of the tumor can be challenging [5]. Multiple imaging modalities have been used for tumor localization, including anatomic imaging with radiographs, CT and MRI, as well as functional imaging with FDG-PET/CT, octreotide scintigraphy, and most recently 68Ga DOTATATE PET/CT [6-9].

We report the case of a 13 year old boy initially diagnosed with phosphaturic mesenchymal tumor of the right proximal tibia at 11 years of age. He initially presented with knee pain. Radiographs and MRI demonstrated a mass within the right proximal tibia FIGURE 1. The radiographs also suggested findings of osteomalacia, with loss of bone mineral density and growth plate widening and irregularity. Initial laboratory values were notable for a low serum phosphorous of 2.6 (normal 3-5.7 mg/ dL), normal serum calcium of 9.9 (normal 8-10.5 mg/dL), normal parathyroid hormone of 21.9 (normal 10-65 pg/mL), low-normal 1,25-dihydroxyvitamin D of 18 (normal 15-75 pg/mL), and elevated FGF-23 of 332 (normal <230 RU/mL). These laboratory values were consistent with TIO.

A CT-guided biopsy was performed and the pathology revealed a typical osteoblastic lesion. The patient underwent a wide, en bloc tumor excision and reconstruction with an intercalary allograft and locking plate. The final pathology of the resected tumor revealed phosphaturic mesenchymal tumor, osteoblastoma like variant, with tumor approaching the medial resection margin. Four days following surgery the serum FGF-23 level returned to normal at <50 RU/ mL. The patient recovered well from surgery and was able to resume all of his physical activities.

Although his tumor was benign, given the close surgical margin he was followed serially with serum FGF-23 levels. Approximately 2 years following surgery, his FGF-23 level was again elevated at 390 RU/mL. Repeat testing one month later was also elevated at 360 RU/ mL. Recurrent tumor was suspected and radiographs and MRI of the right tibia were performed FIGURE 2. However, postsurgical changes and susceptibility artifact from the fixation hardware limited the evaluation and a site of tumor recurrence could not be identified. Subsequently 18FDG-PET/CT and 111In- Octreoscan were performed, both of which identified an area of abnormal uptake along the proximal resection margin within the right tibia adjacent to the hardware FIGURE 3. Figure 1. Radiographs (A, B) demonstrate a lucent lesion with thin sclerotic margin in the right proximal tibia (arrow), as well as widening and irregularity of the growth plate (*). Coronal proton density (C) and fat saturated T2-weighted (D) MR images confirmed the solid nature of the mass and excluded other lesions within the right tibia. Figure 2. Radiographs (A) and coronal fat-suppressed T2-weighted MRI (B) demonstrate post-surgical changes. Cortical lucency (arrow) was thought to be post-surgical in etiology. MR images do not identify recurrent tumor, however susceptibility artifact from the hardware significantly limits the study and was not improved by use of metal-artifact reduction pulse sequences (not shown).

Based upon the imaging findings, the patient was taken to the operating room for resection of the proximal tibia lesion. At surgery, gross tumor recurrence was found, with cortical breakthrough. The final pathology confirmed phosphaturic mesenchymal tumor that was morphologically similar to that originally resected 2 years earlier. The patient recovered well from surgery. Repeat serum FGF-23 level performed five days after surgery was again normal at <50 RU/mL, and has remained such, now several months post resection.

This case describes the successful use of both 18FDG-PET/CT and 111In-Octreoscan in identifying the site of recurrence of a phosphaturic mesenchymal tumor. Despite elevated tumor markers and clinical suspicion for local recurrence, anatomic imaging with radiography and MRI was unable to locate the tumor.

Phosphaturic mesenchymal tumors are known to express somatostatin receptor 2A [10] and therefore can potentially be imaged with radiolabeled somatostatin analogues such as 111In-pentetreotide and 68Ga-DOTATATE, although 68Ga-DOTATATE only recently (June, 2016) received FDA approval and is not yet routinely used in the USA. In a large series of 39 patients, Jiang et al were able to successfully localize the tumor in 95% of patients using 99mTc-octreotide scintigraphy [2], while Zhang et al., in their study of 44 patients, found 68Ga DOTATATE PET/CT had an overall accuracy of 97.7% [11]. However, somatostatin receptor scintigraphy does not identify all phosphaturic mesenchymal tumors and the availability of this radiopharmaceutical can be limited in some areas; furthermore 68Ga DOTATATE has only recently been approved for use in the USA. Additionally, the ability to precisely localize subtle foci of 111In-pentetreotide uptake can be challenging, particularly if SPECT/CT is not readily available for anatomic co-localization. Figure 3. FDG-PET/CT (A) demonstrates focal intense uptake (SUVmax 16.4) corresponding to a subtle lucent lesion along the superior resection margin. SPECT images from 111In-Octreoscan (B), fused to the CT images from the PET/CT demonstrate intense focal uptake that is concordant with the FDG PET findings.

This case demonstrates the utility of functional imaging with either 18FDG-PET/CT or 111In-Octreoscan for localizing a recurrent phosphaturic mesenchymal tumor, a rare and potentially overlooked cause of osteomalacia. There are few reports demonstrating the utility of 18FDG-PET/CT for localization of phosphaturic mesenchymal tumor. In one study, a case of 18FDG-avid disease was presented that was not identified by 111In-Octreoscan [12]; a separate study of 6 patients with tumor induced osteomalacia found 18FDG-PET/CT to be positive in 4/6 patients with positive 68Ga DOTATATE scans [13].

To our knowledge, this is the first reported case of phosphaturic mesenchymal tumor in a pediatric patient in whom concurrent 18FDGPET/ CT and 111In-Octreoscan were used to identify and confirm a site of disease relapse. 18FDG-PET/CT has the advantage of being widely available, has superior sensitivity for detecting small metabolically active lesions, and can provide precise anatomic localization of any site of abnormal uptake, even as in this case with metal hardware present. While 18FDG does not specifically target phosphaturic mesenchymal tumors, as a radiopharmaceutical it has superior imaging characteristics as compared to 111In-pentetreotide, including more prompt imaging (2-3 h post-injection vs. 24-48 h), higher resolution images, and superior radiation dosimetry. As such, whole body 18FDG-PET/CT may be the initial study of choice in evaluating patients in whom rising tumor markers suggest a site of metabolically active disease, reserving 111In-Octreoscan (or where available 68Ga DOTATATE) for lesion confirmation, as needed, and for detecting occult sites of disease.

The authors report no disclosures. 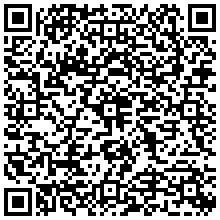