The effect of hydroxychloroquine on endothelial dysfunction in patients with rheumatoid arthritis: A doubleblind randomized clinical trial

Aim: The aim of this study was to evaluate the effect of hydroxychloroquine on endothelial dysfunction in rheumatoid arthritis patients by measuring soluble vascular cell adhesion molecule-1 (sVCAM-1) and soluble E-Selectin (sE-selectin) level as the biomarkers. Another aim was to assess the role of Homeostatic Model Assessment-Insulin Resistence (HOMA-IR), Free Fatty Acid (FFA), and oxidized Low- Density Lipoprotein (ox-LDL) in endothelial dysfunction improvement. Method: A double-blind randomized clinical trial was conducted on 37 patients with rheumatoid arthritis (with methotrexate treatment) at Rheumatology Outpatient Clinic of Cipto Mangunkusumo Hospital/Faculty of Medicine Universitas Indonesia, Jakarta. Patients with insulin, anti-hypertensive and other treatment which could affect sVCAM-1 and sE-Selectin level, were excluded. Eligible subjects were randomly assigned into two groups, 18 subjects were given hydroxychloroquine 400 mg/day and 19 subjects were given placebo, both given daily for 12 weeks. Serum sVCAM-1, sE-selectin, HOMA-IR, and ox-LDL level were examined using ELISA method, while FFA level using quantification colorimetric technique. Difference level of biomarkers in percentage before and after treatment and correlation between those biomarkers were evaluated. Result: A total of 37 subjects were enrolled in the study and randomized. During the observation, there were 6 drop-out subjects which were evenly distributed in both groups. Thirty one subjects analysed in this study, 15 subjects in the HCQ group and 16 subjects in the placebo group. Serum sVCAM-1 level decreased 15% (median) in HCQ treatment group after 12 weeks, while in placebo group, it increased 9%,7% (median) compared with pre-treatment level (p value <0,05). Serum sE-selectin level in HCQ group had a higher percentage of decrease compared with placebo group, but the difference was not significant. HOMA-IR, FFA, and ox-LDL level showed insignificant changes after HCQ therapy and had no correlation with sVCAM -1 and sE-selectin level. Conclusion: Treatment of 400 mg HCQ for 12 weeks in this study was proven to decrease sVCAM-1 level, but it was not proven to decrease sE-selectin, HOMA-IR, FFA, and ox-LDL level in RA patients. There were also no correlation between each HOMA-IR, FFA, and ox-LDL level with sVCAM-1 and sE-selectin level in this study.

Increased cardiovascular (CV) risk in patients with Rheumatoid Arthritis (RA) has been demonstrated from various study, including increased risk of stroke [1] coronary artery disease [1,2] and mortality [1,3]. Endothelial dysfunction, which is considered a key factor in atherogenesis, is associated with an increased risk of cardiovascular events [4]. Endothelial dysfunction is the failure of endothelial cells to maintain relaxed vascular tone and low level of oxidative stress by releasing Nitric Oxide (NO) and prostacyclin (PGI2), and also controlling pro-inflammatory and pro-coagulant factors [4].

The trial was a double-blind randomized clinical trial to assess the effect of HCQ administration on sVCAM-1 and sE-Selectin level (endothelial dysfunction biomarkers as primary outcome); as well as to HOMA-IR, FFA and ox-LDL level (metabolic change markers as secondary outcome). This study also assessed the correlation between any changes in endothelial dysfunction biomarkers with those various metabolic change markers. This study was conducted at the Rheumatology Outpatient Clinic of Cipto Mangunkusumo Hospital/Faculty of Medicine Universitas Indonesia, Jakarta.

Inclusion criteria in this study were RA patients diagnosed by ACR/EULAR 2010 RA classification criteria, who were being or planned to be treated with methotrexate monotherapy. The exclusion criteria included other autoimmune diseases, acute severe infections, acute cardiovascular events, malignancy or other chronic inflammatory diseases, and currently taking medications that influence the endothelial function marker level, such as ACE inhibitor or statin. The patients did not smoke for the last five years.

There were 40 RA patients who met the selection criteria and finally 37 patients agreed to join the study. A total of 37 subjects were alocated into two groups using block permuted randomization. There were 18 subjects in treatment group and 19 subjects in placebo group. Intervention code as the result of randomization was concealed in a sealed envelope to avoid knowing the sequence of therapy that was administered to the next patient.

This study was approved by Research Ethic Committee of Faculty of Medicine Universitas Indonesia, Jakarta. This study has been already recorded on www.clinicaltrials.gov with identification number NCT03085940.

The changes of all variables before and after intervention were reported as percentage, except DAS28-ESR variable which was the only variable analysed with absolute value changes. For comparisons of continuous independent variables changer between two groups (HCQ vs Placebo), nonparametric tests (Mann-Whitney U test) were applied, since the continuous variables of interest were not normally distributed. P values ≤ 0.05 were considered statistically significant, and all statistical tests were two-sided. Assessment of correlation between sVCAM-1 and sE-Selectin with HOMA-IR, FFA, and ox- LDL used Spearman correlation test.

A total of 37 subjects were enrolled in the study and randomized (Figure 1). During the observation, there were 6 drop-out subjects which were evenly distributed in both groups. In the HCQ group, two subjects were lost to follow up and one discontinued due to pregnancy planning (methotrexate treatment contraindication). While in the placebo group, there were one lost to follow up subject, one discontinued due to pregnancy planning, and one passed away. At the final evaluation, there were 15 subjects in treatment group and 16 subjects in placebo group. The baseline characteristics of subjects of both groups were presented in Table 1. 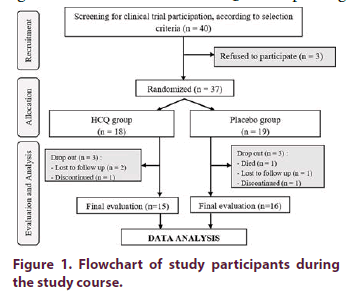 Figure 1: Flowchart of study participants during the study course.

The data on Table 2 revealed serum sVCAM-1 level decreased 15% (median) in HCQ group, while in placebo group, it increased 9,7% (median) compared with pre-treatment level. The difference in percentage rate change of sVCAM between two groups was significant (p value <0,05). On the other hand, the change of serum E-selectin level in HCQ group was found not significant (p value >0,05) (Table 3 and Table 4).

Table 2. Mean or median of sVCAM-1 and sE-selectin level percentage difference before and after intervention (12th week).

Table 3. HOMA-IR, FFA, and ox-LDL level changes (percentage decrease) in HCQ and placebo group before and after intervention (12th week).

Table 4. Correlation between Percentage Decrease of sVCAM-1 and sE-Selectin level with HOMA-IR, FFA, and Ox-LDL level Before and After Intervention.

To our knowledge, this is the first study to evaluate the effect of HCQ on endothelial dysfunction in patients with RA. The final data of this study revealed a 15% decrease in serum sVCAM-1 level in the HCQ treatment group, and significantly differed from the placebo group. Meanwhile, the other endothelial dyfunction marker, serum sE-selectin level in HCQ group had a higher percentage of decrease compared with placebo group, but the difference was not significant. The role of HCQ in improving endothelial dysfunction was not affected by inflammatory conditions, as the markers of inflammation and disease activity in both groups did not differ significantly. If we compared with other previous studies, using different drug interventions that also have the effect of improving endothelial dysfunction, inconsistent result were also obtained. A systematic review involving 23 studies on endothelial cell cultures showed an inconsistent result of sVCAM-1 and E-Selectin level after statin intervention [17].

In this study, the improvements of endothelial dysfunction was characterized by lowering of sVCAM-1 levels after HCQ therapy. However, these results were not followed by a significant decrease in SE-Selectin level. The cause of this phenomenon was unclear, but there are several possible explanations such as too short treatment period or different molecular mechanisms in the two biomolecules. There was in vitro study which revealed similar result. That study was conducted on endothelial cell cultures which was activated by TNF-α, and subsequently administered mevastatin. The result of the study showed a significant decrease in sVCAM-1 level, but significant increase in sE-selectin level. In that study, mevastatin was proven to inhibit sVCAM-1 and E-selectin mRNA expression. However, mevastatin also inhibited the removal of E-selectin on the surface of endothelial cells. There are two different pathways of E-Selectin removal from the endothelial cell surface : endocytosis and subsequent rapid degradation in lysosomal compartement, and the other pathway is proteolytically cleaved and secreted into extracelluler space (shedding). Mevastatin was able to inhibit endocytosis pathway, and increase shedding process [18]. Another possible explanation is that the duration of HCQ therapy is too short (only 12 weeks), so sE-Selectin level has not decreased yet.

Nevertheless, treatment of HCQ for RA patients have a clinical cardiovascular implication due to decrease of sVCAM-1 level. Dessein et al. [19] revealed a correlation between sVCAM level and thickening of tunica intima, tunica media, and plaque formation by evaluating 74 RA patients and 80 non-RA patients. Another study from Jeger et al. [20] found that an increase of 100 ng/ml sVCAM-1 level will increase the risk of cardiovascular event with RR 1.1 (1.05-1.15).

Another data in this study revealed a decrease of HOMA-IR, FFA, and ox-LDL decline but not statistically different between two groups. The role of HCQ to improve insulin resistance is still a matter of controversy. One clinical study showed a decrease in HOMA-IR values, improvement of the Matsuda Insulin Sensitivity Index (ISI), and insulin tolerance after HCQ treatment [21,22]. On the other hand, Solomon et al. [23] revealed the opposite result after three months of HCQ therapy. While the assessment of the effects of HCQ on FFA and ox-LDL, there has been no other study as a comparison. Overall, the result of this study showed that HCQ didn’t proved to affect insulin resistance, FFA, and ox-LDL.

This study also evaluated pathway that affected the improvement of endothelial dysfunction. The result showed no significant correlation between percentage reduction of sVCAM-1 and sESelectin with percentage reduction of HOMAIR, FFA, and ox-LDL. Throughout the author’s best knowledge, there has not been any research assessing the correlation between those factors in the RA population. The results of various in vitro and in vivo studies previously published in non-RA population revealed inconsistent results. In this study also revealed that the role of HCQ to the improvement of endothelial dysfunction is not affected by inflammatory conditions, as the markers of inflammation and disease activity in both groups did not differ significantly.

Our study has several limitations. The biomarkers of endothelial dysfunction that we used is a soluble form which have smaller biological function than the form that is bound to the surface of endothelial cells, besides the fact that the role of these molecules naturally will work more in the cells that produce these molecules, and the surrounding area. Another limitation was related to the number of drop-outs of 16% subjects, which was not analysed in the end of the study. According to Dziura et al. [24] that with 5%-20% drop-outs should be carefully assessed against possible bias, by evaluating randomization, missing data, distribution, missing data types, and also statistical analysis techniques.

Treatment of 400 mg HCQ for 12 weeks in this study was proven to decrease sVCAM-1 level, but it was not proven to decrease sE-selectin, HOMA-IR, FFA, and ox-LDL level in RA patients. There were also no correlation between each HOMA-IR, FFA, and ox-LDL level with sVCAM-1 and sE-selectin level in this study. As a suggestion, further research is needed to asses another pathway that can explain how HCQ can improve endothelial dysfunction in RA patients. Long-term effect of HCQ on Cardiovascular event, associated with morbidity or mortality is also required for follow-up studies with cohort design, clinical trials, or meta-analysis.