News & Views in ... Imaging in Medicine

Conduct disorder is a psychiatric condition known to arise in either childhood or adolescence. Individuals with the condition show verbal and physical aggression, and often destructive behavior. The developmental taxonomic theory proposes that neurodevelopmental factors only play a role in early-onset conduct disorder, attributing purely social factors to the etiology of teenage-onset symptoms. This research demonstrates that this may not be the case by highlighting important and previously unobserved brain abnormalities in teenagers with the disorder.

The study used 65 male adolescents with conduct disorder, with a healthy control group of 27 males. Structural MRI was used to obtain images of all participant brains, then voxel-based morphometry analysis was performed to compare the images for volume differences. This technique of analysis is an efficient method to investigate focal differences in brain anatomy. After a template is created, the images are warped, modulated, normalized and smoothed, then compared using statistical analysis.

“…the neurostructural findings from this study link directly to the behavioral and emotional problems associated with adolescent conduct disorder.”

The novel finding from this study is that the putative pathophysiological abnormalities of early-onset conduct disorder are also observed in adolescentonset conduct disorder. The predominant brain structural difference seen was reduced amygdala gray matter volume. Co-leader of the study, Graeme Fairchild (University of Cambridge), explains to Imaging in Medicine: “We know from previous research that the amygdala plays an important role in perceiving and experiencing emotions… We also previously showed that adolescents with conduct disorder have diff iculties in recognizing facial expressions of anger, disgust, and fear.” Therefore, the neurostructural findings from this study link directly to the behavioral and emotional problems associated with adolescent conduct disorder.

Fairchild mentions, “We do not know whether the changes in brain structure are a cause or an effect of the differences in behavior. In the future, we hope to run longitudinal brain imaging studies to investigate whether brain structure abnormalities precede the emergence of severe antisocial behavior in these individuals.”

MRI is likely to play an important role in future conduct disorder research. Fairchild provides a future perspective: “It would be interesting to study the changes that occur in the brain when adolescents with conduct disorder are undergoing psychological treatment. Are there neural markers in the brain that predict who will respond to treatment? …Does brain function or structure normalize in the adolescents who get better? These are important questions that need to be addressed in future research.”

“We do not know whether the changes in brain structure are a cause or an effect of the differences in behavior.”

A team of researchers lead by Hugh Garavan and Liam Nestor (Trinity College Dublin, Ireland) have utilized functional MRI to show that ex-smokers have enhanced cognitive control processes that may contribute to successful abstinence from smoking. The study was a collaboration with the Research Institute for a Tobacco Free Society (Dublin, Ireland), and found that previous smokers have greater neural activity in cortical areas that represent cognitive control than both current smokers and individuals that have never smoked. This increased activity may represent ‘willpower’ for circumventing cravings for nicotine.

“The resulting images showed smokers to have enhanced activity in subcortical regions, which are strongly associated with reward behavior, hence giving into cravings without inhibition.”

Functional MRI can produce detailed images of brain activity during cognitive processing. Using this technique allows us to observe any differences in neural processing between different groups of individuals.

The study involved two experiments on 13 individuals that had never smoked, 12 ex-smokers and 13 current smokers. The experiments included measuring behavioral and neural responses to smoking-related stimuli, and the neural activity underlying response inhibition. Throughout the tasks, functional MRI was used to identify how neural activity was distributed in processing responses. The resulting images showed smokers to have enhanced activity in subcortical regions, which are strongly associated with reward behavior, hence giving into cravings without inhibition. Conversely, former smokers had greater activity in prefrontal cortical regions than both current smokers and participants that had never smoked; these regions are associated with controlling behavior. Therefore, people whose brains strongly adopt this system are indicated to have enhanced willpower.

Using functional MRI to show the neural basis of overcoming substance addiction could help in the development of tailored smoking cessation therapies that aim to both reduce the reward-based cognitive processing typical in smoker brains and promote the cognitive control observed in individuals that have successfully given up the habit.

The first technique adopted to obtain images was PET combined with the imaging agent Pittsburgh Compound B, in order to visualize amyloid-b deposition in participant brains. High-resolution structural MRI was then used to determine the brain structures of all participants and image any potential cortical abnormalities. The PET images showed that the presence of amyloid-b plaques in clinically normal participants positively correlated with age, and the MRI results showed that these also correlated with reduced cortical thickness and reduced hippocampal volume. As amyloid-b deposition, cortical atrophy and age are all linked to Alzheimer’s, these results may indicate early disease pathology.

Keith Johnson, the senior author for this study explains: “Our findings support the theory that Alzheimer’s disease begins many years before symptoms appear and that amyloid plaque is an early sign of this process. We see that when amyloid deposits are present, even in cognitively normal individuals, the degenerative changes of Alzheimer’s are underway. Long-term studies to track these changes and observe how they evolve are ongoing.”

Another recent study that was also performed at Massachusetts General Hospital adopted a third imaging technique to investigate early Alzheimer’s pathology. Functional MRI was used in addition to PET and structural MRI to determine if there is a link between amyloid burden and functional neuronal connectivity in the brains of nondemented elderly individuals. The results revealed that neuronal dysfunction and disruption between brain regions were linked to amyloid-β deposition, supporting the idea that the presence of amyloid in clinically normal individuals’ brains may be a preclinical sign of Alzheimer’s. In addition, this study found that amyloid burden and neuronal dysfunction correlated with hypometabolism, which could be another early functional sign of Alzheimer’s.

It is assumed that the disease process in Alzheimer’s begins many years before symptoms become apparent; however, we cannot currently predict if individuals will develop Alzheimer’s disease. Research using multiple imaging techniques including PET, structural MRI and functional MRI could lead to the exposure of definitive early signs of the disease, and potentially direct treatment towards intervention prior to the development of cognitive impairment.

An innovative method for imaging the beating heart has been demonstrated in a pilot study by scientists of the Charité – Universitätsmedizin Berlin, Germany, and the Max-Delbrück-Center for Molecular Medicine Berlin-Buch, Germany. This functional MRI technique provides images with exceptionally high temporal and spatial resolution, unlike current heart imaging methods, which are blurred by cardiac motion.

The technology adopted to provide these high-quality images is MRI at 7.0 T. This is a functional magnetic resonance technique that enables clinicians to visualize anatomy at higher spatial and temporal resolutions than is possible with other cardiac imaging techniques, providing an excellent blood–myocardium contrast. The novel apparatus used for this study was a four-element cardiac transceiver surface coil array, which was developed at the Berlin Ultrahigh Field Facility (B.U.F.F., Germany). The powerful magnetic field passes from transmitter radiofrequency coils to receiver coils, producing a functional magnetic resonance image.

Cardiac magnetic resonance is an inherently difficult task owing to blood flow and beating motion disrupting the image produced. MRI at 7.0 T is a unique way of visualizing the heart in that it can take sharp synchronized images of the beating heart. Co-author of the study Thoralf Niendorf explains, “We correlate the image exposure with the heartbeat. Our procedure is immune to interference with strong magnetic fields so that we can compensate for the motion of the heart which results in high image quality free of cardiac motion-induced blurring and artifacts.”

“Our procedure is immune to interference with strong magnetic fields…”

Ultrahigh-field cardiac magnetic resonance is expected to drive future technological developments in this field. The ability to see the heart at such high temporal and spatial resolution could lead to improved accuracy of assessment and diagnosis for cardiac malfunctions. In addition, heart disease may be visible at an earlier stage and therefore treated before symptoms worsen.

A study published in the Proceedings of the US National Academy of Sciences has used x-ray interference signals to demonstrate contraction mechanics in muscle cells. A powerful new synchrotron x-ray method was used to track how muscle proteins change from resting to contracting in skeletal muscle, providing a detailed description of the molecular motions that take place. This research was carried out by an international team of scientists, including leading coauthors from Kings College (London, UK) and the European Synchrotron Radiation Facility (ESRF; Grenoble, France).

The technology used to record such detailed molecular events requires intense and narrow x-rays. Theyencheri Narayanan from the ESRF, who was a coauthor of the paper comments: “Studying a single intact and contracting muscle cell at the molecular scale in milliseconds became possible thanks to a new technique called x-ray interferometry based on low-angle diffraction.”

“To develop better drugs for heart failure, it’s likely that a better understanding of the molecular mechanisms of muscle regulation is needed, and that may be the long-term contribution of our experiments…”

Muscles contain two types of protein: actin filaments and myosin heads. When calcium enters the muscle cell, myosin heads move and the filaments slide to cause contraction. This is termed the ‘Sliding Filament Hypothesis’. This study has provided a substantial analysis of the sequence of positional and structural changes of muscle proteins.

The current understanding of actin and myosin movement is still only a hypothesis; with further x-ray research into this area, scientists may be able to gain a full understanding that could lead to potential therapeutics for muscular pathologies, including heart failure. Co-author of the study Malcolm Irving concluded: “To develop better drugs for heart failure, it’s likely that a better understanding of the molecular mechanisms of muscle regulation is needed, and that may be the long-term contribution of our experiments.” 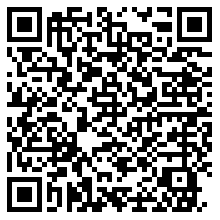