Risk of continued cognitive decline could be predicted with MRI, research suggests

A recent study has utilized an advanced MRI method along with an artificial intelligence technique, which is useful for identifying patterns, in an attempt to identify patients with mild cognitive impairment (MCI) whose cognitive ability is most likely to decline.

The same tests were carried out 1 year later on 67 of the patients from the original MCI sample. The neuropsychological tests showed that a total of 40 patients had stable MCI, but the disease was progressing in 27 patients.

“The findings reveal an accumulation of cerebral microhemorrhage in patients with mild cognitive impairment that is present at baseline, independent of subsequent cognitive decline.”

The MRI scans were detailed enough to reveal tiny blood vessel leakages, known as microbleeds, in the patients’ brains. Whilst only 14% of control participants showed microbleeds, 33% of patients with stable MCI had microbleeds and microbleeding was observed in 54% of those with progressive disease. Microbleeding was visually analyzed by two experienced neuroradiologists.

“The number of cerebral microbleeds was significantly higher in the individuals with mild cognitive impairment than those in the control group,” explained lead researcher Sven Haller.

In the Radiology paper the authors conclude that, “The findings reveal an accumulation of cerebral microhemorrhage in patients with mild cognitive impairment that is present at baseline, independent of subsequent cognitive decline.”

“The MRI scans showed that … individuals with MCI also had an altered iron concentration, with significantly increased concentrations in areas deep within the brain and lower than normal iron levels elsewhere.”

The MRI scans showed that, compared with the control participants, individuals with MCI also had an altered iron concentration, with significantly increased concentrations in areas deep within the brain and lower than normal iron levels elsewhere.

“Altered iron distribution in the subcortical nuclei was another distinguishing feature between the healthy control individuals and patients with mild cognitive impairment,” Haller confirmed. This altered iron distribution was analyzed using support vector machines, an artificial intelligence technique that can create classification within a group. This technique allowed researchers to distinguish patients with progressive MCI from those with stable MCI with 85% accuracy. Together, the two techniques may help identify individual patients with MCI at risk for further cognitive decline.

MRI may be suitable for noninvasive monitoring of great vessel stents

Researchers have discovered that MRI may be a safer alternative to CT when monitoring great vessel stents. The research was performed at three different centers: the Cardiorespiratory Unit at Great Ormond street, London, UK, The German Heart Centre, Berlin, Germany, and the L’Institut du Thorax, Nantes, France. The purpose of the study was to compare the diagnostic performance of MRI compared with CT assessment of great vessels stents in an in vitro model.

Until now CT has been regarded as the best method for monitoring of endovascular stents. However, there have been concerns regarding the long-term health implications of repeated ionizing radiation exposure, particularly with the type of patient often being treated with great vessel stents. Great vessel stents are commonly used in the treatment of congenital heart defects in children and young adults.

Conventional angiography can also be used to monitor vessel stents, however, owing to the invasive nature of the procedure, it is not suitable for routine survellience. MRI, which does not use ionizing radiation, has traditionally been thought of as an unreliable method of monitoring stents owing to defects found in some images.

The study revealed that the diagnostic accuracy of MRI visualization was high for all three commonly used great vessel stent materials tested. The visualization was dependent on the type of stent used, and the type of MRI sequence. The findings suggest that some MRI sequences allow accurate and noninvasive assessment of stents. The absence of ionizing radiation reduces the risk to vulnerable patients and could represent a significant change in clinical practice. Researchers may have identified a unique molecular pathway involved in the pathogenesis of Parkinson’s disease. The research identified a possible pathway that involved polyamine proteins. Polyamines have previously been found in high levels in patients suffering from Parkinson’s disease, however, the study, which was carried out at the Columbia University Medical Centre, New York, NY, USA, may be the first to identify the primary reason for the elevated polyamines.

Functional MRI is a type of MRI scan and monitors the change in blood flow related to neural activity; this modulation of blood flow is typically in the brain or spinal column of the patient. The technique is most commonly used in neuroimaging, for mapping of the brain.

The research suggested a link between polyamines and α-synuclein toxicity. Polyamines were found to enhance the toxicity of α-synuclein proteins and cause the build-up of these toxic proteins in neurons. This build-up causes the neurons to malfunction, and eventually to die. Using a mouse model of Parkinson’s disease, the researchers were able to demonstrate that polyamine-reducing drugs had a protective effect from the progression of the disease.

The current treatments for Parkinson’s disease are used to manage and alleviate some of the symptoms of the disease. However, the accumulation of toxic proteins and subsequent death of neurons cannot be prevented or reversed. Polyaminelowering drugs may be used to prevent this accumulation and neuron damage and therefore slow down the progression of the disease.

The study concludes that further analysis of the feasibility of polyamine-lowering drugs is required, in particular, more information regarding the ability of the drug to pass through the blood–brain barrier is required. However, if these drugs, which are already available for treatment of other diseases, can reduce the levels of polyamines in the brain, they may prove instrumental in slowing the progression of Parkinson’s disease.

Cardiologists may be able to improve the outcome of pacemaker procedures by using a new imaging technique.

The research, which was performed at the University of Western Ontario, Ontario, Canada, involved the development of a innovative new 3D imaging technique to determine the presence and location of scar tissue within the muscle.

The two images, the initial scan showing the blood vessels and the second scan showing the scar tissue, can be fused to provide a 3D model of the heart. The fusing of these two images allows cardiologists to view the scar tissue and vessels simultaneously and easily. James White, who led the study, commented that “this is the first time we have been able to visualize myocardial scar and the heart’s blood vessels and the same time.”

Scar tissue in the heart is usually a result of myocardial infarction or viral infection, both of which can result in permanent damage and scarring to the muscle. The 3D model of the heart allows surgeons to fully understand the damage sustained to the blood vessels and relate this injury to the blood flow.

The 3D model may allow surgeons and cardiologists to more effectively target specific vessels and areas which will respond favorably to therapy, rather than tissue which may already have sustained unseen damage. In current surgical interventions surgeons often have to decide which blocked blood vessels to open, prior knowledge of any damage to these blood vessels may assist surgeons to identify suitable vessels. The researchers hope that this will result in more effective treatment and a better response to cardiovascular surgical interventions.

The technique, which was performed on 55 patients receiving bypass surgery or the insertion of a cardiac resynchronization therapy pacemaker, demonstrated an incremental clinical impact in 67% of patients. The researchers suggest the imaging method may be a valuable tool in vascular-based interventions, particularly when the position of scarring may be pertinent to therapeutic success. 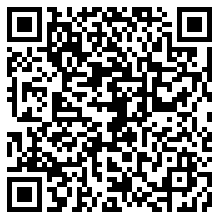