Nicergoline has been widely used for various conditions, including cerebrovascular disorders and senile mental impairment. However, the precise mechanisms underlying this neuroprotection remain unknown. We investigated the neuroprotective properties of nicergoline on outcome after focal ischemia in rats. Sprague–Dawley rats were treated with nicergoline or vehicle through a gavage feeding needle for 7 days before the induction of ischemia. For ischemia, rats were subjected to transient middle cerebral artery occlusion (tMCAO) or permanent middle cerebral artery occlusion (pMCAO). Magnetic resonance imaging was used to obtain cerebral blood flow (CBF) measurements at 24 hours after tMCAO and pMCAO. Nicergoline significantly diminished infarct area and edema volume compared with the vehicle-treated group at 24 hours after tMCAO, but there was no significant reduction in behavioral dysfunction. Twenty-four hours after pMCAO, the nicergoline-treated group showed significantly reduced infarcts, edema, and neurological scores compared with the vehicle-treated group. Decreased areas of CBF were markedly smaller in the nicergoline-treated group compared with the vehicle-treated group 24 hours after occlusion in both models. This study shows that pretreatment with nicergoline prevents brain damage, and increased CBF levels may be involved in the neuroprotective mechanism of nicergoline after acute stroke.

Ischemic brain injury often causes irreversible brain damage and leads to severe disability. Development of a neuroprotective therapy for acute cerebral ischemia to salvage ischemic penumbra is crucial and is becoming essential with the increasing use of acute recanalization therapies, such as thrombolysis (Hacke et al. 2008) and mechanical removal of clots (Smith et al. 2008). Although various neuroprotective compounds have been developed for ischemic stroke, satisfactory drug treatments are lacking in clinical practice.

This study was designed to characterize the effects of different nicergoline doses on the outcome after transient (tMCAO) and permanent middle cerebral artery occlusion (pMCAO) in rats.

All experimental protocols were approved by our Institutional Committee on Animal Research. These protocols were carried out in accordance with the National Institutes of Health guidelines for the care and use of laboratory animals.

Adult male Sprague–Dawley rats (250-300 g) that were purchased from Sankyo Labo Service (Tokyo, Japan) were used in the present study. Rats were fasted overnight before surgery with free access to tap water. Anesthesia was initially induced with 5% halothane, and then was maintained with 1% halothane in a mixture of 70% N2O and 30% O2 under spontaneous breathing. A polyethylene PE-50 catheter was inserted into the tail artery to monitor mean arterial blood pressure and perform blood sampling. The right femoral vein was also cannulated using a PE-50 catheter for administration of drugs. Blood gases and blood glucose levels were measured just before and during ischemia. Body temperature was maintained at 37°C, using a heating pad, during the surgical procedure for middle cerebral artery occlusion (MCAO). Blood samples were collected from the tail artery before and during MCAO for measurement of pH, PO2, and PCO2 by using blood gas analysis apparatus.

In experiment 1, rats were subjected to 90 minutes of focal cerebral ischemia. This was followed by 24 hours of reperfusion using an intraluminal suture technique with modification, as described in detail previously (Arii T et al. 2001, Nito C et al. 2004). Briefly, the left common, internal, and external carotid arteries were carefully exposed through a midline cervical incision, and the common and external carotid arteries were doubly ligated using 4-0 silk sutures. The left middle cerebral artery (MCA) was occluded by inserting a silicone rubber-coated 4-0 nylon thread through the left internal carotid artery for 90 minutes, and reperfusion was achieved by withdrawing the thread. Sham control animals were treated in the same way without MCAO.

In experiment 2, another set of rats were subjected to pMCAO using a modified Tamura model of stroke (Tamura et al. 1981). Briefly, a burr hole was drilled through the temporal skull after making a 1-cm skin incision between the left eye and ear. The dura mater was removed and the MCA was occluded permanently using bipolar electrocoagulation forceps. Sham-operated animals were subjected to the same procedure, except for coagulation of the MCA.

To confirm MCA occlusion and a reduction in cerebral blood flow (CBF), magnetic resonance imaging (MRI) was performed using a 7T/18-cm horizontal magnet (Magnex Scientific, Abingdon, UK) with a Varian Unity-INOVA-300 (Varian Inc., Palo Alto, CA) system that was equipped with an actively shielded gradient. A 6-cm internal diameter quadrature birdcage coil was used in the study. Cerebral perfusion images at the level of the bregma were obtained after ischemic induction using a continuous arterial spin labeling method (Williams et al. 1992), which was modified with a centrally encoded variable-tip-angle gradient echo technique (Ewing et al. 2003). Inflowing protons of the arterial blood were labeled by adiabatic inversion with an axial gradient of ± 4.5 kHz/mm and a continuous radiofrequency transmission of approximately 0.6 kHz at a frequency offset of ± 9 kHz. This placed the inversion plane 20 mm below the imaging plane. Gradient echo parameters were as follows: repetition time of 5 ms; echo time of 3 ms; field of view of 50 × 50 mm; slice thickness of 2 mm; and matrix size of 128 × 64. Forty-eight pairs of images were produced with and without inversion of inflowing protons, and were summed to improve the signal-to-noise ratio. Image manipulation was carried out using MR vision software (MR Vision Co., Menlo Park, CA) on a Blade1000 workstation (Sun Microsystems, Milpitas, CA).

The rats were anesthetized and decapitated 24 hours after ischemia. Two-mm-thick coronal sections were cut and stained by immersion in 2% 2,3,5-triphenyltetrazolium chloride (TTC) at 37C and fixed in 10% buffered formalin overnight (n=6 in each group).

The area of the ischemic lesion in each section was measured and multiplied by the interval thickness using an image analysis system (NIH image software). Edema volume was determined by subtracting the non-ischemic volume from the ischemic volume (Maier et al. 1998).

Neurological symptoms in several experimental rats were blindly examined at 24 hours after ischemia using a scoring system based on the detection of hemiplegia and abnormal posture (n=6 in each group) (Yonemori et al. 1998). The right hind limb of each rat was gently extended with round-tipped forceps and the flexor response was scored as follows: 0, normal; 1, slight deficit; 2, moderate deficit; and 3, severe deficit. To assess posture, the rats were suspended by the tail, and forelimb flexion and body twisting were scored as follows: 0, normal; 1, slight twisting; 2, marked twisting; and 3, marked twisting and forelimb flexion.

The data are expressed as mean ± standard deviation. The unpaired t-test or one-way analysis of variance followed by Fisher’s protected least significant difference post hoc test were used for comparison of the physiological results, infarct volume, edema volume, and decreased CBF areas. The Mann–Whitney U test was used to compare neurological scores. A p value < 0.05 was considered statistically significant.

There were no significant differences in physiological parameters, including rectal temperature, mean arterial blood pressure, pH, pCO2, and pO2, between the vehicle- and nicergoline-treated groups before or during MCAO (45 minutes after MCAO), or just before reperfusion (90 minutes after MCAO) (Table 1). There were also no differences in these parameters between pre-pMCAO and post-pMCAO (Table 2).

Table 1: Physiological parameters before and after tMCAO

Table 2: Physiological parameters before and after pMCAO CBF as shown by MRI In this study, we showed that treatment with nicergoline led to neuroprotection after MCAO as shown by reduced infarct area and edema volume, as well as improved functional outcome without changing basic physiology. Treatment with 3 mg/kg or 100 mg/kg nicergoline failed to have a significant effect on ischemic damage after tMCAO. Protection 24 hours after tMCAO due to pre-treatment nicergoline was most effective with the middle dose of 10 mg/kg, but there was no significant reduction in behavioral dysfunction compared with the vehicle-treated group. CBF at 24 hours after tMCAO recovered significantly better with 10 mg/kg nicergoline treatment compared with the vehicle-treated group. To confirm the effect of the middle nicergoline dose, we showed that a single treatment of 10 mg/kg nicergoline after pMCAO reduced the infarct area and the extent of breakdown of the blood–brain barrier, which resulted in improved behavior after 24 hours. A high dose of nicergoline (i.e., 100 mg/kg) might be more cytotoxic for the brain than an intermediate dose. Nicergoline improved behavior after permanent, but not transient, MCAO. Changes in CBF did not entirely explain the observed nicergoline effect, but CBF after pMCAO was better preserved in the nicergoline group than CBF after tMCAO. This finding might be related to a greater reduction in infarction and improvement of neurological deficits with pMCAO. Since tMCAO is associated with reperfuson by removing intraluminal suture from MCA, CBF reduction might be not changed a lot by administration of nicergoline. The previous studies have reported that there is a strong correlation of CBF and infarct volume with a reduction of infarct volume below a mean CBF value of 20% to 30% from normal in the pMCAO model (Buchan et al. 1992; Nagasawa and Kogure, 1989). Moreover, those studies emphasized the critical importance of such a threshold in this model, which means that small changes in regional CBF can translate to much larger effects in outcome. Nicergoline is an alpha-adrenergic receptor blocking agent, which affects CBF by reducing cerebrovascular resistance (Heitz et al. 1986). Using 2 types of models of rat MCA occlusion, we also demonstrated that pretreatment with nicergoline increased CBF levels after ischemia and prevented brain damage. An increased CBF level may be involved in one of the neuroprotective mechanisms of nicergoline following acute cerebral infarction.

These findings suggest that pretreatment with nicergoline prevents brain damage after transient and permanent focal ischemia in rats, and that this effect is partly mediated by improved CBF. Our data suggest that nicergoline is a suitable candidate drug for successful clinical translation in acute ischemic stroke.

This study was supported in part by a Grant-in Aid for Scientific Research (c) 12670624 from the Ministry of Education, Science Culture and Sports of Japan. Nicergoline was generously supplied by Tanabe Mitsubishi Pharmaceutical (Tokyo, Japan).

The authors have received no financial support in conjunction with the generation of this submission. 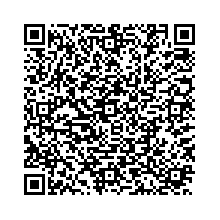