Stem cells are characterized by their ability to self-renew and their potential for multilineage differentiation. These properties enable them to regenerate the heart after injury. Preclinical studies have confirmed that stems cells can repair damaged myocardium. Clinical studies have also shown promise, but results have been inconsistent, raising many fundamental questions regarding the feasibility of cell-based therapies. Actual clinical implementation will require a better understanding of the efficacy of stem cell transplantation, which can be achieved quantitatively and qualitatively by various molecular and conventional imaging technologies.

Growing evidence from preclinical studies has shown that stem cell therapy can reduce scar formation and fibrosis and improve cardiac function. This has prompted rapid translation into preliminary human studies. Results, however, have so far been mixed. Some studies have shown improvement in cardiac function while others have demonstrated no significant effect. In two randomized trials, patients who were treated with bone marrow cells (BMCs) had no improvement in left ventricular (LV) function compared with controls [1,2]. By contrast, in two other randomized trials, patients treated with BMCs or circulating progenitor cells had improvement in LV remodeling and contractility [3,4], although improvement was greatest among those receiving BMCs [4].

These mixed results have raised fundamental questions regarding the application of stem cell therapy for myocardial regeneration. For instance, what are the intrinsic and extrinsic molecular and cellular factors that affect myocardial improvement? What is the optimal cell type, time of delivery, delivery technique and cell dosage for therapy? Do these transplanted cells survive, integrate and proliferate in the short and long term? In vivo imaging can help address these important questions.

The ideal noninvasive imaging technique should provide an integrated assessment of the entire process of cell engraftment, survival and functional recovery. Evaluation of cell engraftment and survival requires direct visualization of transplanted cells that can only be achieved with molecular imaging techniques. Molecular imaging uses cell labeling to provide real-time imaging of the following processes: stem cell localization and mobilization; short- and longterm survival and proliferation kinetics; differentiation into cardiac cells or fusion with host cardiomyocytes; and activation or regulation of genes or cytokines. These cell labels should be nontoxic, biocompatible and reflective of biological changes such as cell death and proliferation. At this time, none of the current techniques have all of these advantages and choosing a modality will likely depend on the relevant biological question being asked.

Several molecular imaging techniques are available to follow stem cell fate, including direct cell labeling and reporter gene imaging. Direct labeling using iron oxide coupled with MRI has the advantage of high spatial resolution and is relatively safer. Labeling cells with iron oxide is relatively nontoxic and does not appear to affect stem cell differentiation. In addition, MRI does not expose subjects to harmful radiation. One of the disadvantages of MRI is its low sensitivity, with a detection threshold of only approximately 105 cells using conventional scanners. Using higher magnetic fields (11.7 Tesla), the sensitivity can be reduced to the level of single cells containing a single iron particle [5], but such high magnetic fields are not safe in humans. Another disadvantage is that the imaging results from cells do not directly reflect the actual viability of cells because iron oxide may be released after cell death and may accumulate in bystander cells (e.g., macrophages) [6]. Cell division can also dilute the magnetic label. These effects may confound any quantitative assessment of cell trafficking.

Direct labeling of cells by radionuclide agents is another approach that is more sensitive than MRI, albeit with lower spatial resolution. Its higher sensitivity has enabled the tracking of the kinetics of stem cell engraftment [7]. The main disadvantages of the radionuclide labeling approach include: exposure to radiation; radioactive decay may not be directly proportional to cell viability; and short half-lives of isotopes result in imaging signal loss in a few days.

“Actual clinical implementation will require a better understanding of the efficacy of stem cell transplantation, which can be achieved quantitatively and qualitatively by various molecular and conventional imaging technologies.”

Another imaging approach for cell trafficking is reporter gene imaging. In this technique, specific reporter genes are transferred to cells via viral or nonviral transfection. After transplantation, cells can be detected using reporter probes (e.g., radiolabeled, optical or iron particles) that specifically target the reporter gene products (i.e., reporter proteins). The signals registered from interaction of reporter protein and reporter probe are then recorded using nuclear imaging, MRI or a charge-coupled device camera. There are several advantages of this approach. First, because reporter protein expression requires intact DNA transcription and RNA translation, the imaging signal will be dependent on cell viability. Second, the reporter gene can be integrated into the cellular chromosome via integrating vectors and passed from the mother to daughter cell, which allows monitoring of cellular proliferation and repeat imaging over long periods of time. Finally, combinations of multiple reporter genes or promoters allow for multimodality visualization of complicated molecular pathways such as cell differentiation. The reporter approach, however, is still mostly limited to animal models owing to concern regarding reporter gene immunogenicity and genetic modification of stem cells. A recent proof-of-principle study demonstrated the safe tracking of T cells expressing a PET reporter gene in a patient with glioblastoma [8], giving hope to wider clinical application in the future.

In addition to evaluating cell engraftment and survival, imaging can be used to assess the functional effects of therapy. Changes in LV function and remodeling, myocardial perfusion, infarct size and myocardial viability can be measured by various imaging modalities that are currently used in clinical practice. Although noninvasive assessment of LV function and size can be achieved with multiple modalities, including echocardiography and nuclear techniques, MRI is becoming increasingly popular owing to its high spatial resolution, allowing a detection of small changes in LV function and size. Following stem cell therapy, improvement in LV function can be as minor as 3% to as large as 10%. Most studies have also reported no significant increase in LV size in patients receiving stem cell therapy but an increase of 10 ml/m2 in controls, suggesting that therapy may prevent remodeling [9]. MRI can also demonstrate improvement in regional LV function in the infarct zone, which is most commonly observed following stem cell therapy. In addition, MRI has high reproducibility and does not expose patients to radiation.

The exact mechanism of how stem cells improve cardiac function is still unknown. Using myocardial perfusion imaging, a reduction in defect size has been shown after stem cell transplantation [9]. Most studies have evaluated changes in resting perfusion and have used nuclear imaging techniques. PET can evaluate the absolute quantification of myocardial perfusion whereas SPECT can provide information on relative changes of tracer uptake. Reduction in infarct size has been demonstrated in both the acute and chronic setting after stem cell therapy [9]. Likewise, a variety of techniques are available to directly visualize scar tissue, including nuclear imaging and contrastenhanced MRI. Contrast-enhanced MRI can clearly discriminate between subendocardial and transmural infarction. In a recent study, treated and untreated patients had comparable reductions in infarct size detected by MRI; however, the improvement in LV function was greater in treated patients [10]. It remains unclear whether the changes in infarct size are related to the natural evolution after reperfusion injury or are a result of stem cell transplantation.

The final measure of functional outcome is myocardial viability. Available techniques for viability evaluation include nuclear imaging or measurement of contractile reserve. Studies using nuclear imaging techniques have shown improvement in tracer uptake post-therapy [9]; however, contractile reserve measured by echocardiography has not shown significant enhancement. These inconsistent results may be due to the fact that contractile reserve might be lost early relative to glucose utilization (which is used to measure viability in nuclear studies). However, it is possible that echocardiography lacks adequate spatial resolution to detect changes in contractile reserve. Preliminary studies using MRI have shown that manganese, an intracellular contrast agent, may provide additional information on myocardial viability [11].

In summary, imaging is vital for the study and clinical application of cardiac stem cells [12]. Demonstration of the efficacy of stem cell therapy requires in vivo cell trafficking and assessment of functional recovery that can be achieved by molecular and standard imaging techniques, respectively. Although many fundamental questions remain, imaging will help enable future routine clinical implementation of stem cell therapy.

This work was supported in part by a grant from the NIH (RC1HL099117). The authors have no other relevant affiliations or financial involvement with any organization or entity with a financial interest in or financial conflict with the subject matter or materials discussed in the manuscript apart from those disclosed. 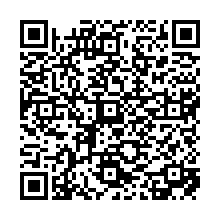