USA researchers in Berkeley (CA, USA) report on a method that boosts the MRI signal. Meanwhile, the University of Nottingham (UK) has built a specialized MRI unit to carry out clinical trials in hyperpolarized xenon MRI of the lung.

Scientists from the University of California, Berkeley (CA, USA) have published findings from their work in hyperpolarized xenon signal amplification by gas extraction (Hyper-SAGE). They describe a method for enhancing the sensitivity of MRI of dissolved xenon by detecting the signal following extraction to the gas phase.

Although the best method currently available for the analysis of chemical composition of a sample is nuclear magnetic resonance/MRI, the technique has its limitations in that it is based on a weak signal, with unprecise alignment of atomic nuclei.

Hyper-SAGE aims to increase the density of polarized gas in the detection coil by taking advantage of a change in physical phase. The xenon gas is subjected to laser light to hyperpolarize the spins of its atomic nuclei to optimize the number pointing in the same direction. “By detecting the MRI signal of dissolved hyperpolarized xenon after the xenon has been extracted back into the gas phase, we can boost the signal’s strength up to 10,000 times,” Alexander Pines, pioneer of the technique, says. “It is absolutely amazing because we’re looking at pure gas and can reconstruct the whole image of our target. With this degree of sensitivity, Hyper-SAGE becomes a highly promising tool for in vivo diagnostics and molecular imaging.”

The clinical application of this research will be investigated at Queen’s Medical Centre (Nottingham, UK). The recent construction of a new MRI research unit will enable the study of Hyper-SAGE in a range of respiratory diseases and may improve treatment of patients with chronic obstructive pulmonary disease (COPD), asthma and lung fibrosis.

Current imaging of the lungs involves the use of a limited number of computed tomography and x-ray scans to produce an image that depicts the structure of the lung but not its functional ability. In order to reduce cumulative radiation-exposure, radiologists aim to limit the number of times these scans are performed.

Ian Hall of the University of Nottingham Medical School (UK) and Peter Morris, Director of the Sir Peter Mansfield MRI Centre were awarded grants from a range of sources that totals UK£3 million. This will fund clinical trials using a specially adapted MRI machine to monitor patient inhalation of harmless xenon-129 gas that has been hyperpolarized to make it detectable by the scanner. The images generated after inhalation of xenon-129 not only give a detailed picture of both healthy and damaged areas of the lung but they also show absorption of gas into the bloodstream, allowing doctors to monitor oxygen diffusion across the alveolar membrane.

This approach to lung imaging has been tried previously but has centered on the use of helium‑3, which is difficult to obtain and thus there is uncertainty regarding its use in the clinic. Hall and his team believe that, if successful, these trials could prove hugely useful for identifying and determining the severity of lung diseases that are a major health burden, such as COPD.

“This research has huge implications for the treatment and monitoring of lung disease,” says Hall of the scans that may have a use in guiding surgeons performing lungreducing operations. Clinical trials will soon begin in healthy volunteers followed by trials using patients with COPD and lung fibrosis and Hall is hopeful about their success, “We are very excited to be able to combine our world-renowned MRI knowledge with the clinical expertise at the Queen’s Medical Centre to try and develop hyperpolarized xenon MRI as the diagnostic and therapeutic monitoring tool of choice for lung-related diseases in the future.”

MRI for prostate cancer detection A team of researchers from the University of Toronto (ON, Canada) have investigated the role of MRI in the detection of a certain form of prostate cancer. The study looked at patients who either have a negative biopsy or low-volume disease, and identified that as there is the possibility that their pathology is aggressive, this group of patients should be considered for MRI and further biopsy.

In addition, the study authors concluded that there is a case for a new type of prostate cancer, to cover anterior predominant tumors that are impalpable. They suggest the new term for such a pathology could be ‘prostate evasive anterior tumor syndrome’. The researchers also make a call for further analysis in large prospective databases, to consider when MRI and targeted biopsies are necessary.

“Our findings identify a specific high-risk group whose tumors are difficult to diagnose because of location. These men benefit from MRI, which guides the biopsy procedure with a high degree of accuracy,” says author Nathan Lawrentschuk, Urologic Oncology Fellow, PMH Cancer Program, University Health Network, University of Toronto.

These conclusions were made following research in patients that had anteriorly predominant prostate tumors that had undergone prostate biopsy. The 31 patients were identified through retrospective analysis of the Princess Margaret Hospital (Toronto, ON, Canada) databases.

In the majority of cases, MRI had been carried out in light of prostate-specific antigen (PSA) level or PSA velocity. In 27 out of 31 cases (87%), MRI had a positive predictive value for anterior tumors.

Findings from the study were published in the British Journal of Urology International, in their abstract, the authors state that their objective was, “To review our experience and delineate the role of magnetic resonance imaging in identifying patients presenting with a raised prostate-specific antigen level and clinical findings suggestive of anterior predominant tumors, which appear to be significant, particularly in those with a previous negative biopsy or low-volume disease undergoing active surveillance”. The research is of great interest to clinicians with respect to the management of men with elevated PSA levels who are carefully monitored with repeated negative biopsies, but who still develop aggressive prostate cancer.

A study at Vancouver General Hospital (BC, Canada) reports that in some cases computed tomography scans will be of benefit to patient care.

Much investigation into the role of imaging in A‑HIN1 flu patients has taken place over recent months. One such study, a retrospective study published in the The American Journal of Roentgenology, involved seven patients (six male and one female), selected for the study as they had tested positive for the swine flu (H1N1) virus and had undergone chest imaging. The authors report on the common findings, which were predominantly round-glass opacities.

The authors of the study admit that there are limitations in there findings, including a limited number of cases being included and that, owing to the lack of lung biopsy or autopsy, it was not possible to investigate radiographic–histopathologic correlation. Principal investigator Amr Ajlan, a radiologist at the Vancouver General Hospital (BC, Canada), suggests that computed tomography (CT) should be considered in patients at high-risk of complications as CT may be better than standard chest x‑ray for characterizing and showing the extent of the disease and stated “most cases of H1N1 are mild and self-limited. However, high-risk patients are more likely to have severe complications.

Our study suggests that CT is superior to standard chest x-rays and should be the imaging modality of choice in high-risk patients.”

Radiologi s t s c aution against CT misuse in swine f lu diagnosis. However, this is not to suggest that CT should be used as a first-line diagnostic test for swine f lu (H1N1), and certainly not in pediatric patients. 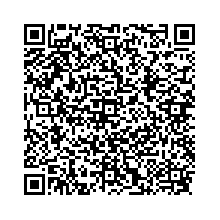