Highlights from the latest articles in neuroimaging

We anticipate that an important trend in functional neuroimaging will be a further integration of multimodal spatial and temporal information from brain measurements. In line with this trend, we will see further progress in combining different imaging and stimulation techniques, such as MRI, functional MRI (fMRI), near-infrared spectroscopy (NIRS), magnetoencephalography (MEG), EEG and transcranial magnetic stimulation (TMS) or electrical stimulation [1–7]. This will lead to novel ways of brain imaging where the spatiotemporal neurodynamics are of key importance. The papers summarized below provide evidence of the significance of the functional state of the brain on subsequent behavioral measures. We want to stress that, although functional imaging either in the resting state or during sensory or electromagnetic stimulation provides essential information, including the timing of successive network nodes after stimulation and the coherence of activity, the combined spatiotemporal dynamics of brain activity are typically not fully addressed. Here, we emphasize the relationship between spatial coactivation of neuronal populations and temporal neuronal dynamics, both of which address interactions between different neuronal events separated in space or time. In this view, spatial and temporal aspects provide a complementary description of neuronal activation. Brain responses and behavior are often studied independently of the neuronal events preceding the stimuli, thus ignoring neuronal dynamics. However, here we point out that phase [8], amplitude [9] and even spatial synchronization of the prestimulus neuronal oscillations [10] have an impact on the subsequent neuronal processing evoked by the stimuli. Moreover, not only the events in the immediate vicinity of the stimuli have a capacity to change subsequent brain responses, but the indices of neuronal dynamics, such as long-range temporal correlations (LRTCs) measured at rest, can also be predictive of the subject’s task performance at a later time [11–13]. This in turn indicates that even a very precise description of the spatiotemporal neuronal responses to stimuli is not invariant to the neuronal states preceding the stimuli. Moreover, not one aspect of neuronal activation but rather a combination of different features, such as amplitude, phase, connectivity/synchronization and temporal neuronal dynamics, should be considered to capture the well-known but poorly-understood variability of neuronal responses. Functional neuroimaging requires novel approaches that are adequate for characterizing the remarkable complexity of the brain and its dynamics. These approaches should not only quantify neuronal processes and their dependency on background states but also provide a basis for building models that explain the rich repertoire of spatiotemporal neuronal activations. Brain stimulation techniques, such as TMS, can be used to test and constrain such models, particularly when combined with subsequent functional measurements, for example, with EEG, NIRS or fMRI.

Human behavior shows considerable variability even when the performed actions involve fairly standard types of responses and timing. For instance, when one is asked to tap continuously with a finger every second, this seemingly simple motor task unavoidably leads to errors in timing. Smit et al. used this imperfection in our motor behavior to study how temporal neuronal dynamics (LRTCs) recorded at a different time, might predict patterns in errors when performing a task. LRTCs have previously been shown to be present in the temporal dynamics of both cortical and subcortical structures, extending for tens of seconds and thus indicating that the complex neuronal activity may be optimally shaped for the processing of information in the brain. In order to study neuronal dynamics noninvasively, the authors used multichannel EEG and extracted amplitude envelopes of neuronal oscillations at different frequency ranges. They showed that LRTCs obtained at rest in the amplitude of a-oscillations (here, 9–13 Hz) at the precentral cortical areas correlated with LRTCs of a tapping task in a separate session. This correlation indicates that individual features of the cortical neuronal dynamics may impose constraints on how we can perform a specific task. Given that LRTCs are generated in spatially extended neuronal networks, an interesting research theme would be to relate LRTCs to a distributed neuronal organization (connectivity patterns) to gain a more integrative insight into the spatiotemporal complexity of neuronal interactions at rest and their predictive value for human behavior.

Working memory is related to the phase of ongoing neuronal oscillations

The role of the most prominent cerebral oscillatory activity, the a-rhythm, is still poorly known. It was previously considered an idling phenomenon, but people started to wonder why such a strong and energy-consuming process would have developed for no purpose. The present study, involving a combination of hemodynamic imaging (fMRI), neurophysiological measurements (EEG) and noninvasive brain stimulation (TMS), addressed the role of the a-rhythm in the working memory of visual motion. The 23 volunteer subjects had to accurately keep in mind the direction of motion of gray dots presented to them on a black background. After a 2-s period with no dots on the screen, their task was to press one of two buttons depending on whether a new set of dots moved in the memorized direction or in a slightly different direction. First, fMRI was used to locate the individual brain area V5, which is active during such a visual–motion task. Then, the inferior frontal junction, an area known to be involved in working memory encoding, was located using fMRI functional connectivity analysis. Subsequently, TM Spulses were targeted to either the V5, inferior frontal junction or a control site (vertex) at different times relative to the onset of the encoding stimulus (the first set of moving dots). EEG, and in particular the a-rhythm, was measured concurrently. It was found that TMS to the V5, but not to the inferior frontal junction or vertex, quickened the button pressing when the stimuli were given 100 ms prior (but not at other times) to the encoding stimulus onset. This effect was strongest when the a-signal peaked; thus, the effect of brain stimulation on reaction time depends on the phase of the a-rhythm at the time of TMS delivery. In addition, the timing relative to the encoding process was essential. This study further supports the conclusion that cerebral responses depend on the state of the nervous system in specific ways and that a proper interpretation of the results requires one to take into account the dynamic processes in the brain.

These researchers studied how motor cortex excitability is modulated by background brain activity and variations in functional cortico–cortical connectivity. Motor evoked potentials (MEPs) following the delivery of TMS to the left motor cortex were measured from eight volunteers by recording the electrical responses of their first dorsal interosseus muscles (one of the muscles moving the index finger). The variability in these responses is likely due to changes in cortico–spinal excitability. During magnetic stimulation, 32-channel EEG was recorded. The coordinate systems of the EEG and TMS were coregistered stereotactically with respect to individual head MRI. The TMS navigation system showed in real time the location and orientation angles of the stimulating coil, thereby guaranteeing repeatable TMS targeting. For each subject, the muscle responses were divided into high and low categories according to the MEP amplitude. Coherences between electrodes were calculated in the high and low MEP conditions. It was found that high MEP amplitudes were associated with more coherent d-frequency brain activity bilaterally in the centro–parieto–occipital areas as well as coherent b-activity in the left frontal areas. These results point towards the importance of connectivity and coherent activity in the control of cortical excitability. Although the study only involved the motor cortex, there is reason to believe that the excitability and, therefore, information processing in other cortical regions are similarly affected by ongoing oscillatory activity in the network.

The dynamics of neuronal oscillations in the anticipation of upcoming pain

Brain activity is evoked not only by stimuli or movements but it also changes in anticipation to upcoming events, thus bearing a form of predictive coding directed at a better perception of the future. This is especially true for biologically relevant stimuli such as those leading to pain. Höfle et al. studied how the observation of an approaching needle, while one anticipates a painful stimulus, influences neural processes. The authors synchronized the presentation of a video clip, which depicted an approaching needle, with the onset of an electrical stimulus imitating a painful prick. For the reconstruction of the neuronal sources in the cortex, a beam-forming technique was used. Analysis of a-oscillations revealed their modulation in the posterior cingulate cortex and fusiform gyrus before the application of the electrical stimulus. In addition, a-activity in the posterior cingulate cortex correlated with the pupil-dilation response. The latter finding, in turn, indicates that the instantaneous state of the cortex, preceding the stimulus, affects the recruitment of neuronal responses responsible for an autonomic nervous system reaction. The authors concluded that the anticipatory reduction of a-activity in the posterior cingulate cortex may reflect neuronal processes responsible for the protection of the body from the upcoming harmful influences. We further hypothesize that the single-trial variability in the instantaneous level of a-oscillations, preceding the response, may relate to changes in the excitability, which was hypothesized to be related to temporal neuronal dynamics (e.g., LRTCs). Moreover, since the authors observed changes in the prestimulus a-oscillations in both the posterior cingulate cortex and fusiform gyrus, an additional link to further understanding of anticipatory neuronal processes might be based on the analysis of cortical connectivity related to these structures. 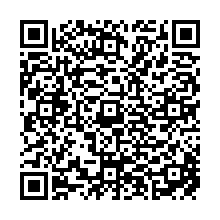