Parkinson’s disease (PD) is a devastating neurodegenerative disorder that affects nearly 2% of individuals over the age of 65 years, totaling 5 million people worldwide. The disease progresses relentlessly, ultimately leaving many patients wheelchair bound and dependent on caregivers. In the next two decades, the incidence of PD is predicted to double, making research on the causes and treatments of PD more timely and more relevant to global public health than ever before. At the same time, conventional structural MRI techniques have not proven to be effective tools for diagnosing PD, and have been of little utility, even in experimental studies of PD. This editorial will briefly review recent advances in applying new MRI methods to the study of PD and will suggest new directions that are likely to yield better MRI-based research and diagnostic tools.

PD is typically characterized by its cardinal motor symptoms: resting tremor, muscular rigidity, bradykinesia, postural instability and gait abnormality [1]. In terms of clinical presentation, however, heterogeneity of symptoms is the rule in PD. For example, studies show the presence of distinct subgroups related to severity of motor symptoms, rate of disease progression and cognitive and emotional fluctuations. These nonmotor sequelae of the disease can be markedly debilitating [2].

The cardinal motor symptoms of PD are largely explained by degeneration of the dopaminergic substantia nigra pars compacta (SNpc) [1]. By contrast, cognitive, emotional and psychiatric aspects of PD probably result from disruptions in multiple neurotransmitter systems, including nondopaminergic nuclei such as the cholinergic basal forebrain and noradrenergic locus coeruleus. Research on the differential neuroanatomical underpinnings of motor and nonmotor aspects of the disease, however, has been hindered by a lack of sensitive MRI methods for visualizing the affected subcortical structures. The availability of new MRI biomarkers for classifying patients into subgroups with distinct patterns of brain abnormalities will enable clinicians to predict which patients are likely to develop particular symptoms and to shape therapies to meet each patient’s needs.

Current limitations of MRI in PD

A major impediment to research on the neural basis of functional heterogeneity in PD is a paucity of safe, fast and effective brain imaging methods for visualizing the affected structures. This ineffectiveness is predominantly due to the limited contrast of most current MRI methods [3,4], which are unable to detect PD abnormalities. As conventional structural MRI techniques cannot visualize the brain changes that are at the core of this disease, progress in developing MRIbased biomarkers for diagnosing and tracking disease progression has been slow.

A few methods for imaging the SNpc have been met with some success, such as the evaluation of T2 relaxation times [5], T2*- and diffusionweighted imaging [6], inversion–recovery sequences [7] and proton density-weighted imaging [8]. Other studies have resolved the basal forebrain on T2-weighted images, demonstrating reduced thickness of this structure in mildly demented PD patients, compared with controls [9]. A limitation of these previous structural neuroimaging studies, however, is that the MRI sequences were typically optimized to resolve one particular structure, and, therefore, were not well suited for visualizing other brain areas. We recently reported new multispectral MRI methods that begin to reverse this serious shortcoming [10], paving the way to the development of new MRI-based biomarkers that are capable of detecting subcortical brain abnormalities in early stages of the disease.

Traditionally, the magnetization-prepared rapid gradient echo (MPRAGE) scan has been the gold standard for performing morphometric analyses, such as volumetrics [11] and surface-based analyses [12], because the resulting T1-weighting provides relatively good contrast between gray matter, white matter and cerebrospinal fluid. The MPRAGE scan is less useful, however, for distinguishing subcortical structures, because T1-weighting does not provide sufficient contrast between small, neighboring gray matter nuclei. Additional morphometric information can be obtained through different sequences, such as T2-SPACE [13] and multiecho fast lowangle shot (ME-FLASH) [14]. Combining these different scans is complicated by variability in their relative distortions resulting from different bandwidths among these sequences. The T2-SPACE and ME-FLASH employ a high bandwidth, while maintaining good signal-to-noise; however, the conventional MPRAGE requires a lower bandwidth in order to achieve comparable signal-to-noise. Differing bandwidths lead to massive variations in the B0 distortions, resulting in images that are not able to be coregistered.

Application of multispectral MRI to PD

“...multispectral methods represent a significant advance in the utility of MRI for studying Parkinson’s disease.”

Multispectral MRI refers to a set of sequences designed to overcome a major hurdle in brain morphometry studies. Specifically, accurate alignment of multiple scans with different contrasts requires the images to have similar distortions. For multispectral MRI, we acquire four bandwidth-matched sequences in a single visit: ME-MPRAGE, ME-FLASH with proton density weighting, T2-SPACE and T2-SPACE fluid-attenuated inversion recovery. We then use linear discriminant analysis to create a weighted average of the multiple scans to obtain weighting coefficients with optimized contrastto- noise ratio for each structure of interest. The final product is a weighted average of the multispectral images with optimal contrast for a particular structure, which is then labeled manually.

Since this new multispectral MRI method provides excellent contrast for the SNpc and basal forebrain, we applied these methods to data from PD patients and controls to demonstrate that these structures display different trajectories of volume loss early in the disease [10], confirming a prominent hypothesis regarding the pattern of disease progression in PD. While these multispectral methods represent a significant advance in the utility of MRI for studying PD, obstacles remain. Namely, semiautomated segmentation and parcellation packages do not currently work with multispectral data, thus requiring the laborious task of manually labeling each structure of interest. In addition, while multispectral MRI provides improved contrast for subcortical structures, delineation of small nuclei remains limited by the resolution of the multispectral sequences (1 mm isotropic) and the field strength (3 T) at which the scans are collected.

Recent progress in using an ex vivo model has led to greater accuracy in MRI-based brain mapping [17,18]. The term ‘ex vivo’ refers to scanning autopsied tissue. Ex vivo imaging provides validation to histological stained sections and long scan sessions without motion, resulting in exceptional contrast and high signal-to-noise. Moreover, no delay between the MRI and histology exists, which authenticates the MRI. This critical validation represents the cornerstone of ex vivo brain mapping. Of course, ex vivo imaging has the limitation that registration (between the lower resolution scan of a whole hemisphere and the high-resolution scan of a smaller tissue block that contains the region of interest) can be challenging, especially in cases with poor contrast or deformations. Nonetheless, the advantages outweigh the disadvantages, and ex vivo imaging produces precise maps based on additional histological information and not just topographical sulcal patterns.

Currently, the segmentation of the SNpc and basal forebrain, as well as numerous other small subcortical nuclei, lack specific labels in most automated parcellation packages. In recent work, we demonstrated cortical architecture with ex vivo methods that map cortical areas in the medial temporal lobe and even outlined subareas 35a and 35b in perirhinal cortex [19,20]. A future goal is to use similar ex vivo neuroanatomical modeling to augment multispectral MRI. In particular, higher resolution ex vivo methods, which are capable of achieving a resolution of 100 μm3 when images are acquired at 7 T, may resolve the SNpc from the functionally and anatomically distinct substantia nigra pars reticulata, leading to better probabilistic mapping of dopaminergic and other small nuclei. Thus, ex vivo methods hold promise for enhancing our ability to visualize very small structures, such as the noradrenergic locus coeruleus and the serotonergic raphe nuclei, the degeneration of which may underlie sleep disturbances and depressive symptoms associated with PD [2].

Combining multispectral and ex vivo MRI methods to precisely map the structures of the basal ganglia will constitute a much needed advance in research on PD. The combination of multispectral imaging with better morphometric MRI evaluation will enable categorization of patients based on patterns of brain changes and will establish biomarkers for patient subgroups. Such improvements will ultimately enhance patient care by paving the way for fine-tuning diagnosis and tracking of the disease, as evidenced by parallel progress in other neurodegenerative diseases [21–23]. Better categorization, earlier diagnosis and the ability to track the disease longitudinally will improve treatments and patient wellbeing. These advanced methods will enable scientists and physicians to derive a detailed profile of brain changes in each patient and, therefore, tailor therapies on an individual basis.

The authors were supported by the following NIH grants: AG041071 (DA Ziegler) and AG028521 (JC Augustinack). Research described in the editorial was carried out in whole or in part at the Athinoula A Martinos Center for Biomedical Imaging at the Massachusetts General Hospital and at the Athinoula A Martinos Imaging Center at the McGovern Institute for Brain Research at the Massachusetts Institute of Technology. The authors have no other relevant affiliations or financial involvement with any organization or entity with a financial interest in or financial conflict with the subject matter or materials discussed in the manuscript apart from those disclosed. 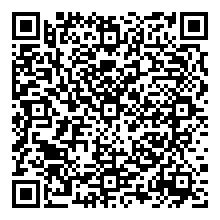