Exploring the biology of chemo brain: how has PET/CT helped us?

This article will briefly summarize what we know about ‘chemo brain’ to date. We will discuss how PET/CT can be useful in understanding the neurobiology of this phenomenon and, in addition, how it may be relevant to the care of individual patients with cancer.

The National Cancer Institute estimates that there were 13.7 million Americans with a history of cancer still alive in January of 2012 [101]. Over 1.6 million new cases of cancer are anticipated this year in the USA alone [101]. Common treatments for cancer include surgery, radiotherapy and chemotherapy. It is estimated that 25% of cancer patients receive chemotherapy [102]. Due to substantial progress made in the treatment of cancer, more individuals are currently living with a history of cancer than dying from cancer. We are now paying the price for the success we have in curing many cancers by having a large number of cancer survivors living with some of the short-term and long-term side effects of chemotherapy. One such area of interest is the phenomenon of chemo brain or, more specifically, the aggregate of cognitive changes reported by cancer patients after receiving chemotherapy.

Rates of cognitive changes following chemotherapy range from 15 to 75% [1,101]. The most frequently reported cognitive changes include declines in concentration, speed of processing and memory retrieval [1,2]. Early studies of cognitive functioning following chemotherapy had many confounds, while more recent prospective studies have included healthy controls, as well as comparison patients with cancer who did not undergo chemotherapy. These studies and others that control for distinct factors that tend to affect cognition, such as fatigue and depression, clearly support the existence of the phenomenon of chemo brain [3–5]. While cognitive symptoms may resolve after chemotherapy is completed in some patients, other patients experience persistent cognitive deficits up to 10–20 years after treatment [3,6].

Functional MRI is an imaging technique that examines relative blood flow changes during performance of cognitive tasks. Application of functional MRI in cancer patients receiving chemotherapy has shown that these patients use their brains differently during attention and concentration tasks relative to controls [7,8]. While these data are certainly interesting, they do not necessarily suggest any discrete underlying structural changes associated with the cognitive deficits. For example, decreased activation of the prefrontal cortex may reflect a patient’s inability to engage fully in a cognitive task, or it may be the result of underlying structural changes to this cortical region. Indeed, prospective MRI studies have demonstrated that patients receiving chemotherapy undergo changes to both the gray and white matter of the brain in those same regions that show changes in functional activation [4,9]. Based on this literature, we can conclude that chemotherapy itself results in damage to brain regions responsible for the specific cognitive deficits observed in some patients [9,10]. Not all patients treated with chemotherapy, however, experience cognitive change and it remains unclear why. A recent report found an association between DNA damage and structural and functional changes following chemotherapy [11]. It may be the case that certain patients are more susceptible to these types of damage and, likewise, more vulnerable to the cognitive side effects of chemotherapy. Regardless, it would be valuable to be able to predict which individual patients may experience a chemo brain side effect. From our perspective, this is where PET/CT offers a unique advantage.

PET/CT is considered a standard tool in the initial staging and subsequent restaging of a wide range of cancers. It is a multimodality procedure that fuses functional and structural imaging [12]. Unlike standard PET without CT, the addition of CT allows for anatomic localization of metabolic changes and creates a μ-map for attenuation correction of tissue densities. This feature allows for improved resolution of tissue densities and, thus, accounts for functional metabolic uptake in different brain structures. The addition of a separate brain sequence during a routine PET/ CT for cancer staging involves only an extra 4 min, no increase in radioactive material and a CT attenuation acquisition using modulated CT. This technique reduces radiation by 50% or greater. Thus, PET/CT is essentially available as a research tool in many cancer patients without requiring them to undergo an additional procedure (e.g., functional MRI).

“...it would be valuable to be able to predict which individual patients may experience a chemo brain side effect.”

18-fluorodeoxyglucose (FDG) is the most common radiopharmaceutical used in PET imaging to examine the metabolism of cells and organs in the body [12]. For several decades, FDG-PET has been used to examine the brain clinically in Alzheimer’s disease and other dementias [13]. It is even accepted by Medicare for differential diagnosis of Alzheimer’s disease. One of the most interesting and relevant findings from the PET and Alzheimer’s disease literature is that metabolic changes in the temporal and parietal cortices actually precede the structural and atrophic changes in these regions that are detected with MRI [14]. Thus, PET has the potential to identify Alzheimer’s disease in its preclinical stages, rather than waiting for brain atrophy and other irreversible neural processes to manifest. Structural imaging, therefore, clearly limits the opportunities for earlier intervention with patients receiving chemotherapy for cancer.

Drawing from the Alzheimer’s disease literature, PET/CT has the potential to serve as an early marker for cognitive changes associated with chemotherapy. Identification of a chemo brain ‘biomarker’ based on metabolism patterns could then propagate the development and implementation of early interventions targeting chemotherapy-related cognitive dysfunction. The results of a recent wait-list control trial of brief cognitive–behavioral therapy for postchemotherapy cognitive problems are novel and promising [15]. It was demonstrated that participants who received cognitive–behavioral therapy improved on cognitive and quality-of-life measures relative to no-treatment controls.

In addition, we recently demonstrated in a retrospective study that FDG-PET/CT is capable of detecting group-level metabolic changes in specific brain regions prior to and postchemotherapy [16]. FDG-PET has also detected differences in brain metabolism between patients undergoing chemotherapy with tamoxifen versus chemotherapy alone. Specifically, patients who received tamoxifen with chemotherapy showed metabolic changes in the basal ganglia, whereas chemotherapy alone did not impact basal ganglia metabolism [17]. Finally, using PET/CT, Baudino and colleagues found a difference in frontal metabolism between patients who received chemotherapy and those who had not. A difference in performance on frontal lobe tasks was also observed, but cognitive performance and metabolism did not correlate [18]. These studies need to be repeated prospectively with appropriate controls and correlated with neuropsychological tests in order to more clearly define whether the reported metabolic changes truly relate to cognitive changes on objective measures.

“...PET/CT has the potential to serve as an early marker for cognitive changes associated with chemotherapy.”

In addition, studies need to be conducted to determine whether metabolic differences in individual patients can be detected clinically. For example, is it possible for a neuroradiologist to detect metabolic changes in the PET scans of individual cancer patients reporting cognitive changes, as they can in patients with Alzheimer’s disease? Can we identify a cortical metabolism signature for chemo brain as well? If so, many patients who receive PET scans for initial staging prior to chemotherapy and demonstrate the proposed signature could then be directed to interventions, such as the aforementioned cognitive–behavioral therapy program, with the goal of preventing the development of cognitive impairment [15]. Alternatively, it may also be possible to detect a cortical metabolism signature during restaging with PET in order to predict long-term cognitive problems. Even with an initial PET scan that was not predictive of cognitive side effects, the option of intervening during the course of treatment would remain.

Thus, PET/CT may offer a clinical advantage over MRI in terms of early intervention.

The literature further acknowledges that chemotherapy alone is not responsible for the cognitive changes associated with chemo brain [19]. Other conditions commonly associated with cancer, including depression and fatigue, as well as the cancer itself, may contribute to cognitive dysfunction [20,21]. PET/CT could perhaps allow for the development of markers for these other conditions. Depression is common in cancer [22,23]. PET has also been widely used to understand the neurobiology of depression [24]. For example, there is a unique cortical signature for depression that has been used to develop a specific target for using deep brain stimulation with treatment refractory depression [25,26]. Is there a specific cortical signature for depression in cancer and/or chemotherapy? Could we use this to detect cancer- and chemotherapy-related depression?

If we identify a specific cortical metabolic signature for cognitive and depressive symptoms associated with chemo brain, we could theoretically intervene with these two commonly occurring phenomena before they develop. Since PET is a standard part of cancer monitoring and treatment, it would provide an opportunity to use data already collected to obtain additional useful information about who to treat and when.

In conclusion, we believe that PET/CT offers an opportunity to understand the neurobiology of chemotherapy-related cognitive changes, and subsequently enhance quality of life and outcome in individual cancer patients. 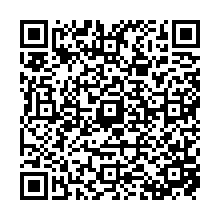