In modern times, breast cancer (BC) ranks first among malignant tumors in all developed countries of the world and in recent years there has been a progressive increase in this indicator. Although anti-cancer therapies have developed rapidly to increase patient survival, there has also been an increase in side-related morbidity and mortality. Cardiovascular diseases are particularly common among these and thus the incidence of disease and death has increased in patients recovering from this disease. Cardio-oncology has taken special actuality in recent years. Additional research is needed for many aspects of the developing cardiovascular system related to chemotherapy. The development of cardiotoxicity associated with anticancer therapy may be either a direct result of its effects or indirectly related to the progression of cardiovascular disease.

Because cancer patients often receive combination chemotherapy, cardiotoxicity increases due to the interaction between treatment regimens. Therefore, it is difficult to predict the long-term cardiovascular prognosis [2]. Myocardial dysfunction and heart failure are complications of chemotherapy which cause more disease and death. In other words, it is called cardiotoxicity. The partnership of specialists who play a role in the treatment of cancer patients is important for the management of cardiotoxicity without interruption of chemotherapy [3]. Although the clinical picture of cardiotoxicity sometimes appears immediately after treatment, sometimes years later (this is especially the case with anthracycline-containing drugs), it causes transient myocardial dysfunction from time to time [1]. The patients in the paediatric age group and older patients with pre-existing cardiovascular risk before chemotherapy who are treated with anthracycline-containing regimens, have a 15-fold increased lifetime risk for HF compared with matched controls [4,5]. Myocardial dysfunction and HF are also more common during treatment with tyrosine kinase inhibitors in those at cardiovascular risk [6].

Cisplatin and taxane (paclitaxel and docetaxel), which are widely used in chemotherapy, can also induce myocardial dysfunction and HF [15]. Some protocols recommend that anthracyclines be avoided in people with pre-existing left ventricular dysfunction and that the use of taxane be safer [16].

Immunotherapy and targeted therapies are used in anticancer treatment, and recent studies have shown significant positive results in the treatment of cancer. Humanepidermal growth factor receptor-2 inhibitor (HER-2) is combined with antibodies [trastuzumab, pertuzumab, trastuzumab emtansine (T-DM1)] or TKIs (lapatinib). Significant improvement was observed in patients with HER-2 positive breast cancer as a result of treatment [17]. Long-term follow-up in patients treated with trastuzumab but with low cardiovascular risk prior to treatment was positive for late-onset HF [18-21]. Trastuzumab-related HF is reversible and is corrected by discontinuation of trastuzumab or HF treatments [22]. There are many risk factors for anti-HER2-induced cardiotoxicity, including prior treatment with anthracyclines, the short interval between anthracyclines and anti-HER2 treatment, low LVEF at the beginning, a history of arterial hypertension, and elderly patients [23]. The results of patients with breast cancer treated with trastuzumab have been studied in many studies. Treatment was discontinued when asymptomatic LVEF <45% or in patients with developing heart failure symptoms [22]. The risk of cardiotoxicity of drugs such as lapatinib, pertuzumab, T-DM1 is similar to trastuzumab [24].

Inhibition of the vascular endothelial growth factor signaling pathway (VEGF) may be beneficial in solid tumors, but may cause reversible and persistent myocardial dysfunction in combination therapy. In a prospective study, bevacizumab, an anti-VEGF antibody used after chemotherapy to assess cardiac function in breast cancer patients, developed symptomatic HF in 1% and left ventricular dysfunction in 2% of patients [25]. TKIs such as sunitinib, pazopanib, and axitinib are also cardiotoxic, with developing cardiac dysfunction in 3-15% and symptomatic HF in 1-10% of patients [26-28].

Assessment of cardiovascular risk factors is the first step in identifying high-risk patients for cardiotoxicity [1].

In patients treated with anthracyclines, initial cardiac function should be evaluated first. If the patient develops systolic dysfunction or severe valvular heart disease, nonanthracycline chemotherapy or cardiac protection should be considered. If the patient is at high risk for cardiotoxicity, cardiac function should be re-evaluated after treatment [11,29,30]. It is recommended to perform a cardiac biomarker measurement (hypersensitivity troponin I, T, or natriuretic peptide) at the beginning of treatment.Initially, at least one cardiac biomarker measurement- highsensitivity troponin (I or T) or natriuretic peptide- may be considered, and a high-sensitivity troponin I test is recommended at each iteration of anthracycline chemotherapy [31,32].

Cardiac assessment, including left ventricular function, should be performed for each patient in follow-up immediately after the end of cardiotoxic chemotherapy treatment [13]. There is little data on the most appropriate approach and follow-up frequency in asymptomatic adults receiving cardiotoxic cancer treatment, and there are no randomized studies [33]. A retrospective study found that older patients with lung cancer treated with adjuvant anthracycline had a higher risk of developing HF during 10 years of follow-up [34].

Methods used in the diagnosis of myocardial toxicity

Electrocardiography: Recommended during treatment in all patients, ECG is an important method in the detection of QT segment prolongation, arrhythmias, tachycardia, ST-T segment changes [1].

Echocardiography: Being one of the main diagnostic methods, echocardiography is used to detect myocardial dysfunction at all stages of anti-cancer treatment. If endocardial boundaries are clear in patients during the examination, the two-dimensional biplane Simpson method is recommended for the calculation of left ventricular volumes and ejection fraction. A decrease of >10% from the lower limit of the norm in LVEF is known as cardiac dysfunction, which is indicated by chemotherapy as a decrease of 10%. This method can also be used to detect the development of valvular disease, pericardial disease and pulmonary hypertension [30,33,35]. New studies have suggested the importance of strain imaging in the early detection of myocardial dysfunction and predicts a further reduction in myocardial global systolic longitudinal strain (GLS) in LVEF [36,37]. A relative decrease of 15% from baseline GLS was reported as an early sign of subclinical dysfunction [38].

Cardiac Magnetic Resonance: Being an important method for assessing cardiac structure and function, CMR is recommended for clarifying left and right ventricular function. It is also useful in evaluating the pericardium in patients receiving thoracic radiotherapy. It also provides the detection of scar or fibrosis which provides prognostic information for the left ventricle [39,40].

Cardiac Biomarkers: The timing of laboratory evaluations of chemotherapy in published scientific papers and the determination of the upper limit of normal for a known test are also controversial. The use of natriuretic peptides has been accepted in the detection of heart failure. Even at very low levels, it is important in identifying high-risk patients and directing treatment [41,42].

Throughout the treatment pathway, the same imaging modality and/or biomarker assay should be used for continued screening. The switching between modalities or assays is strongly discouraged. The modalities and tests with the best reproducibility are preferred. The imaging modalities which provide additional relevant clinical information are also preferred (e.g. right ventricular function, pulmonary pressures, valvular function and pericardial evaluation). If available, high quality radiationfree imaging is preferred, too. The cancer patients who are treated with potentially cardiotoxic therapy have high risk of developing HF and that is why, should receive the medical care aimed at obtaining strict control of cardiovascular risk factors [1].

In patients receiving potentially cardiotoxic chemotherapy, LVEF should be determined before and periodically during treatment for early detection of cardiac dysfunction with a method which provides sufficient image quality and preferably, using the same method during follow-up. A patient who has a significant decrease in LVEF (e.g. a decrease >10%) to a value that does not drop below the lower limit of normal should undergo the repeated assessment of LVEF shortly after and during the duration of cancer treatment [1].

If LVEF decreases >10% to a value below the lower limit of normal (considered as an LVEF <50%), ACE inhibitors (or ARBs) are recommended to prevent further LV dysfunction or the development of symptomatic HF in combination with beta-blockers, unless contraindicated, as these patients have high risk of developing HF. ACE inhibitors (or ARBs) and beta-blockers are recommended in the patients with symptomatic HF or asymptomatic cardiac dysfunction, unless contraindicated, as well [1].

There is a lifelong risk for the development of LV dysfunction and HF for both paediatric and adult survivors of anthracycline-based chemotherapy. And there can be very long (>10 years) time lapse between treatment and the development of HF. Thus, LV dysfunction and HF can potentially occur even in asymptomatic patients treated with cardiotoxic therapy, particularly anthracyclines. Such periodic screening with cardiac imaging and biomarkers as BNP should be considered in survivors, particularly those treated with high cumulative doses or who has demonstrated reversible LV dysfunction during cancer treatment. As many intercurrent illnesses may disclose reduced cardiac reserve in the patients with previous anthracycline exposure, any symptom suggestive of HF should be similarly investigated. Even if clinical trial data are still lacking, the recommendation of this Task Force is to continue HF therapy indefinitely unless normal systolic LV function remains stable after the cessation of HF therapy and no further cancer therapy is planned. Cardio-oncology is a field of many unmet needs and gaps in knowledge to guide best practice.

There are no conflicts of interest for the present study. 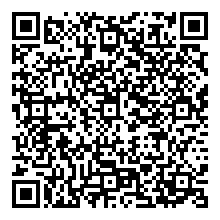