Breast metastasis from rectal adenocarcinoma: a case report with US and CT findings

Metastasis to the breast from extramammary malignancies is unusual. We describe a case of rectal adenocarcinoma metastatic to the breast. A 21 year old woman had undergone abdominoperineal and vaginal resection and hysterectomy, right inguinal lymph node dissection for presenting vaginal bleeding ten months before. The patient was readmitted to our hospital for presenting edema and masses with severe pain in her breasts. US and contrasted CT was taken but mammography could not be performed due to severe tender and pain of her breasts. Breast US revealed diffuse skin thickening and bilateral multiple well-defined hypoechoic masses whereas contrasted CT delineated multiple, oval or round, and inhomogeneous superficial and invasive deep solid masses in her breasts with strong peripheral and moderate patchy central contrast enhancement and bilateral axillary lymph nodes. Breast biopsy and immunohistochemistry revealed rectal adenocarcinoma metastasis to the breast. To our knowledge, colorectal adenocarcinoma metastasis to the breast in women is extremely rare as 17 patients in the literature. Moreover, this is the fifth patient with bilateral breast metastasis from colorectal adenocarcinoma. This report also shows that CT is helpful to define axillary metastasis, the fixation and invasion of the deep metastatic lesions to the chest wall, which is unique feature of this metastatic tumor. CT could be used for early stage breast metastasis to some extent, but CT was diagnostic in late stage.

Also, computed tomography (CT) findings confirm that CT is helpful to define the fixation and invasion of the deep metastatic lesions to the chest wall, which is unique feature of this metastatic tumor.

Having Dukes-C2 stage, she received postoperative adjuvant radiotherapy and chemotherapy of three courses 5-fluorouracil (5- FU) and folinic acid. Adjuvant radiotherapy dose was 30 Gy to the right inguinal region and 50 Gy as total dose to the pelvic region. Six months later, painful nodular lesions of the skin over left scapula and left deltoid muscle developed. These lesions were diagnosed as metastasis of rectal adenocarcinoma on biopsy. Then, she was administered five courses cisplatin, etoposide and adriamycin as second line chemotherapy.

Ten months later from the operation, she was readmitted to our hospital presenting severe pain, erytema, and masses in her breasts. The breasts were so edematous and tender that she could not tolerate mammography. Ultrasonography (US) revealed diffuse skin thickening and multiple bilateral welldefined hypoechoic masses. The masses had slightly heterogeneous echotexture with posterior acoustic enhancement (FIGURE 1). To better delineate the breast masses and work-up for metastases, CT scan of the thorax and abdomen were obtained after contrast administration. Multiple, oval or round, and inhomogeneous superficial and invasive deep solid masses were detected in her breasts. The masses were variable in size. Strong peripheral and moderate patchy central contrast enhancement was observed. Although most of them had well-demarcated margins, some showed slightly irregular contour. The masses located deep in the breasts showed invasion to the chest wall (FIGURE 2). No speculation and nipple retraction was noted. Associated findings on CT scan included skin thickening and prominence of reticular structures in the subcutaneous fat layer. There was prominent skin thickening around the nipple of the breasts due to the extension of the superficial masses (FIGURE 3). Bilateral axillary lymph nodes were also encountered. No metastasis was observed to the lungs and liver in the patient in any time. Biopsy of the breast masses showed metastasis of rectal adenocarcinoma (FIGURE 4). Primary breast cancer, as a second cancer was ruled out via negative steroid estrogen receptor, CK-7 and GATA-3 and colorectal metastasis was diagnosed via positive CDX2 (FIGURE 5) and positive CK-20 (FIGURE 6). Chemotherapy was changed to 5-FU, adriamycin and mitomycin-C (FAM chemotherapy) as third line chemotherapy. Her condition, however, continued to deteriorate. She developed deep venous thrombosis and subsequently expired one year later. Figure 3. CT was detected prominent skin thickening around the nipple of the left breast due to the extension of the superficial masses. The lesions are invaded to the chest wall (upper sides of open arrows). Our patient was accepted as local advanced stage cancer. Our purpose was to make R0 cancer (no residue). So, posterior pelvic exenteration and right inguinal lymph node dissection was made, following adjuvant chemo-radiotherapy was given. However, bilateral breast and axilla metastasis, and subcutaneous metastasis on the left scapula and deltoid muscle metastasis developed to the follow-up.

Breast metastases from nonmammary malignant neoplasm are uncommon [1-15]. More common primary tumors for metastases to the breast are melanoma, lymphoma, sarcoma, lung and gynecologic cancers [1-7]. Metastases from gastrointestinal cancer, especially from colorectal cancer are rare [1,2,8-15]. Rectal adenocarcinoma metastasis to the breast in women is extremely rare; it may be found in male patient [10]. This is the fifth patient with bilateral breast metastasis from colorectal adenocarcinoma.

Metastasis to breast in rectal adenocarcinoma occurs via different pathways [5,11-15]. Baum et al. hypothesized that tumor cells or fragments carrying the cellular genome may be released into the circulation and subsequently taken up by cells of the reticulo-endothelial system [12,15]. Such genetic material may be passed to other cells of the reticulo-endothelial system and possibly to other normal cells via transfection. This could lead to expression of oncogenic sequences and development of cancer cell phenotypes in unexpected locations. The potential pathways into the circulation include: 1) metastasis through a lymph-vessel, the ductus thoracicus and body circulation to the breast; 2) metastasis through the communicating branches between the portal vein and venae intercostales to the breast; and 3) metastasis through the inferior hemorrhoidal veins, the venae hypogastrica and body circulation to the breast [12,15]. We consider the second route may lead to breast metastasis in our patient.

Although breast is an unusual site for secondary malignant tumors, its recognition is important since the prognosis and treatment differ from that of primary breast cancer [7]. Early recognition of metastatic tumors in the breast may result in initiation of appropriate therapy and will exclude unnecessary mastectomy. The breast lesions manifested after the documentation of disseminated disease and this made its metastatic nature suspect on clinical ground alone. Accurate diagnosis is important to avoid unnecessary mastectomy and appropriate chemo-radiotherapy can be given early.

Although in a large series Hajdu and Urban report [2] pain or discomfort in more than half of the patients, no symptoms are described in the majority of the reports. Metastatic lesions to the breast tend to be painless, discrete masses that are generally small at the time of discovery [1]. They are often superficial, solitary and sharply demarcated from surrounding tissue, usually occur in the upper outer quadrant and commonly associated with axillary lymphadenopathy. Spicular contours, multiple lesions, bilateral involvement and diffuse disease are less common [1-13]. Since there is little desmoplasia associated with these lesions and due to their extraductal localization, nipple retraction and discharge are not observed clinically [1,2,4,5]. Diffuse skin thickening is a rare radiological finding in most of the reported series. Rarely, involvement of dermal lymphatics and rapid growth of large masses simulate inflammatory carcinoma [7]. Fixation of the deep metastatic lesions to the chest wall has not been reported before. Metastasis to the breast mimicking inflammatory breast carcinoma has been described Kelley et al. [9]. In our patient, both breasts were involved with multiple masses. Diffuse skin thickening of the breasts and the symptoms of our patient simulated inflammatory breast carcinoma. Some of the lesions located deep in the breasts were fixed to the chest wall.

This condition can be prognostic factor as described in the literature [1,2,6]. Survival rates are poor following discovery of a breast metastasis [1]. Also, cerebral, skeletal, and other distant metastases have been occurred soon after the appearance of mammary metastasis [2]. Metastasis to the breast apparently indicates the beginning of wide spread dissemination of disease [2]. So, metastatic disease in the breast is generally harbinger of wide dissemination and fulminant course, prolonged survival after diagnosis is unusual [6].

As a restriction, we could not perform mammography due to patient intolerance. Besides, CT has revealed strong peripheral and patchy central contrast enhancement and heterogeneous nature of the masses with slightly irregular margins.

This report also shows that CT is helpful to define axillary metastasis, the fixation and invasion of the deep metastatic lesions to the chest wall, which is unique feature of this metastatic tumor. CT could be used for early stage breast metastasis to some extent, but CT was diagnostic in late stage.

The authors thank Necati Alkis for kindly contribution and help. 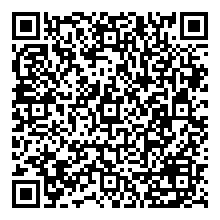