What are newborn babies thinking? Clues from MRI

FH Bradley famously proposed that “the one knowledge worth having is to know one’s own mind” [1]. Popular beliefs maintain that the newborn infant has a limited capacity for ‘thought’, largely owing to the restricted degree to which a newborn is seen to actively interact with its environment and, furthermore, as a result of our inability to remember experiences during our own infancy. One could go further to argue that the medical profession in particular maintains a degree of selective blindness with respect to the issue, as it is often preferable not to consider the long-term psychological effects of an invasive clinical intervention performed at such an early stage in life. Philosophers and psychologists have long debated the question; Plato and, later, René Descartes (1596–1650) suggested that all infants have an innate collection of ideas and knowledge from birth, in sharp contrast to the ‘tabula rasa’ (blank slate) view proposed by John Locke (1632–1704) [2]. Jean Piaget (1896–1980) described a series of stages occurring through early newborn life, during which time the ‘egocentric’ infant acquires and assimilates knowledge through new experiences mediated by the five primary senses [3]. In the scientific community, the inherently uncooperative nature of the population translates to significant difficulties in devising and performing accurate tests that would allow the objective assessment of these complex faculties. Recently, however, results from studies utilizing in vivo imaging techniques, such as functional MRI (fMRI), have begun to shed a new light on the subject, and, moreover, have opened up an entirely new avenue through which the wider neuroscience community has begun to question and understand the biological processes that underlie consciousness and thought.

At birth, a newborn infant brain has a similar number of neurons (~1010) in comparison to a fully grown adult, but has yet to establish and refine the many connections that underlie human behavior in later life [4]. Although myelination is not complete until much later in life [5], and axonal growth and pruning is ongoing throughout the first few years [6], newborn infants can easily be shown to have behavioral and electrophysiological responses to a variety of external stimuli (e.g., pain, smell, visual, auditory and tactile) [7]. Observational studies have also shown more complex interactive behavior, such as a different reaction to maternal tactile and auditory stimulation, and it could even be argued that newborn infants are able to signal their needs (e.g., comfort or feeding) with crying [7,8]. However, although these abilities may constitute a level of ‘consciouness’ in the newborn, they do not directly suggest the existence of more complicated cognitive processes, such as self-awareness and ‘thinking’.

“...even infants of only a few hours of age show signs of the complex right-hemisphere auditory processing, which is required to distinguish music discordance.”

Functional MRI is a noninvasive technique that allows an assessment of in vivo intracerebral activity by sampling temporal changes in the blood oxygen level-dependent (BOLD) signal [9,10]. The technique takes advantage of the changing magnetic properties of hemoglobin caused by oxygen binding, which can then be detected with a rapidly acquired T2*-weighted magnetic resonance sequence. Although fMRI is, therefore, an indirect measure of neuronal activity, the neurovascular coupling that underpins the changes in the BOLD signal has been confirmed using invasive electrophysiological techniques [11]. In contrast to other functional neuroimaging techniques, fMRI offers a combination of both good spatial and temporal sensitivity, with relatively good spatial specificity [12].

In a typical fMRI experiment, the subject is intermittently presented with an external stimulus while the image is acquired, and the data is then subsequently analyzed to identify the localized areas where the BOLD signal had changed from baseline (rest) in a manner corresponding to the timing of the stimulus. Although relatively small, there is now a growing body of work showing that functional responses can be reliably identified following a variety of stimuli using fMRI with neonates [13]. These early studies have confirmed that, even in the preterm period (after 24 weeks postmenstrual age [PMA]), the brain has already developed functionally specific areas for the primary senses, such as vision, sound and touch, in the same regions that represent the primary sensory cortices later in life [14–16]. At term PMA, it has been demonstrated that even infants of only a few hours of age show signs of the complex right-hemisphere auditory processing, which is required to distinguish music discordance [17].

Perhaps most significantly, fMRI studies performed without stimulation have also discovered that the brain at ‘rest’ is far from inactive, with the baseline BOLD signal in specific brain areas found to contain a spontaneous pattern of low frequency (~0.01–00.1 Hz) fluctuation [18]. This spontaneous ‘activity’ has now been found to be consistently identifiable in both active and resting subjects and, furthermore, to be spatially organized into coherent patterns of fluctuation in distinct brain regions that replicate the spatial patterns of localized functional activity seen during tasks [19]. These ‘resting-state networks’ encompass a variety of distinct neural systems, including the visual, auditory, somatosensory, motor, dorsal visual streams, executive function and default mode [19–21]. Although consistently identified across a variety of patient groups and mental states, the exact role of these networks is still not clear, and remains vigorously debated in the literature. Logic would suggest that this intrinsic resting brain activity must have enough importance to justify a disproportionately high level of energy expenditure; as the brain represents only 2% of the total human body mass but consumes approximately 20% of the body’s energy at rest [22]. During any given task (‘active’ thinking), the level of neuronal metabolism is seen to increase by only 1–5%, further implying that this intrinsic brain activity may contribute far more to overall brain function than that induced by environmental interaction [22,23].

There is now a handful of resting-state fMRI studies in newborn infants, which have begun to suggest that large-scale neural organization in the human brain begins early in life, and have hinted towards a greater complexity to newborn brain activity than previously imagined. In infants at term-corrected PMA, complete resting-state networks, as described in adult subjects, have been detected in the primary visual areas, the somatosensory and motor cortices, the temporal cortices (corresponding to the auditory areas), cerebellum and prefrontal areas [24–27]. Of particular interest is the changing configuration of the resting-state networks through the preterm period; with identifiable but fragmented unilateral networks seen at 30 weeks PMA, which are then seen over the subsequent last weeks of gestation to progress to the more complex long-range (and usually bilateral) networks characteristic to the adult brain (Figure 1) [26,27]. These findings are fascinating, not only as they support a dramatic developmental increase in newborn brain connectivity and organization around the time of birth, but also because this increase can also be explained biologically by the rapid patterns of neural growth and synaptogenesis seen at this juncture [28]. Worthy of more detailed discussion is the default mode network (DMN), which encompasses a group of discrete brain regions: the medial prefrontal cortex, the posterior cingulate gyrus and adjacent precuneus, and the inferior lateral parietal lobules [29]. As many of these structures are known to play a role in memory retrieval and higher cognitive functioning, the DMN has been implicated to play an important role in ‘internally focused tasks’, such as autobiographical memory retrieval and envisioning the future. The network is also unique because, during goal-orientated tasks, it becomes specifically ‘deactivated’ (i.e., develops a decrease in BOLD contrast). Of note, decreased DMN activity and connectivity has been described in pathological states, such as schizophrenia and autism [30,31]. Although initial resting-state fMRI studies did not identify the DMN in newborns [24–26], recent work has now shown that it can also be identified at term PMA; furthermore, it also shows a development trend towards increasing connectivity with age [27,32]. This intriguing finding calls into question the exact function of the network, or may suggest that newborn infants are having self-referential thoughts far before they appear to have attained the levels of recognisable cognition that one would typically associate with ‘independent thought’.

Therefore, MRI techniques appear to have the potential to offer a previously unimaginable window into the workings of the newborn brain. Coupling fMRI with other MRI methods, such as high-resolution structural imaging and diffusion tensor imaging can only deepen this knowledge further, as can the combination with other in vivo modalities such as electrophysiology. One might hope that furthering our knowledge of the mechanisms of newborn ‘thought’ will serve not only to aid our understanding of human higher cognitive functioning as a whole, but also, ultimately, help those unfortunate children in which it appears those faculties are functioning abnormally.

Tomoki Arichi and Valentina Doria were in receipt of fellowships from the Medical Research Council (MRC) UK and the National Institute of Health Research (NIHR), UK. The authors have no other relevant affiliations or financial involvement with any organization or entity with a financial interest in or financial conflict with the subject matter or materials discussed in the manuscript apart from those disclosed. No writing assistance was utilized in the production of this manuscript. 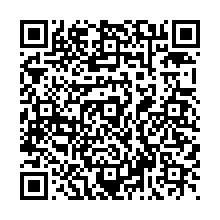