Objective: To evaluate the real-world treatment patterns and costs of patients initiating their first biologic therapy for the treatment of Ankylosing Spondylitis (AS) in Taiwan.

Methods: Taiwan’s National Health Insurance claims data between 1/1/2014 and 12/31/2017 was used to identify and follow patients with AS initiating their first biologic therapy in 2015. Patients > 18 years of age, with AS (ICD-9-CM: 720.0), a claim for a biologic therapy in 2015, continuous enrollment for at least one year following index, and no claims for biologics in the previous year were indexed into the study. A matched cohort of non-biologic patients with AS receiving anti-inflammatory drugs was derived. Patients were followed from their index date (first biologic claim) through the end of the study period, death, or they were lost to follow-up.

Conclusions: Patients initiating their first biologic therapy for as had high rates of as-related medication utilization during the pre-index period followed by a decrease in utilization rates after biologic initiation. 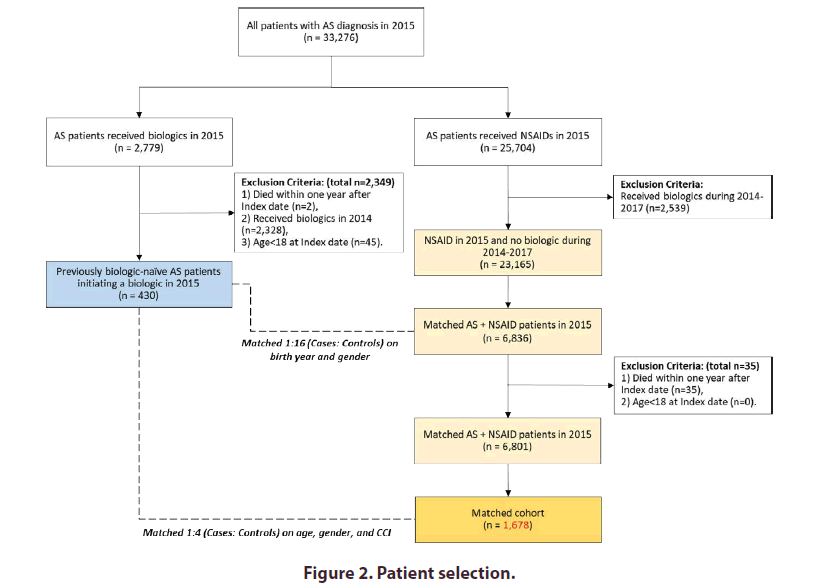 Figure 3. Medication utilization and relative change in the pre- and post-biologic initiation periods. Figure 4. Sankey diagram of treatment selection at index and switching patterns over follow-up of biologic-initiators (n=430).

We evaluated the treatment patterns and costs of AS patients in Taiwan initiating their first biologic and a matched cohort of AS patients receiving NSAIDs without a biologic for a minimum of one year. There were significantly higher rates of IBD (p<0.0001), uveitis (p<0.0001), and psoriasis (p<0.0001) in the cohort of patients initiating their first biologic compared to the matched cohort, which reflect the heterogeneity of axial spondyloarthritis conditions. Baseline utilization rates for corticosteroids, opioids, NSAIDs, muscle relaxants, and csDMARDs were all numerically higher for biologic-initiators than the matched cohort during the pre-index period. The heightened presence of baseline axial spondyloarthritis burden and pre-index medication utilization may have been contributing factors to the selection of a biologic for AS treatment.

An analysis of the hospital-based Medical Data Vision database in Japan also reported medication utilization during a 12-month follow-up period for AS biologic-initiators [2]. Utilization rates during the 12-month follow-up period for the biologic-initiators of the measured classes of medication higher for opioids (40.5% vs. 5.2%) and csDMARDs (77.9% vs. 66.1%) but lower for antidepressants (6.7% vs. 11.3%), anxiolytics (25.6% vs. 30.4%), and corticosteroids (40.7% vs. 52.2%) in our study compared to the recent study in Japan [2]. However, it should be noted that the study in Japan utilized a hospital-based database and may not be representative of the general AS population, which is observed in our analysis.

Of the patients initiating their first biologic for AS, 9.3% (n=40) switched to another TNFi during the follow-up period (median of 29.9 months) in this study. This rate of switching is consistent with other real-world studies evaluating treatment patterns of first-time biologic initiators in AS [4,5]. A study by Lindstrom et al. of 2,590 AS patients starting their first TNFi in Sweden between 2006 – 2015 reported 13% of patients were on their second TNFi at the end of their first year on therapy [4]. Palmer et al. reported 8.9% of TNFi initiators switched to another biologic within a 3-year follow-up period [5]. A claims-based analysis in the United States reported a slightly higher percentage (26.1%) of switching for first-time TNFi users for AS to a second TNFi during the two-year follow-up period [6].

Patients receiving biologic therapy in this study had higher average total costs compared to the matched cohort of non-biologic patients. However, nonmedication costs were similar between the two cohorts with average costs of NT$53,885 and NT$56,893 in the biologic and matched non-biologic cohorts, respectively. Furthermore, non-medication costs were reduced by 15.2% (NT$8,179) in the biologic cohort compared to 4.3% (NT$2,446) in the matched non-biologic cohort when comparing year one and year two of the followup period. The reduction in non-medication costs could be attributed to the effectiveness of biologics [7-11]. Comparison of costs across studies in different settings is difficult due to different health systems and pricing. However, most economic analyses of AS patients receiving biologics have reported that biologics are a high percentage of total healthcare costs [12,13].

The results of this study can be considered by decision-makers and stakeholders in Taiwan to understand the treatment patterns, cost, and unmet needs associated with TNFi biologics in Taiwan. Compared to the matched cohort, patients initiating a biologic experienced a greater decline in medication (corticosteroid, opioid, NSAID, antidepressant, anxiolytic, csDMARD, topical analgesic, muscle relaxants, and pregabalin) utilization after index, and a greater reduction in non-medication costs between year one and two of follow-up [14-18]. These changes show the value of biologic therapy in lowering the medication utilization and non-medication cost burden. However, 9% of patients initiating their first biologic had to switch to another biologic during the follow-up period. Furthermore, during the time of this study patients were limited in their selection of biologics during the index date to only TNFis, and the only alternative-MOA biologic, secukinumab, only became available towards the tail-end of the follow-up period [19-22]. As the TRA notes in their recommendations if there is intolerance and/or toxicity to the initial TNFi it is recommended for patients to try an alternative MOA [6]. As there was no alternative MOA available for the majority of this study’s timeline there may have been an even higher percentage of patients that would have benefited from switching to an alternative MOA. This suggests an unmet need for biologics with new mechanisms of action and/or better optimization of the first choice of biologic [23,24].

This study has several limitations. This was a non-randomized retrospective analysis that relied on propensity score matching of the limited clinical information available in the claims database and was subject to the potential of unmeasured confounding. The propensity score matching included age, gender, and CCI, but did not include the musculoskeletal and non-musculoskeletal manifestations and comorbidities included in this analysis, which could have accounted for differences between the cohorts [25]. AS-related comorbidities were not controlled for to allow for differences in disease severity between the two cohorts. As it is a claims-based database analysis only limited clinical information such as diagnostic codes are available, clinical information that could have been used to evaluate the effectiveness of biologic and non-biologic treatment was not included. Thus, no inference as to the reason for treatment switching, discontinuation, or augmentation can be made. The database also only contains data for direct healthcare costs (reimbursed materials and services) and does not include indirect costs such as those related to absenteeism and presenteeism, which are important factors for consideration in ankylosing spondylitis [26,27]. Second, ankylosing spondylitis is often subject to misdiagnosis and without clinical information validation of the ICD-code algorithm used to identify AS in this analysis cannot be trusted as fully accurate [28]. Lastly, the current treatment paradigm for biologic therapy of AS patients in Taiwan is likely different than in 2015 due to the reimbursement of new biologics with different mechanisms of action [29,30].

Patients initiating their first biologic therapy experienced large declines in the utilization of other AS-related medications and non-medication costs during their first year of therapy compared to a matched cohort of AS patients receiving NSAID therapy without biologic use. The rate of switching to a second-line biologic may suggest the need for additional biologic options at initiation and improvements in initial treatment selection.

This study was funded by Eli Lilly & Co.