The utility of medical etymology in forming a differential diagnosis

When I started medical school, I was told that learning medicine required learning a new language. While it would be more accurate to say that it requires learning a new lexicon, the message is the same: there are thousands of specialized words to learn and apply. We assimilate these words into our vocabulary beginning in medical school and continue throughout our careers. After a while, we recognize familiar roots, prefixes, and suffixes wherever they show up. In the case of leukocoria, leukocytosis, or leukoplakia, we know we’re dealing with something white. Without even realizing it, we know that cholecystostomy means “bile bladder hole.” For the most part, we learn to navigate the medical lexicon with unconscious familiarity. In fact, sometimes we breeze right past the meaning contained within the words we use every day. For example, just the other day I forgot whether it was an adrenal myelolipoma or an adenoma which contained macroscopic fat, only to realize that “lipoma” is right in the name myelolipoma--the answer was right in front of me! As I began to think about medical etymology more, I found myself pondering why a hyperplastic cholecystosis of the gallbladder is called “adenomyomatosis,” while ectopic glandular tissue in the wall of the uterus is called “adenomyosis” - the only difference is three letters, “mat.” Or, beyond this, what other useful information might be contained within names like “hepatic epithelioid hemangioendothelioma.” After a bit of investigation, I’ve come to the conclusion that a better understanding of medical etymology can help in forming a differential diagnosis.

Let’s start with the example of a hepatic epithelioid hemangioendothelioma, a rare, low-to-intermediate grade malignant hepatic vascular tumor. If we begin to deconstruct the name, we can immediately recognize that it contains the elements “hemangio” (“blood”+”vessel”) and “oma” (“tumor”) of the more common entity “hemangioma [1].” So we know that we are dealing with something related to a hemangioma. Before we go on, however, what is the difference between a “hemangioma,” and an “angioma?” Both seem to refer to blood vessel tumors. The fact is, that while we commonly associate the prefix “angio” with blood vessels, it actually refers to any endothelial vessels, including lymphatic vessels. So “hemangioma” and “lymphangioma” are in fact subtypes of “angiomas,” and when we perform an angiogram, we are technically performing a “hemangiogram.” Without digressing further from our original deconstruction effort, we can now appreciate that a “hemangioendothelioma” is a type of blood vessel tumor like a hemangioma, the only difference being the “endothelial” element, which, in this case, only serves to confirm that the tumor indeed arise from endothelial cells, as well as (presumably) to differentiate it from a hemangioma in name. Considering the significance of this from a radiographic perspective, we would expect a hemangioendothelioma to share imaging findings with a hemangioma, which it indeed does. Both are commonly hypoattenuating lesions demonstrating peripheral enhancement on CT and both can demonstrate variable echogenicity on ultrasound (although hemangiomas are most commonly hyperechoic) [2]. Therefore, if we consider a case of noncontrast CT demonstrating a liver with multiple, large, hemangioma-like lesions and the additional unexpected finding of associated capsular retraction, we would think beyond the diagnosis of hemangiomas to also include hemangioendotheliomas (as well as other lesions, including metastatic disease). In both cases, calcifications are uncommon but possible. Now, returning again to etymology, we must consider the significance of the adjectives “hepatic” and “epithelioid.”, The inclusion of “hepatic,” not surprisingly, simply functions to differentiate the hepatic variant from those that occur elsewhere within the body, such as in the lungs and limbs. In this way, the full name serves as a useful reminder that the disease can manifest outside the liver as well. The second adjective, “epithelioid,” means “epithelialresembling” (“oid” means resembling, such as in anaphylactoid), and refers to activated macrophages resembling epithelial cells. Epithelioid cells are present in all granulomas. While this is primarily of histopathological significance, it can remind us that epithelioid tumors can occasionally have findings also seen in other granulomatous diseases. Now, to summarize, we can appreciate that a hepatic epithelioid hemangioendothelioma is a hepaticvariety blood vessel tumor with granulomatous histopathology.

At this point, we return to the distinction between adenomyosis and adenomyomatosis from the introduction. Recall that the important distinction is the three letters “mat,” which is actually the difference between “myo” (“muscle”) and “myoma” (“muscle + tumor”). The “t” merely functions to join adenomyoma with “-osis.” So deconstructing adenomyosis yields “a condition of glandular muscle,” while adenomyomatosis is “a condition of glandular muscle tumors.” In this way, respectively, these descriptions fittingly refer to ectopic glandular tissue within uterine muscle and hyperplastic changes of the gallbladder wall with diverticular formation that can often have a tumor-like appearance! [3]. Lastly, on the subject of the gallbladder, we can also now appreciate such straight-forward questions as: what is the difference between gangrenous and emphysematous cholecystitis? It's all in the name, and in this case, no etymological knowledge is even needed.

Pausing to appreciate the lexicon of our field and to look for radiographic correlates will make us better radiologists, capable of recognizing deeper patterns between language and imaging findings. 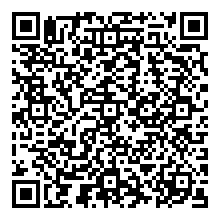