Sonographic appearance of ewings sarcoma of femur: a case report

Ewings sarcoma is the second most common bone tumor after osteosarcoma in children and adolescents. Diagnosis of skeletal Ewings sarcoma is usually based on MRI and histopathological findings. But one should be aware of the ultrasonographic appearance of this tumor as this may aid in the initial diagnosis. We report a case of Ewings sarcoma of the femur in which a periosteal reaction, cortical destruction, and Power Doppler on sonography suggested a probable malignant diagnosis.

Ewing’s sarcoma (ES) is the second most common bone tumor after osteosarcoma in children and adolescents. ES are aggressive tumors with a tendency towards recurrence following resection and pronounced proclivity toward early hematogenous metastases to lungs and bone. No hereditary or congenital syndromes, environmental or known risk factors have been associated with the occurrence of ES. In 90% of cases, Ewing’s sarcoma family tumor (ESFT) cells harbor the translocation t(11;22) (q24;q12), and in the remaining 10% the variant translocation is t(21;12)(22;12).

A 15 year old male patient, presented with a firm, tender swelling of the left thigh. However, there was no restriction of movement of the knee joint. He was febrile and white blood cell counts were raised. However, X-ray chest and ESR were normal. The patient was referred to the department of radiodiagnosis for ultrasonography of left thigh to rule out any abscess formation.

Ultrasound was done with a linear probe at 12 MHz. A large heterogeneously hypoechoiec mass was seen in the region of the swelling. Sunray type of appearance was seen arising from the femur within the soft tissue – suggestive of sunray –type periosteal reaction (FIGURE 1). Increased vascularity was noted within the soft tissue mass on Color Doppler (FIGURE 2). We gave the provisional diagnosis of Ewing’s sarcoma or Osteosarcoma. Figure 1. Sonogram in the region of swelling shows a hypoechoiec soft tissue mass with sunray pattern of periosteal reaction along the distal diaphysis of femur. There was surrounding soft tissue swelling predominantly on the medial side. The knee joint was normal.

Biopsy from the mass was done and it showed sheets of round to oval cells with scant cytoplasm and hyperchromatic nuclei. Vague rosettes were seen. On IHC, tumor cells expressed FLI-1, vimentin, CD-99 and synaptophysin. Diagnosis of Ewing’s sarcoma of the left femur was made.

Ewing’s sarcoma may affect any bone in the body. Femur, ilium, humerus and tibia are the most common sites. Diaphysis is the most commonly affected part of the bone. Ewing sarcoma is one of the malignant round cell tumors involving bone [1].

Mostly the patient presents with pain and local swelling, dilated veins, hyperthermia, anemia and increased erythrocyte sedimentation rate. A history of previous trauma may be present [2]. Typically radiographic appearance of Ewing's sarcoma is that of a permeative destruction of bone. It is associated with a soft tissue mass. Lesions can cause a lamination type of periosteal reaction (onion skinning) or vertical spiculation [3].

Ewing’s sarcoma shows highly aggressive biological activity, which is seen in its radiographic appearance, including osteolysis, cortical erosion, periostitis and soft tissue masses. The bone destruction is generally of permeative or moth eaten type and the periosteal response are often exuberant. It consists of multiple layers of new bone formation like laminated, onion skin, or onion peel pattern or horizontally oriented thin osseous strands extending at a right angle to the bone, giving the hair-on-end appearance [4].

The terms, sunray or sunburst, are used for periosteal new bone formation in which new bone is formed perpendicular to the cortex, giving rise to multiple lines like sun rays. This could occur when the periosteum is rapidly stripped from the cortex. A variety of substances that contact the inner surface of the exposed periosteum can cause new bone formation like inflammatory products from infection, blood from trauma, granulomatous reactions and neoplasms [5].

Sonography can be useful for guiding the diagnosis. Previously authors have reported a variety of conditions where sonography can be used to evaluate the bone. Areas of bony lysis appear as scooped-out areas on the surface of the bone. Hyperechoiec spicules protruding from the bone are consistent with proliferative changes [6]. These bony spicules give a sun ray appearance in the soft tissue mass adjacent to the bone.

So we conclude that sonographic sun burst appearance can be an important diagnostic tool in malignant bony lesions. 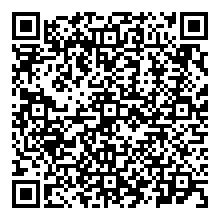