The study by me and my colleagues our study in the May 2015 issue of Journal of Surgical Research compared the clinical efficacy and safety of radiofrequency ablation (RFA) versus surgical resection (SR) for intrahepatic hepatocellular carcinoma (HCC) recurrence using meta-analysis techniques [1]. We found that the 1-, 3-, 5-year overall survival rate and procedure-related mortality rate were similar in patients treated with RFA or SR. Meanwhile, SR was associated with significantly higher 1-, 3-, 5-year recurrence-free survival rate and procedure-related morbidity rate compared with RFA. Then, we concluded that RFA seems to be as effective as SR for the treatment of intrahepatic HCC recurrence owing to comparable overall survival benefits though RFA was associated with lower recurrencefree survival, and the advantages of being less invasive, highly target-selective and repeatable may render RFA a preferred treatment option for selected patients [2,3]. Herein, we would like to raise the following comments: In our study, most of the included studies were performed in Asian countries where there is high prevalence of hepatitis B virus (HBV) related HCC; only one study was performed in non-Asian county country. It has been suggested that early HCC recurrence is generally considered as the dissemination of initial HCCs which were undetected by imaging modalities [2,3]. Also, recent studies have demonstrated that high HBV load and HBV mutation promote the growth and metastasis of HCC, and the hepatitis B virus X protein promotes the invasive and metastatic potential of HCC [4,5]. These viral factors may actually accelerate the recurrence of HCC after RFA rather than after surgical resection as due to the RFA’s insufficient elimination of the first recurrent HCC ablation feature of RFA in certain conditions compared to surgical resection. Therefore, whether the results, especially the recurrence-free survival outcomes, could be applicable to non-Asian populations remains to be determined. In addition, RFA can be performed via percutaneous, laparoscopic or open approaches, and percutaneous RFA is the most less least invasive approach and significantly improves the rate of censored patients compared to other approaches. However, in our study, we did not compare each of these three approaches with surgical resection for intrahepatic hepatocellular carcinoma recurrence. Therefore, the clinical efficacy and safety of different approaches of RFA versus surgical resection, especially RFA via percutaneous versus surgical resection, should be further researched. 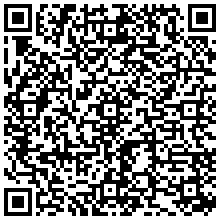