Lipomas are benign tumors consisting primarily of mature adipocytes. Imaging is important in distinguishing benign ossifying lipoma from more aggressive tumors such as well-differentiated liposarcomas. Early diagnosis of ossifying lipoma and understanding of its benign etiology prevent unwarranted medical intervention such as biopsies and surgical resection, as well as decrease patient anxiety.

Lipomas are benign tumors consisting primarily of mature adipocytes [1]. Lipomas tend to occur in patients over 30 years of age, with equal incidences in men and women. Though lipomas make up approximately half of all neoplasms within soft tissues, lipomas containing osseous elements are quite rare [2]. The exact incidence of these tumors is unknown. These types of lipoma, also called ossifying lipomas or osteolipomas, are benign lipomatous masses containing regions bony tissue. Ossifying lipomas have been documented in the head and neck area, upper and lower extremities, sternoclavicular region, and in subcutaneous soft tissue [3]. The presentation of ossifying lipoma is often asymptomatic, and as a result most cases are not detected for years [1]. In addition, ossifying lipomas may share overlapping clinical and radiological characteristics with benign tumors as well as malignant neoplasms [3]. For this reason, it is often difficult to narrow a differential diagnosis. Histological examination is often the most useful tool in making a definitive diagnosis of ossifying lipoma [4]. Surgical excision is often the treatment for ossifying lipoma [1,4-6]. The prognosis for ossifying lipomas is the same as that of conventional lipomas [1], but due to the scarcity of clinical knowledge about ossifying lipomas, patients should receive long-term follow-up [4]. This literature review found no reports of recurrence of ossifying lipoma.

■ Pathogenesis of lipoma with osseous elements

Multiple theories exist regarding the pathogenesis of ossifying lipoma, though two proposed mechanisms are particularly widely cited in the literature. The first theory suggests that ossifying lipomas result from the multidirectional differentiation of multipotent mesenchymal cells. In this argument, the mass contains the osseous elements from its onset. This mechanism would explain ossifying lipomas close resemblance to benign mesenchymoma [7]. The theory claims that a lipoma with osseous tissue is the result of mesenchymal differentiation into both bone and adipose tissue because the two types of tissue are discontinuous within the mass. Furthermore, the tumor does not display hematopoiesis yet contains erythrocytes, lymphocytes, and plasma cells [8].

The other widely suspected origin of ossifying lipoma is the metaplasia of fibrous elements into bone tissue, secondary to the existing “classic” lipoma. This metaplasia may be a reactive change in response to various external factors such as mechanical stress, repeated trauma or ischemia [9]. Proponents of this mechanism cite their histological findings of disorganized lamellar bone adjacent to myxoid fibrous tissue and surrounded by uniform adipocytes [7].

Aside from the two hypotheses previously described, it has also been suggested that ossifying lipomas develop due to factors released by monocytes in the circulation that induce the transformation of fibroblasts into osteoblasts [10], or perhaps due to an inadequate nutritional supply in the center of a large lipoma [8].

Ossifying lipomas are generally soft, palpable subcutaneous masses that are round or discoid in shape [1]. They are generally well-defined [5,6]. They may be fixed or mobile [11,12]. A review of English reports of lipomas with osseous differentiation found that the average tumor size was 3.8 cm (SD, 2.2 cm; range 0.8- 9 cm). It also found that these tumors tend to present as painless masses that grow gradually for a mean of 7 years (range 2 months to over 30 years) [3]. Their generally asymptomatic nature makes it possible that an ossifying lipoma remains undetected by the patient for years [1]. This is not to say that ossifying lipomas never lead to complications that can be noticed by the patient or clinician. Their location itself may cause secondary, noticeable symptoms. For example, neurological deficits may occur if the tumor compresses a nerve [2]. Additionally, an ossifying lipoma in an intra-articular or juxtaarticular location can produce mechanical symptoms which lead to earlier presentation as well as a wider differential diagnosis including calcified synovitis, myositis ossificans, or a degenerative joint condition if the mass erodes the nearby joint tissue [13]. Ossifying lipomas of the head and neck may resemble malignant neoplasms based on their clinical presentation [3].

Histological examination is considered the best approach to reach a definitive diagnosis with ossifying lipoma [4]. Ossifying lipomas typically display mature fatty tissue with diffuse bone trabeculae [14]. Upon dissection, there is the gross appearance of bony tissue. Microscopically, the mass may resemble marrow, with luminal microvasculature, erythrocytes, and leukocytes as seen in mature bone tissue [8]. Ossifying lipomas can either have a clear delineation between bone and adipose, or they can have bony attachments. In cases of bony attachments, the adipose tissue tends to be more abundant with irregularly organized mature lamellar bone tissue, sometimes with cartilaginous components [3]. In ossifying lipoma, the tumor is typically surrounded by a thin fibrous layer associated with thin trabeculae of mature bone. The mature bone component is frequently surrounded by peripheral osteoblasts, and there is an absence of nuclear atypia or increased mitotic rate. The muscle surrounding the mass may show infiltrates of reactive focal lymphocytes [9,12].

Computerized tomography (CT) and magnetic resonance imaging (MRI) are able to examine and quantify the lesions internal components such as fat, soft tissue, and calcifications. C T is preferable for observing ossification, whereas MRI is helpful for observing soft tissue such as fat. On CT, ossifying lipomas appear as well-defined tumors containing areas of both low-density fatty tissue and high-density calcification, with thin septa (Figure 1A) [6-8]. These bony areas can display an irregular trabecular pattern. CT imaging is best for showing the border between osseous and fatty tissue [9]. MRI of ossifying lipoma shows a wellcircumscribed mass with a high-signal intensity on T1-weighted imaging [7,9,15]. The mass contains internal calcification consistent with mature trabecular and cortical bone. The calcified regions are outlined by thin, enhancing internal septa. Post-contrast T1-weighted imaging shows coarse calcifications with no significant nodular enhancement (Figure 1B). On fat-suppressed T2-weighted images, the mass displays high-signal foci with uniform suppression of the fatty tissue contained within [9,15]. Coarse calcifications can be seen as low-signal intensity foci on all pulse sequences.

Imaging is important in distinguishing benign ossifying lipoma from more aggressive tumors such as well-differentiated liposarcomas. Ossifying lipomas maintain a stable size and show maturing ossification over time, consistent with a long-standing indolent process (Figures 2 and 3). More aggressive tumors are more likely to contain thickened septa greater than 2 mm and nodular arrangements of non-adipose tissue representing internal de-differentiated elements, whereas ossifying lipoma shows thin internal septa and lacks nodular enhancement. More aggressive tumors are also more likely to have a larger overall size within a subfascial area of the body and consist of a lower composition of fatty tissue by percentage. Furthermore, liposarcomas come to resemble adipose tissue more closely as they become differentiated. In other words, a tumor consisting mostly of fatty tissue with thickened, irregular septa and nodular areas of non-adipose tissue is more likely a liposarcoma than an ossifying lipoma. Given these radiological characteristics, we believe that these tumors originate through the proliferation of fibroblasts, followed by increased deposition of soft tissue which then ossifies. These ideas are consistent with the fibroblastic theory of ossifying lipoma development, which holds that ossifying lipomas result from metaplasia in a pre-existing lipoma secondary to events such as repetitive trauma or long-term ischemia [5]. 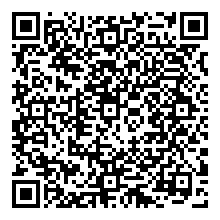