Intraosseous synovial sarcoma of the body of the scapula

Background: Intraosseous Synovial Sarcoma is extremely rare. To the author’s knowledge this is the first description of an intraosseous synovial sarcoma of the scapula.
Case description: Here, a case of a giant Synovial Sarcoma of the body of the scapula is reported. Diagnosis was based on histologic (haematoxylin and eosin) pattern and immunohistochemical analysis and confirmed by cytogenetics. The patient underwent a Malawer type IV resection. Four years after index surgery the disease recurred and another resection was performed followed by radiotherapy. Seven years after initial presentation this patient is disease-free.
Literature review: To date, only 10 cases of intraosseous synovial sarcoma have been reported, being located to the mandible, elbow, proximal femur, tibia and sacrum. In all cases, wide surgical resection was advocated but, despite optimal treatment, prognosis remained poor.
Clinical relevance: In this study a novel localization for intraosseous synovial sarcoma is described and its engagement with wide surgical resection (Tikhoff-Linberg procedure - total extra-articular scapulectomy) is presented. Prompt surgical and adjuvant treatment led a favorable prognosis.

Synovial Sarcoma (SS) is an aggressive soft tissue tumour, which is not derived from the synovial tissue as its name could suggest. This terminology is due to an apparent microscopic resemblance to synovium. In fact, SS frequently arises in the vicinity of large joints but has no connection or relationship with synovium. The main proof is that it occurs in any part of the body [1] – any region of the limbs, head, neck, trunk and abdomen. SS represents 5-10% of all soft tissue sarcomas [1,2]. It affects adolescents and young adults, the majority having between 15 and 35 years [3]. Being contiguous to bone it can induce periosteal reaction and erosion and/or invade the cortical; these situations, however, are relatively uncommon, occurring in 15-20% of the cases [4]. As a bone tumour, SS is extremely rare. To the author’s knowledge only 10 cases have been reported to date. In this report a case of a giant SS of the body of the scapula that underwent resection and is diseasefree after 7 years is presented.

A 56 year-old female presented with a 14 cm left scapular mass and a frozen shoulder. Xray and CT-scan revealed an osteolytic lesion of the body of the scapula, with joint and soft tissue invasion (FIGURE 1). MRI showed no involvement of neurovascular structures. A CT-guided trucut biopsy (FIGURE 1) was performed. Haematoxylin and eosin analysis revealed ovoid/ spindle cells forming irregular and short fascicles, with small cytoplasm and oval, slightly irregular, nuclei with scarce mitotic activity and a prominent hemangiopericytoma-like vascular architecture (FIGURE 2 A-2C). Immunohistochemistry showed positivity for vimentin and cytokeratins AE1/AE3 and CAM 5.2 (FIGURE 2 D-2E) and negativity for CD34 and EMA, establishing the diagnosis of a monophasic, grade II SS. After staging [5] (T2b,N0,M0,G2) neodjuvant chemotherapy with ifosfamide, adriamicine and mesna was initiated. Three months later an en bloc resection of the scapula, proximal humerus and external third of the clavicle (Malawer type IV [6]) was performed (FIGURE 3). No reconstruction of the shoulder girdle was considered (FIGURE 4). Specimen exam (FIGURE 3) didn’t reveal any epithelial component that could have been missed in the microbiopsy in a biphasic tumour, confirming the diagnosis of a monophasic SS. Margins were wide. Tumour necrosis was 40%. The multidisciplinary oncology team decided not to perform adjuvant chemotherapy. Upper limb function after physiotherapy was 63.8 points in DASH [7] score. 4 Four-years later a positron emission tomography and a MRI showed a 2cm node histologically (trucut biopsy) confirmed it as a recurrence. Another wide margin resection was performed. The patient underwent postoperative radiotherapy. The upper limb function stayed unchanged and, at 7 years follow up, is disease free. Figure 1: Tru-cut CT-guided biopsy of the intraosseous SS of the body of the left scapula. The first case of an intraosseous SS was reported in the literature in 1997 and occurred in the tibia [8]. Since then, to the author’s knowledge, only 10 cases have been reported, which located to the mandible, sternum, sacrum, proximal femur and distal tibia [4,9]. This SS of the body of the scapula is doubtless intraosseous as proven by the CT-scan (FIGURE 1). From the histologic point of view, the tumour had both the ovoid/ spindle cell and the hemangiopericytic-like vascular component, which are morphological characteristics of the monophasic form of a SS [3]. However, to distinguish this tumor from other spindlecell neoplasms, like fibrossarcoma, spindle cell carcinoma, leiomyosarcoma, malignant peripheral nerve sheet tumour or solitary fibrous tumour, an immunohistochemical panel was advised [1], which confirmed a focal positivity for cytokeratins and absence of immunoreactivity for CD34 and for muscle markers, as was expected for the diagnosis of synovial sarcoma. The specific t(x;18) (p11.2;q11.2) chromosomal abnormality present in more than 90% of SS [10] had not been studied at the time of initial diagnosis but was recently confirmed. Local recurrence occurs in up to 50% of cases of SS [11,12], usually within the initial 2-year period of follow up. Haematological and lymphatic dissemination of SS may occur and metastases may arise in lung, bone and lymph nodes. Reported 5-year survival rates are 25-50% with adverse prognostic factors being diameter greater than 5 cm, distant metastases and bone and neurovascular involvement [13,14]. Several studies evidenced the benefits of irradiation therapy in local control of SS [15,16]. Conversely, chemotherapy showed an increase in survival rates, preventing pulmonary metastasis [14]. In the case presented here the initial local control was achieved by the wide margins. After the recurrence, which was diagnosed and treated very early, radiotherapy was considered necessary. Despite the poor response to chemotherapy, distant metastases have never been detected. 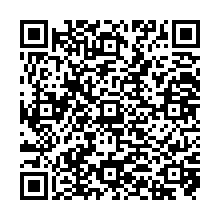