■ When did you first become interested in different imaging technologies?

I first became interested in different imaging technologies as a medical student. We received a lecture from an MRI physicist, who showed us an early T1 sagittal image of the brain and I was amazed at the level of detail that could be visualized, even back then in the early 1980s.

■ How did you decide to pursue biomedical imaging as a career?

I became interested in radiology as a medical student and this interest grew as a resident and senior house officer (now equivalent of foundation years 1 and 2). I realized that radiology allowed confirmation of a diagnosis suspected from taking a history and examination of a patient, or excluded the clinical diagnosis and showed something entirely different. In those days, people entering radiology higher training were expected to have trained in another specialty first and so I spent 2 more years after being a resident training in hospital medicine and taking the Membership of the Royal College of Physicians examination, before training as a radiologist in Glasgow (UK) and Aberdeen (UK), and finally becoming a consultant radiologist in 1995.

■ How did you carry out your first work in structural and functional brain imaging correlates of cognitive aging & dementia?

I moved to an academic position in 1996, then in 1998, I was asked to join a research team studying the Aberdeen Birth Cohort of 1921 (ABC21), lead by Lawrence Whalley. All those individuals in the study cohort had taken the same test at school on 1 June 1932 at approximately 11 years of age, providing important baseline information against which future cognitive ability could be compared. Whalley, and our collaborator Ian Deary at the University of Edinburgh, understood the value of these childhood intelligence data. In late life, the survivors were recruited into a longitudinal study that became known as the Aberdeen birth Cohort of 1921. With my colleague in Aberdeen, Roger Staff, we received grant funding from the Chief Scientist Office and in 1999/2000, we began brain imaging using structural MRI in a subset of 106 individuals from this cohort; this lead to several imaging publications and a PhD studentship. The main imaging findings from this work were that white matter hyperintensities had a negative effect on cognitive ability [1]; that they accounted for approximately 14% of the variance in life long cognitive change from the age of 11 to 78 years [2]; that education and occupation contributed to cognitive reserve (the ability to withstand the effects of dementia-related neuropathology) [3]; and that hypertension and impaired glycemic control (a tendency to be diabetic) were the main risk factors for MRI-detected white matter hyperintensities [4].

■ What led you to found the Scottish Imaging Network: A Platform For Scientific Excellence? How has it facilitated research in this area?

The Scottish Imaging Network: A Platform for Scientific Excellence (SINAPSE) was founded by Johanna Wardlaw and other lead applicants from the Universities of Aberdeen (myself ), Glasgow (Donad Hadley), Dundee (UK; Dick Lerski), St Andrews (UK; Arlene Astell) and Stirling (UK; David Donaldson). The aim was to increase critical mass in research brain imaging expertise (particularly new chairs and middle-grade staff) and training (by developing a worldclass PhD training scheme). We were all aware that Scotland was too small for us to compete and we wanted to create an effective structure or virtual center for sharing access to cutting-edge equipment and expertise across Scotland. Wardlaw successfully led SINAPSE from 2007 to 2010, when Dave Wyper of the University of Glasgow took over.

■ How have advances in imaging techniques increased our understanding of neurodegenerative diseases?

Imaging has lead to significant advances in understanding neurodegenerative diseases, from basic structural imaging, demonstrating that most age-related neuropathologies usually coexist (e.g., atrophy typically associated with Alzheimer’s disease and cerebrovascular disease), to more recently available structural MRI techniques, such as T2*-gradient echo and susceptibilityweighted imaging showing sites of microhemorrhage. They increase as normal people age, but they probably also reflect a condition called amyloid angiopathy. Some of the earliest evidence that the brain is failing may be seen as relocation of function to nonstandard sites. Molecular imaging with PET or SPECT is also a very sensitive method for inferring underlying neuropathology and will do so before atrophy is evident in structural imaging. Both structural and molecular imaging have made it clear that patients usually only become symptomatic from neurodegenerative diseases by the time there has been destruction of significant amounts of functional brain areas, making detection of these diseases in their earliest stages, when new drugs might be most effective, very challenging.

■ What led to the MRI in the Aberdeen 1936 Birth Cohort study?

The Aberdeen 1936 Birth Cohort (ABC36) study was also led by Whalley and was a logical extension of the programme of work that arose from ABC21, but with a larger sample and this time, including functional MRI. We are continuing to carry out imaging research in the ABC36 participants, and imaging work to date has demonstrated that, during an informationprocessing speed task, functional MRI activation lead by Gordon Waiter in successful cognitive aging is similar to the pattern seen in young people in the frontal lobes; however, in those who are performing less well than expected based on childhood intelligence (but still within the normal range), there is relocation of function to parietal brain areas [5]. Studying cognitive reserve in ABC36 has shown that the positive contribution of education is balanced by the deleterious effect of subclinical pathology in the form of cerebrovascular disease (as estimated by MRI-derived white matter hyperintensities) and Alzheimer’s disease (as estimated by hippocampal volume) [6]. More recently, we have shown that hippocampal volume is related to ABC36 participants’ childhood socioeconomic status, suggesting that some participants are more vulnerable to the effects of atrophy in late life [7].

■ How has the field changed since you began your career?

The field has changed enormously with the choice of imaging modalities and range of options within modalities increasing considerably (such as MRI sequences or tracers for PET). The sophistication of methods of image analysis and modeling of image variables with other relevant variables have also improved, giving us extremely powerful methods for analyzing complex inter-related data. Even in routine neuroradiology, the reporting of images has been revolutionized since Picture Archiving and Communication Systems became available and, in future research, will have the greatest impact if analysis methods can be deployed easily on Picture Archiving and Communication Systems workstations.

■ What have been the key findings of the regional cerebral blood flow SPECT studies? Were there any surprise findings?

We have used regional cerebral-blood flow SPECT in routine National Health Service practice for investigation of patients with dementia for many years, and were familiar with the typical patterns of deficit in the posterior temporoparietal regions. The key findings of the Phase II clinical trial of rember™ (TauRx, Aberdeen, UK) were that the trial drug caused stabilization of cognitive ability in people with Alzheimer’s disease compared with controls, and that statistical parametric mapping analysis of regional cerebral blood flow SPECT could detect drug effect sooner than clinical testing. A Phase III international study is about to start.

■ How has imaging the vascular system and the ability to assess risk factors associated with Alzheimer’s disease enhanced our understanding of cognitive aging?

My imaging research has concentrated on imaging brain white matter hyperintensities, which are associated with vascular risk factors and are presumed to be of vascular origin. There are almost certainly other processes involved, such as inflammation and altered cerebrospinal fluid dynamics. Work to date indicates that white matter hyperintensities are not part of the pathology of Alzheimer’s disease, but are a coexisting pathology that can also lead to cognitive impairment and which should be accounted for in statistical analysis.

■ How important was the development of the National Clinical PET Service across Scotland?

The National Clinical PET Service developed following the publication of a Health Technology Board for Scotland report lead by Peter Sharp, which concluded that there was evidence for the cost–effectiveness of PET in patients with lymphoma, lung cancer and recurrent colorectal cancer. At that time, the University of Aberdeen had the only PET scanner, cyclotron and radiochemistry facilities as there had been PET research in Aberdeen for several years under the leadership of John Mallard and Sharp. When the Scottish-wide service was developed in 2005, patients were often surprised they had to travel to Aberdeen for their scan. The inclusion of PET in the imaging pathway has lead to better information about tumour staging, meaning, for example, that unnecessary surgery in lung cancer is avoided or confirming that there is no active tumor in a residual mass after chemotherapy for lymphoma, meaning further doses are avoided.

■ What do you consider to be the most significant research development in the field over the last decade?

I consider the most significant research development in the field to be a better understanding of the molecular pathology of different neurodegenerative diseases that will lead to more specific tracers for PET.

■Going forward, what obstacles do you think research in the field is likely to encounter?

Imaging is costly and requires highly skilled staff to carry out image acquisition, processing, analysis and modeling with other relevant variables. This makes it expensive and this sometimes makes funding a research proposal unaffordable. It is the role of imaging researchers to articulate the advantages that imaging adds to research and how it is often the best way of answering a research question.

■ What advice would you give to someone considering a career in biomedical imaging?

You will be joining a multidisciplinary team conducting research that makes a difference to patients – what more could you want?

A Murray has no relevant affiliations or financial involvement with any organization or entity with a financial interest in or financial conflict with the subject matter or materials discussed in the manuscript. This includes employment, consultancies, honoraria, stock ownership or options, expert testimony, grants or patents received or pending, or royalties. 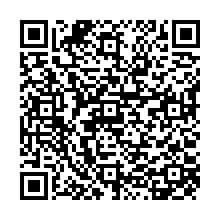