Crohn’s disease is a chronic, relapsing, autoimmune disorder that may affect any portion of the gastrointestinal tract, most commonly the terminal ileum. The incidence of inflammatory bowel disease (IBD) is believed to have increased by up to 31% in the USA since 1991 [1]. Diagnosis and evaluation of suspected acute flares of IBD can be challenging for the gastroenterologist. A myriad of diagnostic options exist including clinical indices, serum markers, diagnostic imaging and endoscopy. The ultimate goal remains not simply diagnosis, but differentiation of active inf lammatory versus chronic, fibrostenotic disease. The former will respond to medical therapy, particularly a relatively new class of potent immunomodulators, whereas the latter will likely require surgical treatment.

Cross-sectional imaging is currently a mainstay of evaluation of patients with Crohn’s disease due to its ability to assess the entire bowel, particularly the small intestine, in addition to detecting extra-luminal complications including fistulas and abscesses. CT enterography (CTE) uses multidetector CT imaging in axial and coronal planes after the administration of intravenous contrast and low density oral contrast to optimize visualization of the bowel and mucosa. MR enterography (MRE) uses multiplanar contrast enhanced MR sequences to evaluate patients with suspected Crohn’s disease. CTE is most commonly performed, however multiple studies of MRE have demonstrated efficacy in the evaluation of Crohn’s disease, equivalent to CTE [2,3].

The accuracy of each technique is no longer an issue. We are in the advantageous position of having two powerful tools to serve gastroenterologists and patients alike. Now, we can focus on which test to recommend/provide for each patient with careful attention to the potential advantages and disadvantages of each.

It is worth taking a moment to explain the term ‘enterography’, as it is often misunderstood. Enterography is an examination optimized for evaluation of the small bowel. As such, oral contrast is administered, which is designed both to be low in attenuation/signal compared with the enhancing mucosa and to distend the small bowel.

The contrast should be low in attenuation/ signal compared with the mucosa to permit detection of subtle hyperenhancement, which is among the earliest radiological signs of IBD [4]. Perhaps more importantly, adequate bowel distension permits confident differentiation of small bowel thickening and stricture from loops that are simply collapsed [5]. Various agents and concoctions have been tried, but many institutions use VoLumen (Bracco, Milan, Italy), which we use for both CTE and MRE.

Unfortunately, the small bowel distension achieved with VoLumen is variable depending on the GI transit time and, to a large degree, on the patient’s willingness to drink it while suffering from a possible flare of IBD. However, it is currently the best available option in lieu of CT or MR enteroclysis, which is an invasive technique requiring naso-duodenal intubation to instill oral contrast via an electric pump.

One reason that the use of CT has grown so fast in the past two decades is quite simple but often overlooked: it works. In a single breathhold, now ubiquitous multidetector CT scanners generate pristine images of the entire abdomen and pelvis, which can be easily reformatted to display pathology to the best advantage.

The speed of CTE is its greatest advantage over MRE. Due to short acquisition times, images are free of motion artifacts caused by normal intestinal peristalsis even without administration of antiperistaltic agents (e.g., glucagon). Clear, motion-free images allow confident assessment of hyperenhancement and bowel wall thickening, with excellent interobserver agreement [6]. CTE also reliably detects other signs correlated with active inflammation, including mural stratification, soft-tissue stranding and engorgement of the vasa recta [7], which is critical for helping gastroenterologists appropriately triage patients to medical versus surgical therapy. Studies have also shown that these signs regress with effective therapy, suggesting that CTE may also be able to predict/monitor patient response to potentially toxic therapies [8].

The efficacy of CTE has been repeatedly proven in clinical trials and the technique has gained widespread acceptance. The Mayo Clinic, for example, reported a nearly tenfold increase in its use between 2001 and 2004 [9]. This marked increase has occurred in parallel to the decreased use of the fluoroscopic oral contrast small-bowel follow-through (SBFT), which CTE has largely replaced.

“This ability to image bowel segments over time is a critical component of small-bowel follow-through, which is lost on CT enterography and regained with MR enterography.”

Computed tomography enterography is undoubtedly a superior imaging test compared with SBFT. It is more sensitive and reproducible, can detect extraluminal complications, and is faster and better tolerated. A potential downside of CTE is that the radiation doses are higher than SBFT [10]. The radiation dose from a single CTE is not particularly concerning, and newer CT techniques have shown a significant decrease in radiation dose using modified protocols and reconstruction algorithms [11]. However, IBD patients are typically diagnosed in young adulthood and will often require numerous examinations throughout their lives. The increased lifetime radiation exposure of IBD patients has been well documented and the majority of this exposure is due to repeated CT examinations [12].

Computed tomography enterography is too effective to avoid based on radiation concerns and investigators have responded by finding ways to lower dose while maintaining diagnostic efficacy. One recent study demonstrated that a 50% reduction in dose could be achieved without sacrificing sensitivity for acute inflammation [13]. Certainly, advances in scanner hardware and software technology will continue to reduce the radiation dose of CTE.

In this era of radiation awareness/hysteria, what dose is acceptable? There is no doubt that the organ and effective doses of CT will decrease significantly in the next decade. However, as discussed above, patients with IBD are unique in their youth and need for serial examinations. In this population, MRE, which is free of ionizing radiation, is compelling.

Evaluation of the small bowel with MRE faces one major hurdle: bowel motion. Although MR pulse sequences have become increasingly fast, a single series can require approximately 20 s of imaging time, during which any bowel motion blurs the resulting image. This is only an issue on the contrast-enhanced images as the remainder of the commonly used pulse sequences for MRE (single-shot fast-spin-echo and steady-state free-precession) are sufficiently rapid. Unfortunately, while the most susceptible to motion, the contrast-enhanced images are also the most critical.

Most centers therefore administer pharmacologic bowel paralytics to minimize small-bowel motion. Although this complicates the examination a bit, it is easier than trying to read images plagued by blurring. However, just as the radiation dose of CTE is certain to decrease, the speed of MR pulse sequences will certainly increase in the near future, which may render this problem irrelevant.

As discussed earlier, multiple studies have been performed that show excellent accuracy of MRE compared with CTE and colonoscopy, even as image quality is ranked (subjectively) inferior [14,15]. In addition to providing this diagnostic information without ionizing radiation, MRE has at least two distinct potential advantages compared with CTE.

Although the number of images per MRE examination can frustrate some of our colleagues, the inherent redundancy of MRE is a significant potential advantage as it provides multiple images of each bowel segment at different time points.

Thus, a collapsed loop of bowel seen on one pulse sequence which could be mischaracterized as a stricture if imaged at a single time point, or may be seen to open on a subsequent pulse sequence. Although this has not been well studied, anecdotally it is quite useful and has prevented misdiagnosis in our practice on multiple occasions. This ability to image bowel segments over time is a critical component of SBFT, which is lost on CTE and regained with MRE.

Furthermore, MRE will likely prove more effective at distinguishing active inflammatory disease from chronic fibrostenotic disease, the ‘holy grail’ of IBD imaging. If we can accurately make this distinction, gastroenterologists can more effectively triage patients to potent medical versus surgical therapies and avoid the morbidity inherent in misclassification in either direction. MRE as a means of guiding patient therapy has been shown to be highly effective in small studies [16]. Elevated T2 signal in or adjacent to the bowel wall is now known to be a specific indicator of active disease, as is a stratified enhancement pattern on dynamic, contrast-enhanced images, whereas dark T2 signal and homogenous, mural enhancement suggest fibrostenotic disease [17–19].

What’s a radiologist to do?

In the end, whether to recommend/perform CTE or MRE depends upon the patient and the clinical question asked:

▪ For a young patient with known or suspected IBD, we recommend MRE. We do this knowing that if they have IBD they will likely require numerous examinations and when they later present to the ER with abdominal pain they will undoubtedly undergo a CT scan;

▪ When the clinical question is active versus chronic disease in a patient with known IBD, we recommend MRE. We are more confident assessing disease activity with T2 and dynamic contrast enhancement rather than a single phase of injection;

▪ In patients more than 50 years old or with any indication other than known or suspected IBD, we recommend CTE. CTE is a terrific test. It is fast, reliable and easy to interpret. In older patients, or patients with questionable symptoms, it is the way to go. 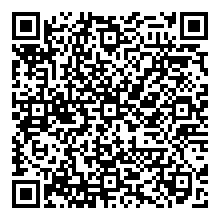