Autoimmune pancreatitis (AIP) is characterized by diffuse or segmental enlargement of the pancreas with irregular narrowing of the main pancreatic duct, and fibrotic change with lymphocyte infiltration histopathologically. Diagnosis of AIP is very important, since it can be treated by steroid therapy.

Previously, diffuse pancreatic enlargement with diminished signal intensity on T1-weighted MR images (T1WI), delayed parenchymal enhancement on dynamic imaging and a capsule-like rim, which shows as low density on computed tomography (CT) and hypointense on T2-weighted MR images, have been considered to be characteristic of AIP [1]. However, as recognition of the disease concept of AIP has spread and many cases have been reported, it is now recognized that AIP displays various CT and MRI findings [2–5].

Difficulties in differentiating AIP-related atypical imaging findings, such as focal enlargement of the pancreas, from pancreas carcinoma due to focal mass formation have been reported [6,7]. It is recognized that differentiating AIP from other pancreatic disorders may often be difficult.

We reviewed CT and MRI findings of 40 cases of AIP, and classified AIP into three types: diffuse, segmental and multifocal. We then attempted to differentiate AIP and other pancreatic disorders on CT and MRI according to those types of AIP.

The patient population consisted of 40 patients (29 men, 11 women, age: 19–81 years, mean: 58) who fulfilled the diagnostic criteria for AIP according to the Japan Pancreas Society 2006 (Box 1) [8], and had received no treatment before.

Dynamic CT was performed in all 40 patients (single- detector helical CT or four- or 64- detectorrow helical CT). MRI (Signa 1.5 T, Magnetom Vision or Symphony 1.5 T) was available in 37 patients (all include dynamic study).

Unenhanced MR images included axial T2-weighted turbo spin echo, axial T1-weighted gradient-echo images with and without fat saturation, and coronal magnetic resonance cholangiopancreatography. Contrast-enhanced, 3D dynamic MRI studies using gadopentetate dimeglumine were performed at an injection rate of 2.0 cm3/s, including early, portal and delayed phases. The early phase was obtained 30 s after the start of the injection, and the portal and delayed phases were obtained 60 and 240 s after initiation of the intravenous contrast medium injection, respectively. Postcontrast axial or coronal T1-weighted gradient-echo images with fat saturation were also obtained.

The following factors were analyzed:

▪ Presence of delayed enhancement area on dynamic study and its extent;

▪ Presence of capsule-like rim (defined as a band-like structure partially or totally surrounded the pancreas, which shows delayed enhancement on dynamic study);

▪ Contour of the lesion and change of circumference fatty tissue;

▪ Others (e.g., calcification and cysts).

Images were analyzed by two radiologists in conference fashion. Each factor was analyzed by evaluating both CT and MRI except for factor 3. Any discrepancy between the findings of CT and MRI was recorded.

MRI depicted lesions more clearly than CT; however, there was no discrepancy between CT and MRI findings:

▪ Presence of delayed enhancement area on dynamic study and its extent

A summary of the CT and MRI findings are shown in Box 2 (Supplementary figures 1–6) (see online www.futuremedicine.com/toc/iim/1/1):

▪ Contour of the lesion and change of circumference fatty tissue

▪ Others (e.g., calcification and cysts)

It should be noted that these findings are not so rare and can sometimes be observed in AIP.

Three types of AIP based on CT & MRI findings

According to the results, we classified AIP into three types: diffuse, segmental and multifocal.

The subtypes are as follows:

Segmental type AIP shows segmental pancreatic enlargement with delayed enhancement on dynamic study and hypointensity on T1WI of the same segmental area, with (subtype: 1) or without (subtype: 2) a capsule-like rim. Correct diagnosis of segmental type AIP may often be difficult in imaging findings alone.

The subtypes are as follows:

Multifocal masses, which demonstrate delayed enhancement on dynamic study and hypointensity on T1WI, are found within the diffusely enlarged pancreas. Multifocal type AIP (Supplementary figure 4) is rare (5%), but there have been several case reports of this type [9,10]. We believe this to be a distinct type of AIP and should be recognized as such by radiologists.

This type of AIP is most common and should be diagnosed correctly. In acute pancreatitis, phlegmon surrounding the pancreas may resemble a capsule-like rim; however, it does not show enhancement on dynamic study [11] and differentiation is not difficult (Supplementary figure 10). There is no other differential diagnosis.

This type of AIP is somewhat difficult to diagnose compared with diffuse type with capsulelike rim. Smooth contour of the pancreas without circumference fatty tissue abnormality as well as narrowing or nonvisualization of MPD on magnetic resonance cholangiopancreatography are the key findings for obtaining a correct diagnosis (Supplementary figure 2). Differential diagnoses include mild acute pancreatitis, malignant lymphoma, leukemia, diffuse pancreatic cancer and diffuse pancreatic metastasis.

Mild acute pancreatitis often shows diffuse enlargement of the pancreas, however, early enhancement on dynamic study is usually preserved and it can be differentiated from this type of AIP (Supplementary figure 11).

There are several differential observations between malignant lymphoma (Supplementary figure 12) and diffuse type without capsule-like rim. The main pancreatic duct is usually well preserved in lymphoma [12]. The enhancement pattern on dynamic study of lymphoma may differ from AIP (e.g., delayed washout), since lymphoma is a hypercellular tumor and has a small amount of fibrous stroma. It is well known that malignant lymphoma shows hyperintensity on diffusion-weighted MRI with high b-factor due to the hypercellularity and a high nuclearto- cytoplasmic ratio of the tumor [13]. Leukemia has a similar appearance to lymphoma [14], and is included in the differential diagnosis (Supplementary figure 13).

This type of AIP may reflect early stages of AIP [4]. Since the size of a normal pancreas varies, diagnosis of pancreatic enlargement is usually made subjectively and is therefore difficult. Thus, diagnosis of this type of AIP is very difficult. Differential diagnosis is mild acute pancreatitis and differentiation between them requires clinical information such as serum amylase levels (Supplementary figure 11).

A capsule-like rim may be a specific finding of AIP; therefore, diagnosis of this type AIP is not so difficult (Supplementary figure 5). Detailed evaluation to detect a capsule-like rim is essential for correct diagnosis. Differential diagnosis is segmental acute pancreatitis with phlegmon around, but differentiation is usually easy since phlegmon does not show enhancement on dynamic study.

The most important and difficult differential diagnosis is pancreatic cancer. Contour of the affected part on AIP is usually smooth and AIP does not obliterate peripancreatic fat tissue in contrast to pancreatic cancer, a finding that should be considered when differentiating between them (Supplementary figure 6) [17]. Focal enlargement of the pancreatic head without upstream MPD dilatation may suggest AIP rather than pancreatic cancer.

In the case of upstream MPD dilatation, this type of AIP is very difficult to diagnose correctly (Supplementary figure 7). In this situation, differentiation between this type of AIP and pancreatic cancer, based on CT and MRI findings alone, may be almost impossible, and usually requires clinical information such as IgG4 levels [18]. A diagnostic trial of steroid therapy may be used for evaluation; however, it should be done very carefully by experts, since steroid therapy may elevate the risk of progression to pancreatic cancer [19].

Although rare, AIP may show multifocal delayedenhanced masses within the pancreas [9,10]. Recognition of this type of AIP is mandatory in diagnosing pancreatic abnormalities.

The most important differential diagnosis is malignant lymphoma, the same as diffuse type AIP without capsule-like rim. Different enhancement patterns and diffusion-weighted MRI may be useful in differentiating lymphoma from AIP (Supplementary figure 15).

AIP can be classified into three types: diffuse, segmental and multifocal. Differentiation between AIP and other pancreatic disorders on CT and MRI may be easier, considering those types of AIP.

Diffuse type AIP should be relatively easy to diagnose; however, an important differential diagnosis is lymphoma. Differentiating segmental type AIP and pancreatic cancer is difficult, especially in AIP without capsule-like rim and with upstream MPD dilation.

The presence of a third type of AIP, multifocal AIP, should be recognized, and important differential diagnoses include lymphoma and metastases.

In patients with AIP, serum IgG4 levels are frequently and significantly elevated, and various extrapancreatic lesions are present. Dense infiltration of IgG4-positive plasma cells as well as fibrosis have been found in the peripancreatic retroperitoneal tissue, bile duct, gallbladder wall, periportal area of the liver, salivary glands and the pancreas. Furthermore, all of the extrapancreatic lesions associated with AIP, such as sclerosing cholangitis, sclerosing sialadenitis and retroperitoneal fibrosis, show infiltration of abundant IgG4-positive plasma cells. Both the pancreatic and extrapancreatic lesions of AIP respond well to steroid therapy. Thus, as a novel clinicopathological entity, IgG4-related sclerosing disease has been proposed. Although the precise pathogenesis and clinicopathologic features have not been well recognized, they will be clarified in the near future. • First described a capsule-like rim as well as delayed enhancement of pancreatic parenchyma on dynamic study.

• New clinical diagnostic criteria of AIP was proposed by the Japan Pancreatic Society.

• This is the first case report of multifocal type AIP. 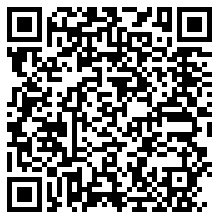