Highlights from the latest articles in cancer imaging

Diffusion weighted images (DWI) are gaining popularity in assessing the effects of treatments in solid tumors. Originally, DWI was applied to determine the movement of water along the white matter in brain and to determine the stroke areas. As early as 1994, investigators pointed out the utilization of DWI in characterizing different tumors in the brain. However, in the late 1990s, Japanese investigators used DWI to characterize different hepatic lesions. Today, DWI has become a routine MRI sequence that is used to determine the early effect of treatments not only in the cerebral tumors, but also for the tumors of other organs such as liver, prostate, uterus, breast, muscles, and so on. Apparent diffusion co-efficient (ADC) pixel-by-pixel maps are created mathematically from DWI. ADC values are dependent on the movement of the fluid in the target organs or lesions. The greater the movement of water, the higher the values for ADC are. ADC values are low in the tumors that have high cellularity or where there is restriction of movement of fluid. Following treatment, ADC values may go up due to necrosis and edema that may initiate more water movement in the tumor, although edema in brain tissues will show lower ADC values compared with surrounding normal brain where water movement is uninterrupted along the white matter tracts.

In the present study, the investigators have used the DWI technique to predict the recurrence of cervical cancer following concurrent chemoradiation therapy (CRT). Although the study is a retrospective study, the ADC values can be used prospectively in patients who are currently undergoing treatment for cervical cancer. In this publication, Heo et al. have used DWI sequences that utilize three b values – 0, 500 and 1000 s/mm2 – and created ADC maps using the software available through the MRI vendor. The ADC values from whole tumors were determined and a histogram analysis was performed to determine the ADC values at the 75th, 50th and 25th percentiles. Based on the recurrence of the treated cervical cancers, the investigators have concluded that the 75th percentile and an ADC value of more than 0.936 × 10-3 s/mm2 (cut-off values based on ROC analysis) can predict the recurrence of the tumor with specificity, sensitivity and accuracy of 75.8%, 77.8% and 71.1%, respectively. Recurrence-free survival of patients following CRT showed significant differences when the cut-off of ADC75 values are set at 0.936 × 10-3 s/mm2. The new way of analysis of ADC values to predict the outcome of a given treatment is interesting. Most of the publications that deal with ADC values in solid tumors are for predicting aggressive versus nonaggressive tumors or to determine the early effect of treatments. Although the investigation is interesting, there are a few limitations in the current form, such as patient selection bias, not including patients having surgery, a limited number of patients, and low specificity and accuracy. However, the method of analysis will allow other investigators to use ADC values in predicting tumor recurrence not only in cervical cancer, but also in other solid tumors.

Prostate cancer is the second leading cause of death in USA. Prostate is relatively solid organ with abundant glandular tissue that makes it easy to be detected on T2-weighted (T2WI) and diffusion-weighted image (DWI) sequences. Therefore, any tumor that has less glandular tissue would have short T2 and restricted diffusion, which can be seen as low signal intensity areas on T2WI and high signal on DWI. On the other hand, the areas with tumors would show low values on apparent diffusion coefficient (ADC) maps.

Most of the routinely applied DWI sequences use a single echo time (TE). Different sets of TE could allow characterization of tissues based on T2 values. In this study, DWI images were acquired with three different b values – 0, 750 and 1500 s/mm2 – and for each b-value data were acquired at TEs of 47, 75 and 100 ms. Then the ADC and T2 maps were created as a function of TE and b-values. The main purpose of this study was to determine the dependence of ADC and T2 on TE and b-value in normal and cancerous tissues in prostate glands. The ultimate goal is to determine whether this 'hybrid' of ADC and T2 can differentiate normal from cancerous tissues in prostate gland. A total of 15 biopsy-proven consecutive patients were included in this study; however, after exclusion data from ten patients were used for the analysis. Fifteen regions of cancer and ten normal prostate regions were analyzed. This study shows that ADC values for normal prostate tissues is dependent on TEs, whereas little change has been noted in cancerous tissues when an ADC map was created using higher TE. When the delta (Δ)ADC values (changes between 47 and 100 TEs) were compared, the average ΔADC was closer to zero for cancerous tissues compared with that of normal prostate tissues and was significantly different. Similarly, there was significantly differences observed in T2 values in normal prostate tissues when two different b-values (b = 0 and 1500 s/mm2) are used. Subtracted images show better delineation of cancerous regions both on ADC and T2 images.

Results of this study show that better delineation and higher contrast can be achieved to detect prostate cancer using hybrid imaging. Cancers were detected with higher contrast on ADC maps. Cancerous versus normal prostate tissues can be separated based on the differences in functional dependence of ADC on TE and TE on b-values. This hybrid imaging and analysis provided a newer way of differentiating cancers from normal prostate tissues. Although this difference was obvious due to glandular and luminal structures in normal prostate gland, where abundant fluid-filled spaces are present, this technique can be extended to other organs and to delineate cancerous tissues in breast, cervix, uterus, pancreas, and so on.

There is one limitation in the current study. The Gleason score for the selected tumors was 6–8. It is not known whether the analysis would be able to differentiate well-differentiated cancer from normal prostate tissues.

Nanoparticle-based drug delivery and imaging probes are being developed by different investigators. The chemistry to make functionalized nanoparticles to be used as both drug delivery and image contrast agents is well established. Different compositions of nanoparticles, as well as different surface functionalities, have been developed. For making probes for MRI, different nanomaterials have been used. Most of the time, iron oxide-based nanoparticles are used, as the iron-based nanoparticle is more sensitive to detection by T2-weighted or T2*-weighted MR images. Moreover, investigators have also used nanoparticles tagged with gadolinium or other MR-sensitive metals to make nanoprobes for in vivo imaging. Dual-modality nanoprobes have also been developed, and these nanoprobes are being used for combinations of anatomical as well as functional imaging modalities, such as MRI-optical imaging, CT-PET, and so on. The use of nanoparticles to be detected by both CT and MRI has not been extensively investigated.

Although the investigators have not mentioned or directed their investigations towards the therapeutic potentials of goldbased nanoparticles, the Gd-Au-DENP can be modified to carry ligands to target different tumors, and gold nanoparticles can used as a sensitizer for radiation therapy. Considering the cost of the MRI instrument, gold-containing nanoparticles can be used for detection by CT (which is still less costly) in an in vivo imaging study. 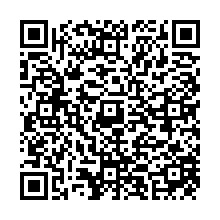