Optical imaging techniques have undergone dramatic development over recent years. Technologies now exist that allow a variety of assessments to be performed that were previously limited. An important contribution to today’s toolbox of imaging modalities has been the development of optical projection tomography (OPT) [1]. OPT has filled a niche for 3D imaging of cells and structures labeled with highly specific contrast agents, such as antibodies and RNA probes, in the millimeter–centimeter scale range. As such, the technology bridged an existing gap for imaging tissue specimens of a size that is frequently utilized in, for example, developmental biology and organ phenotyping in rodents.

OPT imaging of the adult pancreas

Preclinical diabetes research is a field that is in great need of a means to image specimens in the millimeter–centimeter size range. The possibility to monitor the size, mass and 3D distribution of key molecular and cellular players in intact organs of rodent disease models (e.g., insulinproducing β-cells) is of fundamental importance. This will help to address how genetic and environmental factors influence the etiology of the disease. Such studies could be translated to the human pancreas and the development of treatments for diabetes. Spatial and quantitative assessments of the pancreas have also been hampered by the anatomical properties of the organ [2,3]. The most prominent cell type of the pancreas when studying diabetes are the insulinproducing β-cells of the islets of Langerhans. However, the islets are highly variable in size, make up only a fraction of the total pancreatic mass and are scattered by the thousands among the more numerous exocrine parenchyma. Therefore, even in an animal as small as the mouse, establishing an efficient method to describe the islet volume distribution has been described as “a true stereological challenge” [4].

Through the improvements made in sample preparation, tomographic imaging and computational image processing, the OPT technique has developed to allow ex vivo imaging and quantitation of molecularly labeled cell types in intact mouse pancreata [5–7]. This enables the impact of diabetes disease progression or targeted gene ablation on b‑cell mass (BCM) distribution to be assessed throughout the volume of the entire gland, even down to the level of the individual islets [8,9]. We believe that whole-organ ‘global’ assessments of the pancreas, using techniques such as OPT, are imperative to help fully characterize islet-associated perturbations. OPT assessments of BCM in the pancreas of normal and diabetic animals give strong indications as to why stereologic sampling techniques should be complemented with whole-organ imaging, or even avoided [5,7,8]. Firstly, not only is the BCM heterogeneously distributed within the distinct lobular compartments of the gland [5], the lobes of the pancreas also display dramatic differences in islet and BCM densities [7]. Secondly, the dynamics of disease progression may affect different regions of the pancreas unequally. As demonstrated in the nonobese diabetic model for Type 1 diabetes, in two individuals with similar overall pancreatic b‑cell content, one region of the pancreas (or even an entire lobe) may only be modestly affected by the autoimmune attack whereas the same region (or lobe) in another individual could be virtually devoid of insulinproducing cells at the corresponding stage of disease progression [8]. These observations are very relevant towards understanding disease progression in diabetes models. They emphasize the fact that whole-organ imaging will reveal new aspects of complex spatial and quantitative features of the pancreas and so enable a more accurate interpretation of the cellular and molecular changes that occur in this organ. As such, OPT imaging may play an important role in a diversity of diabetes/pancreas-related research assessments including studies on the effect of targeted gene ablation on endocrine cell development and the evaluation of therapeutic regimes, or other aspects of disease dynamics in large cohorts of experimental animals. Obviously, OPT assessments of this kind should not be limited to studies of the pancreas itself. For preclinical diabetes research they may also involve the assessment of islet-grafting experiments [10], or of secondary effects such as vascular complications in other organs.

“We believe that whole-organ ‘global’ assessments of the pancreas, using techniques such as optical projection tomography, are imperative to help fully characterize islet-associated perturbations.”

OPT is a relatively young imaging modality, but a number of improvements to the technique have already been described [6,11–13]. We expect that OPT will continue to see rapid development in essentially all steps involved in the data generation process. This ranges from improved tissue processing protocols to the development of task-dependent algorithms and hardware optimizations. Of particular importance are efforts to increase the multispectral capacity of the technique and to further increase the size range over which OPT operates. Hence, developments that enable imaging and quantification of multiple interacting cell types would greatly improve pancreas imaging by facilitating the screening of rare events or cell niches, assessments of different subclasses of autoimmune cells during the development of Type 1 diabetes, relationships to basic pancreatic constituents such as the vascular or ductal network and so on. By adapting the technique to allow imaging in the near-infrared spectrum, the ‘optimal window’ for light penetration into tissue, OPT has the potential to be expanded to yet larger specimens. This includes, for example, pancreata from the rat, an animal model in which certain diabetic conditions have been suggested to be more similar to those in humans [14]. However, aside from pancreatic tissue obtained postmortem, the limited possibility of obtaining pathological biopsies of human pancreata makes the technique less likely to become a tool for direct assessments of the pancreas in clinical practice.

For analyses of the rodent pancreas, OPT is limited to ex vivo assessments owing to the optical properties of tissue. Still, the technology may provide a platform for the development of imaging techniques aimed at noninvasive assessments of pancreatic cell types. Only indirect means are available for BCM estimations in humans at present. With the increased prevalence of diabetes globally, immense research efforts are being directed at finding ways to noninvasively monitor BCM in clinical settings. The development of a suitable methodology for this would have strong implications for screening and evaluation purposes. One of several challenges to bring such undertakings to fruition is to generate suitable contrast agents that, when administrated systemically, will provide sufficient specificity for the targeted (b) cells. We believe that OPT has a role to play in the development of contrast agents aimed at noninvasive b-cell scoring in humans because it could be used to directly assess the uptake specificity of essentially any such contrast agent that may be fluorescently labeled. Thus, following in vivo assessment, the pancreas can be isolated and labeled with insulin-specific antibodies (detected with a fluorochrome with a different wavelength to the fluorochrome used to label the contrast agent for the noninvasive assessment). After subjecting it to OPT imaging ex vivo and by scanning and comparing both fluorescent channels, it would be possible to evaluate the distribution/uptake specificity of the contrast agent with a high level of accuracy throughout the volume of the pancreas, as well as in other tissues. OPT should also aid in calibrating the noninvasive readout from technologies such as SPECT and MRI in such enterprises.

In OPT imaging, ‘optical staining techniques’ are used and therefore high-resolution 3D assessments of individual gene and protein expression patterns may be performed. Most importantly, the technique allows the shape of an organ or an expression domain to be determined without the need to dissect it free from neighboring tissues [15]. This feature of OPT is very valuable for studies of developmental biology, a discipline where information of spatial expression patterns in relation to morphology and tissue interactions are of particular importance. Consequently, OPT has facilitated studies of development in diverse systems, such as chicken [16] and human embryos [17]. A particular strength of OPT is its ability to image opaque and loosely organized tissues such as the pancreas-associated mesenchyme during early stages of development. By imaging this with high resolution and contrast, using its endogenous fluorescence as the signal source, new information on normal and disturbed tissue interactions in the pancreatic system during development may be observed [18,19]. Apart from imaging efforts, the potential of OPT for quantitative assessments in developmental studies of the pancreas is significant. Thus, even subtle developmental perturbations in pancreatic epithelial masses may be detected that, given the specimen scale, would be much more of a challenge to discern using other techniques [20]. This possibility was highlighted further by the generation of a 3D and quantitative ‘road map’ of pancreas morphogenesis in the mouse that may serve as a baseline for phenotypical assessments of this organ during development [19]. The dynamics of pancreas development is less well described in nonrodent species. Hence, in the future OPT is likely to facilitate interspecies comparisons of pancreas development.

In summary, OPT imaging technology has already demonstrated its usefulness for diverse imaging problems involving large-sized tissues such as the pancreas. We believe that this potential is only beginning to be explored. It is likely that with further developments of the technique, in combination with complementary or combinatorial approaches, OPT imaging will reveal new aspects of the pancreatic constitution that may help us to better understand its development and pathophysiology.

Observations and opinions discussed in this report are in part based on investigations supported by grants from the Swedish Research Council, the Juvenile Diabetes Foundation (NY, USA), the Kempe Foundation and the European Commission (FP-7, Grant agreement No. CP-IP 228933‑2). The author has no other relevant affiliations or financial involvement with any organization or entity with a financial interest in or financial conflict with the subject matter or materials discussed in the manuscript apart from those disclosed. 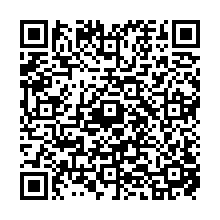