Conclusion: The DIR performance of MIM is therefore superior to that of RIR and its advantage is independent the term after PBT.

Although irradiation of liver cancers is a well-established treatment modality since proton beam therapy (PBT) was developed [1-4], patients often develop metastatic lesions in the liver several months or years later and additional treatment is necessary. It is vital to confirm previously PBT-irradiated regions to avoid excess irradiation to normal tissue as this could cause severe side effects. Because PBT has excellent dose concentration than photon radiotherapy, dramatic inclined deformation of the liver should be occurred. Moreover, several times of re-irradiation can be expected because irradiation dose to the normal liver can be limited to a lesser extent [5,6]. Therefore, many opportunities to be bothered in identifying the previously irradiated region correctly.

Several Deformable Image Registration (DIR) algorithms exist, and DIR can be broadly classified into two 2 categories: (1) intensitybased methods, which use a variety of image intensity metrics such as gray scale or (2) feature-based methods which use specific image features such as contours [7]. Transformation models include optical flow-based equations [8], “demons” equations [9], b-splines [10] and thin plate splines [11]. In most registration algorithms, the balance between image similarity and accurate matching of local features on one hand and deformation smoothness on the other hand is crucial to accurately measure the deformation [12].

In recent years, advanced DIR software packages have been developed for research purposes, and some of them are also available for clinical use. MIM Maestro (MIM Software Inc., USA) (MIM) is the most widely used, globally available DIR software that can assist in radiotherapy planning [13,14]. In MIM, the DIR algorithm is an intensity-based, freeform cubic spline interpolation with essentially unlimited degrees of freedom [12,15,16]. Intensity-based algorithm deforms following change of each pixel value and free form interpolation enables high flexibility of deformation. Thus, MIM is expected to be useful for comparing the same modality and can follow a big change, while has a disadvantage of excessive deformation, although the respective algorithms are only partially published and detailed information about them is still undisclosed.

In our previous study, we revealed the fiducial registration error of DIR is 9.3 ± 9.9 mm at one point analysis between 4 and 14 months after PBT and approximately 3 mm smaller than rigid image registration (RIR) [14]. The size and shape of the liver changes during long-term transition after PBT. Thus, both DIR and RIR accuracy is expected to be reduced gradually. Although DIR has a function to complement the shortcoming of RIR, occasionally cause excessive deformation by the artefact or effusion. Thus, it may be possible that RIR is rather advantageous in case of tiny deformation by avoiding the risk of excessive deformation. Also, with too much deformation, it is worried that DIR would cause unnatural deformation and reliability of DIR and RIR may be reversed beyond the limit of DIR adaptation. Next our clinical concern is proper use of RIR and DIR. That is when or how much level of deformation reverses the superiority of image registration accuracy between RIR and DIR. Thus, we conducted an examination of the RIR and DIR geometrical accuracy function of MIM in PBTirradiated livers that were followed long-term transition after PBT.

We retrospectively reviewed patients who had received PBT at our institute. All the study procedures involving human participants were conducted in accordance with the ethical standards of the institutional research committee and with the 1964 Helsinki declaration and its later amendments or comparable ethical standards. All the treatments were discussed at in hospital conferences and informed consent was obtained from all the individual participants included in the study. The study received institutional review board approval (H28-102). We selected those who had a metallic material (e.g. a fiducial marker or surgical clip; hereafter called "metallic marker") implanted close to the tumor in the liver. We examined 15 consecutive patients between 2009 and 2014 (age range: 54-80 years old; 11 men and 4 women). The most common disease was hepatocellular carcinoma (10 total), liver metastasis (4 total) and intrahepatic bile duct carcinoma (1 total). Metallic markers for previous PBT were present in 9 patients and surgical clips in 6. In our institute, abdominal CT for diagnosis is usually not taken after metallic marker implantation, so these 9 patients had come to our hospital to receive PBT for new lesions in the liver. Total tumor diameter was 20-65 mm (median: 35 mm). The distance between the tumor and metallic marker was 5-33 mm (median: 12.0 mm). Total irradiation dose was 50-74 GyE in 20-37 fractions.

The value was presented as mean ± standard deviation. The fiducial registration error of MIM was compared between pre-treatment and post-treatment CTs using paired t-tests. Statistical analysis was performed using Statcel 4. Probability values below 0.05 were considered significant.

Table 1: Comparison between RIR and DIR during follow up.

Massive fluid collection was observed in 12 cases. The liver volume was changed as 66-123 (94 ± 11)% to the pre-treatment CT. Large liver volume change was observed in 6 cases. Fluid collection or large liver volume change were observed in 10 of 15 cases whose DIR fiducial registration error beyond 10 mm in the plain CT, 7 of 9 cases in the contrast-enhanced CT, all 5 cases whose DIR fiducial registration error consistently bigger than RIR or inconsistent in the plain CT and 2 of 3 cases in the contrastenhanced CT (FIGURE 2).

FIGURE 3 shows cases whose fiducial registration error was consistently smaller with DIR. The metallic marker was not found with RIR, but could be found in DIR 5 and 11 months later. FIGURE 4 shows cases whose DIR fiducial registration error showed inconsistencies. The metallic marker was barely visible with RIR but quite clearly visible with DIR at 4 months. However, after 18 months, the marker was not definitively found with DIR but was barely visible with RIR. Massive pleural effusion was found in CT 18 months later and excess deformation of the thorax was found with DIR. MIM is relatively new and, therefore, there are very few reports about the utility of DIR. Some of those reports, however, contain some very useful information. Nie and colleagues reported that MIM has an advantage in lowcontrast small regions and is heavily influenced by noise [15]. Kirby and colleagues reported that, although it is difficult to indicate which algorithm is the best, MIM either adjusts to the image noise or it can produce a large error [12]. Singhrao and colleagues reported that MIM produces beautiful image similarity, but may produce nonphysical deformation fields [16]. To summarize, MIM has the advantage for a small field registration. It has higher flexibility but is easily affected by noise and artifacting which may cause unreasonable deformation. To the best of our knowledge, this is the first study which examined how the accuracy of DIR changes during follow up. Thus, we do not have any comparable previous studies to ours. However, it is common knowledge within our field that unreasonable deformation is sometimes found. Moreover, the fact that the fiducial registration error in the contrastenhanced CT was smaller than plain CT means that the intensity-based algorithm of MIM [12] satisfactorily helps to improve DIR of the liver tissue which has a relatively homogeneous Hounsfield unit ranking.

It may have criticism about technique measuring registration accuracy using a metallic marker. The whole liver registration accuracy using the DSC was additionally investigated to respond to the criticism and to increase the credibility of the data. The DSC can evaluate the image registration accuracy of the whole liver and fiducial registration error is characterized by being able to evaluate position matching of remarkable area of deformation near the tumor with accuracy of millimeter. The metallic artifact was so small to affect the accuracy of the image registration of the large volume of the liver. The number of implanted metallic markers is usually 1 or 2 in daily clinic. Thus, we selected only the patients whose metallic materials were close to the tumors with a range of 5-33.7 (median: 12.0) mm in this study as already noted in our previous study [14]. This analysis reflects the conditions of the daily clinical setting, and we consider that analysis using whole liver and a tiny metallic marker is clinically allowable. It may have criticism about large error of DIR (7.6 ± 9.7 mm in the plain CT and 6.3 ± 7.3 mm in the contrast-enhanced CT) is not clinically tolerable. We understand completely correct method to identify the previous irradiation region in several months or years is not existed. However, it is required for decision and delineation of the previously irradiated region at reirradiation. We usually refer to both of RIR and DIR in the clinical setting. The important thing is to clarify which image registration is more reliable. We consider our data that DIR is more reliable that RIR and the trend is not reversed during long-term transition are clinically important.

MIM has an extensive feature set for raidotherapy planning assistance that has rapidly expanded. For example, MIM has a "Reg Refine’"tool which allows users to voluntarily deform the image, but we did not use this tool because the results are based solely on operator technique and data objectivity can be easily lost. There is no doubt that future versions will have enhanced versatility and each study will have to take new tools and improved DIR accuracy into consideration when planning a study.

The authors would like to thank Dr. Bryan Mathis of the Tsukuba University Medical English Communications Center for proofreading our manuscript. This study is partially supported by JSPS KAKENHI Grant Number 17H04526 and SANGAKURENKEIKYOKA Project of University of Tsukuba 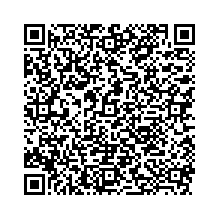