A 61 year old male with cardiovascular risk factors including age, diabetes, dyslipidemia and chronic smoking weaned 4 years ago, who also had a history of implantation of a double chamber pacemaker in 2014, hospitalized several times for acute decompensated heart failure with left ventricular (LV) dysfunction.

The patient was admitted to the hospital for a sudden loss of consciousness. Physical examination revealed a blood pressure at 135/80 mmHg, a normal pulse rate and objectified muffled heart sounds.

The chest X-ray film did not find enlargement of the heart or pleural effusion and a routine electrocardiogram found a left bundle branch block.

Planar whole-body bone scan was performed in the anterior and posterior projections 3 hrs after injection of 740 MBq (20mCi) of 99mTc- HMDP (99m Technetium hydroxymethylene diphosphonate). The scanning speed was at 10-15 cm/min and the image format was 1024 × 256. Single photon emission computed tomography (SPECT-CT) was additionally performed. The bone scintigraphy showed an intense cardiac uptake corresponding to a grade 3 (intense cardiac uptake with attenuated bone uptake) and attenuated tracer uptake throughout the skeleton (FIGURES 1 and 2). We retained in front of the negative immunological assessment and the bone scintigraphy findings, the diagnosis of cardiac amyloidosis. Our patient has been taken out of biopsy, with its attendant risks and cost and which is not yet feasible in Morocco. Several scintigraphic tracers allow the visualization of amyloid deposits, but the most used are the bone tracers (99mTc-DPD, 99mTc-HMPD, 99m Tc- MPD, 99m Tc-PYP) [1].

In conclusion, this report underlines the importance of bone scintigraphy in the detection of cardiac transthyretin amyloidosis, particularly in our context where endomyocardial biopsy is not yet realized. 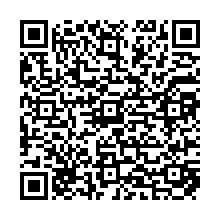