A rare case of a fetal neural tube defect: Iniencephaly

Iniencephaly is characterized by severe retro flexion of the head with the absence of neck due to spinal vertebrae deformities, it is considered as uncommon anomaly.

Conclusion: Iniencephaly is a lethal congenital neural tube malformation. It is characterized by occipital bone defect, fixed retroflexion of the fetal head and severe lordosis of the cervicothoracic spine.

Anencephaly is a defect in the development of the central nervous system in which the Brain tissue and cranial vault are grossly deformed.

Craniorachischisis is congenital fissure of the skull and vertebral column [1]. This defect results when the neural tube fails to close during the third to fourth weeks of gestation, leading to fetal loss & stillbirth.

Iniencephaly is a rare and lethal congenital malformation of the neural tube characterized by occipital bone defect, cervical dysraphism, fixed retroflexion of the fetal head and severe lordosis of the cervicothoracic spine [2].

With a history of a 21 years old female, married for one year. She married her cousin. She miscarried her first pregnancy 5 months ago where she was diagnosed as blighted ovum at 7 weeks. She was scheduled for first trimester ultrasound scan in her next pregnancy. She attended her first trimester ultrasound scan appointment in the fetal medicine unit, Obstetrics and Gynecology hospital, Cairo University in her 11th weeks of pregnancy by first day of her period. Ultrasonography was done using Voluson 730 pro machine G.E with 3.5 MHz linear - transducer. The scan revealed: These findings were constant after repeating the scan after an hour. The head was larger than the trunk and abdomen, disproportionately. The head was in fixed hyperextension and no neck region was visualized. After confirmation of diagnosis, the condition was explained to the patient with its high mortality rate. Termination of pregnancy has been suggested and the procedure has been explained to the patient. The patient accepted and consented for termination of her pregnancy which has been two days later. Medical termination of pregnancy was done by using vaginal misoprostol 200 μg. Postmortem Chromosomal examination has been offered to the patient and she agreed and consented. The chromosomal study was done and revealed normal female karyotype (46,XX) (FIGURE 1).

The terminology of Iniencephaly derived from Greek word inion which refers to back of the neck and encephalos refer to brain. The fusion of the posterior most part of occipital bone with the back leading to the absence of the neck and retroflexion of head [4].

During embryological life, the development of the neural tube is normally completed by 28 days after conception [5]. Iniencephaly is a rare neural tube defect (NTD). Incidence ranges from 0.1 to 10 in 10,000. It is more common in females (about 90%), once a mother has given birth to a child with iniencephaly, risk of recurrence increases to 1-5% [6].

Until now, the exact etiology and pathogenesis is not known, both genetic and environmental causes may have a role. Chromosomal abnormalities including trisomy 18, trisomy 13 and monosomy X have been detected with this anomaly [7]. Environmental factors such as low socioeconomic conditions, low parity, and deficiency of folic acid supplementation, obesity and drugs including sulphonamide, tetracycline, antihistamines, clomiphen citrate and antitumor agents are shown to have increased risk. It was noticed that women with hyperhomocysteinemia associated with increase the risk of neural tube defect in her child birth. Folic acid decreases the raised homocystein levels and decreases the risk of neural tube defect (NTDs).

The keys for diagnosis a case of iniencephaly by ultrasound includes:

3. Retroflexion of the cervical spine.

Upward turned face with chin continuous with chest because of the absence of neck [9]. Our case had all these features and hence was diagnosed as iniencephaly.

Iniencephaly apertus is always fatal in the neonatal period [10] and our case was diagnosed as iniencephaly apertus and the termination of pregnancy was suggested and the procedure was explained to her. Four cases with a mild iniencephalus clausus have been reported with long-term survival, although in these cases, the deformity was minimal and they should probably have been classified as Klippel-Feil syndrome [11]. 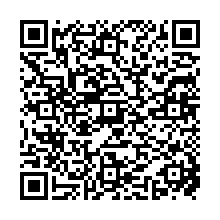