The Role of the Retrograde Approach in Percutaneous Coronary Interventions for Chronic Total Occlusions : Insights from the Japanese Retrograde Summit Registry

There has been a great deal of progress in the development of new devices to perform percutaneous coronary intervention for chronic total occlusion (CTO-PCI), such as specialized guidewires, microcatheters, and re-entry devices, as well as treatment techniques, such as the parallel wire technique, intravascular ultrasound (IVUS)-guided wiring, and subintimal tracking and re-entry (STAR). However, favourable outcomes have only been obtained in some centres and by some operators [1-4].

We registered all cases of CTO-PCI performed between January 2012 and December 2013 at 56 centres approved to participate in the registry. The presences of related symptoms and/or ischemia at the territory of CTO were taken as indications for PCI, and cases in which it was impossible to take an antiplatelet agent were excluded. All patients at each centre provided informed consent for inclusion in the registry.

Aspirin and thienopyridine as antiplatelet agents were administered preoperatively in all cases. The dosage of heparin calculated based on body weight was administered during the operation, with additional administration to maintain activated clotting time >300 s. Coronary angiography on both sides was performed simultaneously at the beginning of the procedure, and PCI difficulty level expected from the morphology of the CTO lesion was evaluated based on the J-CTO score [12]. We determined the score regarding the morphology at CTO entry, presence of calcification, presence of bending (≥45°) within the occlusion, longer lesion (≥20 mm), and previous attempt, and lesions were categorized as easy (0), intermediate (1), difficult (2), or very difficult (≥3).

All procedures, including the initial use of the antegrade or retrograde approach and changes in approach during the procedure, were decided by each centre and at the operator’s discretion. Drug-eluting stent placement was applied as the standard treatment after successful guidewire crossing unless contraindicated.

A procedure was deemed as implementing the retrograde approach when an attempt was made for the guidewire to cross a collateral channel. Patients and lesion characteristics, J-CTO score, assessment of collaterals, occurrence of in-hospital complications, procedure time, and amounts of contrast agent used, and fluoroscopy dose were compared between groups.

Joining of the registry in centres was performed on a voluntary basis, but the entry of all CTO-PCI performed during the period of the registration was required. Data was entered from each centre through the internet and we collected basic patient information, lesion characteristics, basic procedure information, detailed information for antegrade and a retrograde approach and also in-hospital events. 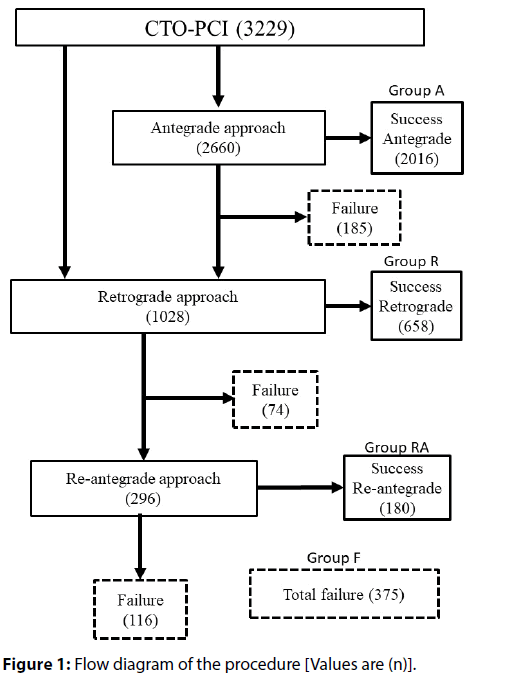 Figure 1: Flow diagram of the procedure [Values are (n)].

With regard to lesion characteristics, the rate of diseased vessels in the left circumflex artery (LCX) was low in Group R and Group RA. With regard to each parameter of J-CTO score, the rates of long lesion ≥20 mm, blunt type occlusion morphology, lesion calcification, and lesion bending were low in Group A and that of re-attempted lesion was high in Group R and Group F (Table 1).

This was a retrospective, multi-centre observational study to evaluate the role of the retrograde approach in CTO-PCI. Table 3 summarizes our previous reports and recent multicentre registry reports. Galassi et al [13] reported that the relative number of retrograde procedures increased over time, reaching 25.1% of all CTOs in 2012. Kampaliotis et al. [14] reported that the extensive experience of the participating operators and the hybrid algorithm of PCI for CTO [15] increased utilization of the retrograde approach. The overall procedure success rate was 88.4%, indicating a generally favourable outcome. The retrograde approach related findings were similar to recent multi-centre registries.

The retrograde approach cannot always be performed in all cases depending on the conditions, such as developed collateral channels. The procedural success rates of the antegrade approach after failure of the retrograde approach were not enough in recent multicentre registries including this registry (Table 3). To further improve the overall procedural success rate, it is important to achieve success with an antegrade approach in cases where a retrograde approach is difficult. For CTO treatment, it is necessary for the operator to learn advanced techniques [17], such as IVUS-guided wiring [18]. Use of a BridgePoint device is necessary, although it was approved in Japan for this study period. However, many problems remain to be resolved in that the BridgePoint device is influenced by the distal coronary artery morphology and long-term outcome are not still clear [19].

With regard to Group R, many patients had complex backgrounds, such as a history of PCI, history of CABG, multi-vessel disease, impairment of kidney function, and low left cardiac function, and J-CTO score was also high. However, about 35% of cases were classified as Easy (0) and Intermediate (1), and we feel that current assessment based on the CTO characteristics has limitations. New indicators, including assessment of “interventional” collateral channels required for the retrograde approach and morphology of the distal cap of the occlusion required for the antegrade approach, are necessary.

Complications caused by non-Q wave myocardial infarction (N-QMI) may be underestimated as a blood exam is not mandatory after a procedure in this registry, but the total rate of in-hospital MACCE was <1%. Therefore, the outcome seems to have been favourable. Lee et al reported similar initial results and complications of the retrograde approach [20]. The MACCE occurrence rate was high in Group R and Group F. The occurrence rates of coronary perforation, cardiac tamponade, and donor artery problems were significantly high in Group RA and Group F, and it was likely that the procedure was complicated and many cases had complex lesion characteristics. One issue caused by these complications is ceasing the retrograde approach and failure of the procedure. The retrograde approach is potentially useful for success even in complex CTO-PCI, but its indications must be considered carefully. Procedure time, fluoroscopy time, air kerma, and amounts of contrast agent were high in all except Group A. Especially, air kerma was >6 Gy on average, and there are concerns regarding radiation-induced skin injury [21]. It is assumed that combined use of the complex retrograde approach was responsible for this result except in Group A. It is necessary to decrease the fluoroscopy frame rate and restrict cineangiography as well as reducing the amounts of contrast agent used and air kerma by shortening the procedure time. Recently, the relationship between stress and atrial arrythmia was reported [22]. With regard to the treatment of coronary artery disease, post operational atrial arrythmia of the catheter-based procedure should be assessed to be compared with openchest cardiac surgery. Unfortunately, post operational atrial arrythmia has not been investigated in this study.

This study had some limitations. This was a retrospective, multi-centre observational study. Therefore, the treatment policy was decided by each centre and operator, regardless of operator experience. This study is not analysed in the core laboratory. Only initial outcomes were covered through procedure success and in-hospital complications. Mid- and long-term outcomes after treatment have not been investigated.