A 78yr old woman with no significant pathological antecedents, except for the notion of chronic sun exposure living in an isolated rural area, was admitted to the dermatology consultation for an ulcerated, exudative and nascent lesion in the eye right evolving for 7 years. Clinical examination revealed an ulcer-budding tumor with beaded border, an infiltrated base about 8 cm long, well defined with irregular contours including all right eye reaching the root of the nose (Figure 1). The examination of the rest of the face showed signs of heliodermia: rhomboidal neck of jadassohn and elastoidoses with the comedones of Favre and Racouchot at the temples. Dermoscopic examination of the tumor revealed polymorphic vascularization, a white-blue veil, and rosettes (Figure 2). The rest of the somatic examination was devoid of peculiarities, notably no palpable lymphadenopathy or parotid hypertrophy. The evaluation of staging did not objectify any bone invasion. The histological study showed an infiltrating BCC. The patient was referred to plastic surgery for cancer treatment (Figure 3). Figure 1. Exudative ulcero-budding tumor with beaded border including the right eye reaching the root of the nose. Figure 2. Dermoscopy of the peripheral region of tumor. BCC is the most common skin cancer with predominantly local malignancy and slow evolution. It never affects the mucosa. It is characterized by a malignant tumor with an extremely rare risk of developing distant metastases and mortality. However, in the absence of diagnosis and early surgery, BCC can be locally invasive and invade soft tissues, cartilage and underlying bones. It can ulcerate and its growth can be important and destructive: boring tumors. Despite the usual absence of metastases, the prognosis is daunting, the treatment is often made impossible by the extent of the lesions and frequent recurrences. Decadence can be considerable, leading to death. Our Moroccan population consults most often at an advanced stage, which poses a problem of management and also engages the functional prognosis. It would therefore be necessary to carry out awareness campaigns and medical screening caravans for a wider population in order to prevent this sometimesfatal evolution. 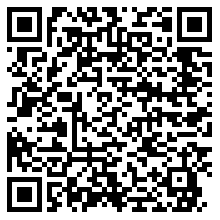