Sodium MRI with fluid suppression: will it improve early detection of osteoarthritis?

Osteoarthritis (OA) is the most common form of arthritis in synovial joints and a leading cause of chronic disability, mainly in the elderly population. The WHO estimates that approximately 10% of men and 18% of women over 60 years of age worldwide have symptomatic OA, and radiographic studies of US and European populations aged 45 years and over show higher rates for OA of the knee (~14% for men and ~23% for women) [1]. In the USA, for example, it is estimated that nearly 27 million adults, or approximately 11% of the population, have clinical OA and that approximately US$185 billion are spent annually on medical care due to this condition [2,3]. As the incidence and prevalence of OA rise with increasing age, it is therefore expected that the extension of life expectancy will result in an increasing number of people with OA, mainly in developing countries where arthroplasty and joint replacement is not readily available [1]. Diagnosis of OA is generally based on the patient’s history and physical examination. The general symptoms (e.g., knee pain, brief morning stiffness and functional limitation) and signs (e.g., crepitus, restricted movement and bony enlargement) seem to be more useful for detecting OA [4]. X-rays or proton MRI can then be used to confirm the diagnosis and detect gross morphological changes in the knee joint. At present, there is neither a known cure nor a preventive treatment for OA, and present treatments focus mainly on pain management with analgesics and improvement in quality of life (e.g., exercise and weight loss). If these methods are ineffective, joint replacement surgery may be considered.

Early detection of OA, prior to irreversible morphological changes, and an accurate method for quantifying the effects of potential treatments under investigation are therefore of fundamental importance. OA can have biomechanical (injury) and biochemical origins. From the biochemical point of view, OA is a degenerative disease of the articular cartilage. Cartilage is a dense connective tissue that consists of a small population of chondrocytes within a large extracellular matrix made of type II collagen fibers (15–20% of the volume), proteoglycans (PG; 3–10%) and water (65–80%). PGs further consist of a protein core and negatively charged glycosaminoglycan (GAG) side chains, which endow the cartilage with a negative fixed charge density (FCD). This FCD attracts free-floating positive counter-ions, such as sodium (23Na+), which in turn attract water molecules within the cartilage through osmotic pressure. The negative charge from the GAG side chains also provides a strong electrostatic repulsive force between the PG molecules and is responsible for the compressive stiffness of cartilage. The collagen molecules aggregate into fibers that serve to immobilize the PG and provide a tensile force opposing the tendency of the PG to expand the cartilage. Early OA is mainly characterized by a reduction of FCD (or GAG) concentration, possible changes of size and organization of the collagen fibers, aggregation of the PG and increased water content. These changes lead to an alteration of the mechanical properties of the cartilage, which can therefore lose its load- and shear-bearing functions [5,6].

Two types of cartilage imaging methods can be used to assess OA: structural (or morphological) and functional (or biochemical) imaging.

Structural cartilage imaging, such as radiography, can be used to detect gross loss of cartilage by measuring narrowing of the distance between the two adjacent bones of a joint, but does not image cartilage directly. Conventional MRI, such as T1-weighted, T2-weighted and proton density, is an excellent soft tissue imaging modality and can provide morphological information on damage of cartilage, such as fissuring and partial- or full-thickness cartilage defects, but does not give any information on the GAG content within the cartilage extracellular matrix or the structure of the collagen fibers network.

In the last 20 years, new methods for functional proton MRI of the cartilage have been developed, such as T1r mapping [7], T2 mapping [8], GAG chemical exchange saturation transfer (gagCEST) [9], delayed gadolinium enhanced MRI of cartilage (dGEMRIC) [10] and diffusion [11]. Two of these methods (T2 mapping and diffusion) give information mainly about the collagen fibers and water mobility, while the aim of the other methods is to obtain information about the FCD or GAG content indirectly through the use of a contrast agent (dGEMRIC) or directly (T1r mapping, gagCEST). They all have their strengths and weaknesses (sensitivity to only late cartilage degradation for T2 mapping, need of gadolinium injection for dGEMRIC, high energy deposition for T1r mapping, motion sensitive and high demand on the gradient coils for diffusion, sensitivity to B0 and B1 inhomogeneities for gagCEST) and they are still under investigation to assess their respective specificity and sensitivity in detecting early OA [12,13]. Therefore, none of these are currently applied clinically.

“One drawback of this technique [sodium MRI] is that owing to the low sodium signal, the images are usually acquired in relatively low resolution.”

Owing to technological developments during the last two decades, such as the availability of high and ultra-high magnetic fields for human body MRI scanner, new radiofrequency coils, improved electronics, ultrashort echo time sequences with new image reconstruction methods, MRI of sodium nuclei in vivo has become viable. Sodium has an important role in cartilage, as it is involved in the osmotic pressure process that attracts water molecules within the extracellular matrix and is directly linked to the density of GAG chains present in the tissue. Therefore, sodium concentration has been shown to have a strong correlation with the GAG content and the FCD of the cartilage. A direct quantification of the sodium concentration through sodium MRI could therefore be a very good indicator of early OA [5,14–16].

The nucleus of the sodium ion 23Na+ has a spin value of 3/2. It possesses a quadrupolar moment that interacts with the electric field gradients of the surroundings, which leads to complex relaxation processes in biological tissues that can result in biexponential T1 and T2 relaxation times. Sodium NMR sensitivity is 9.2% of the proton sensitivity, and in healthy cartilage, the average sodium concentration [23Na] is approximately 250 mM, which is approximately 320-times lower than the in vivo water proton concentration. The combination of these two factors results in a sodium signal that is approximately 3500-times lower than the proton signal in cartilage. High and ultrahigh magnetic fields (≥3T) are recommended for increasing the sodium signal. Furthermore, since the sodium nuclei exhibit short biexponential T2 relaxation, MRI sequences with ultrashort echo time, based on 3D radial projections, have to be implemented on the scanners in order to start signal acquisition as soon as possible after the radiofrequency excitation. Sodium quantification can be performed by placing gel tubes with different known sodium concentrations and known relaxation times within the field-of-view of the image. The signal from these tubes can be used as a reference and tissue sodium concentration maps can then be reconstructed by using a simple linear regression. This method looks promising as results on in vivo controls or ex vivo cartilage samples show a good agreement with the mean sodium concentrations usually measured on healthy and OA cartilage (in the range of 240 to 300 mM for healthy; 200 to 250 mM for OA) [16–19]. One drawback of this technique is that owing to the low sodium signal, the images are usually acquired in relatively low resolution. Typical isotropic voxel sizes are, in general, larger than 2 mm. As the cartilage is just a few millimeters wide, and even thinner in OA, the presence of synovial fluids or joint effusion (whose sodium concentration does not change with OA) in the voxels induce partial volume effects that can strongly decrease the sensitivity to the loss of GAG within the cartilage. Fluid signal suppression is therefore desirable, so that only the sodium signal from within the cartilage is detected. Different methods can be used for this purpose:

• The method of triple quantum filtering is based on the difference in T2 relaxation between free sodium (in fluids) and sodium with restricted motion (in cartilage), but it leads to very long acquisition times, high radiofrequency power deposition and very low signal-to-noise ratio [20].

• Inversion recovery (IR) is based on the T1 difference between the two pools of sodium (free and bound) [21–23].

The IR method provides superior signals as compared with triple quantum filtering, and provides overall better quantifiability. Furthermore, it is relatively straightforward to implement, and has a much lower radiofrequency power deposition level than triple quantum filtering. Initial results pointed to very good suppression of fluids (~80% signal suppression) at both 3T and 7T, giving consistent cartilage sodium concentration in vivo in healthy controls. While fluid suppression can be assessed easily with external controls (saline solutions placed outside the knee), internal controls, such as signals from arteries, also point to excellent signal elimination. B1 and B0 inhomogeneities (more pronounced at 7T) were shown to be effectively compensated for by the use of an adiabatic inversion pulse. At 7T, due to high power deposition in the subject, the acquisition time for a 3D image had to be longer than for the usual sodium MRI acquisition without fluid suppression (~24 min instead of 17 min) [23]. The technique is now being tested on asymptomatic controls, symptomatic knee OA patients and patients with repaired tissue in our center in order to measure its sensitivity and accuracy in detecting differences in cartilage sodium concentration and assessing the degree of degradation of the cartilage. New methods of denoising or reconstruction, such as compressed sensing, are also under investigation, in order to improve the signal-to-noise ratio of the sodium images and reduce the acquisition time to less than 10 min. These approaches are designed to ultimately allow us to use sodium IR MRI as a complement to clinical proton high-resolution MRI acquisitions for an accurate assessment of OA from both a morphological and functional point of view. Preliminary findings point to changes in the sodium relaxation times in cartilage in vitro [24], and more recently in vivo in some of our present studies, as a result of loss of PG in OA, which may also serve as a further indicator of the structure of the collagen fibers network.

Despite some obvious technological difficulties, such as low signal-to-noise ratios and low resolution, sodium MRI remains a very active area of research in the osteoarthritis field. Its appeal derives from the possibility of assessing cartilage tissue noninvasively, and more directly than other metrics currently available. Recent methodological advances, including parallel imaging efforts [25], have moved sodium MRI within the realm of clinical feasibility, and one can expect to learn exciting details about its diagnostic power in the near future.

This work was supported by US NIH grants 1RO1AR053133, 1RO1AR056260 and 1R21AR055724. The authors have no other relevant affiliations or financial involvement with any organization or entity with a financial interest in or financial conflict with the subject matter or materials discussed in the manuscript apart from those disclosed. 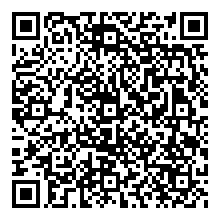