Sickle cell trait in orthopaedic surgery: A real issue or just a bogeyman

Background: Sickle cell disease is a hereditary blood disease characterized by the production of abnormal haemoglobin. HbS precipitates in the red cells under specific circumstances. The sickle cell trait (SCT), long considered an asymptomatic, condition, is instead associated with several complications. SC carriers are under physical stress more predisposed to develop certain morbidities such as pulmonary embolism, deep vein thrombosis, rhabdomyolysis and heat-associated collapse. An intense physical stress associated with the HbS carrier condition can lead to sudden death. Major surgeries, and especially orthopedic surgery, are physically stressful events. A targeted screening of high-risk patients could be useful for several advantages.

The sickle cell disease (SCD) is a hereditary blood disease characterized by the production of an abnormal haemoglobin, the sickle hemoglobin (HbS), due to a mutation in the β1-globine gene, in the short arm of the chromosome 11. HbS precipitates in the red cells under specific circumstances, forming polymers that distort the cells into the characteristic sickle shape: this process is known as sickling. Vaso-occlusion and hemolytic anemia are the major features of the sickle hemoglobinopathies. In sickle cell disease affected individual are either homozygous for the sickle hemoglobin (HbS) or compound heterozygous for the HbS and another beta globin mutation (HbC, HbS-β thalassemia). Several factors influence the susceptibility of red cells to sickle: the HbS and HbF concentrations, the HbS haplotype, the β thalassemia gene deletion the oxygen content of the inspired air, the cardiac and pulmonary status [1]. Other factors such as dehydration, infection, acidosis and hypothermia may increase red blood cell sickling [2]. Four main haplotypes, representing four different mutations have been identified (the Asian or Arabo- Indian haplotype, the Benin haplotype, the Senegal haplotype and the Bantu or CAR haplotype). The haplotype influences the sickle cell disease severity: the Bantu haplotype is associated with the most severe disease and the Senegal haplotype, with the least severe disease [2]. Bone involvement is the commonest clinical manifestation of sickle-cell disease both in the acute setting such as painful vaso-occlusive crises, and as a source of chronic, progressive disability such as avascular necrosis Figure 1 [3].

Figure 1. Bone involvement is the most common clinical manifestation of sickle cell disease.

The sickle cell trait (SCT), long considered an asymptomatic, benign condition, is instead associated with several complications [4]. The sickle-cell trait (SCT) occurs when a mutated Sβ1-globine and a normal βA-globin gene are inherited (HbAS). HbS carriers are approximately 300 million people worldwide [2], with the highest concentration in Africa, Middle East, India and the Mediterranean region. Recently its incidence has increased in Europe and North America because of the high rate of migration from areas in which the disease is prevalent [5]. Traditionally, sickle cell trait has been viewed as a non-disease, partially protective against falciparum malaria [6], without any of the complications and symptoms characteristic of the sickle cell disease. Due to the almost completely asymptomatic nature of the condition sickle cell trait is generally a laboratory diagnosis. Hemoglobin levels, red cell morphology, red cell indices, and the reticulocyte count are entirely normal in patients with sickle cell trait [7], and irreversibly sickled cells (ISCs) are not normally present in the peripheral blood smear. The diagnosis of sickle cell trait is made by demonstrating the presence of significant quantities of HbS. Hemoglobin determination by high-pressure liquid chromatography (HPLC) is the method most commonly used to diagnose HbAS [8]. Although sickle-cell trait is a benign condition in a majority of affected individuals, occasionally, it can be associated with significant morbidity and mortality. Increased red blood cell sickling and polymerization can occur in sickle cell trait under several conditions: severe tissue hypoxia, acidosis, increased viscosity, dehydration, and hypothermia. Several observational studies and small case series [9-17] describe the morbidity of sickle cell trait, and a recent review [2] grouped the complications of sickle cells trait on the basis of the strength and specificity of observed associations. The complications are grouped as: “definite”, “probable”, “possible” and “unproven or unlikely”. The group of definite associations includes: renal medullary cancer, hematuria both microscopic and macroscopic, renal papillary necrosis, hyposthenuria, splenic infarction, exercise-related sudden death, exercise-related rhabdomyolysis. Groups of probable and possible co-morbidity include: venous thromboembolic events (deep vein thrombosis or pulmonary embolism), fetal loss, acute chest syndrome, and proliferative retinopathy. Between the unproven co-morbidity there are anemia, stroke, higher prevalence of diabetic retinopathy and albuminuria, leg ulcers, avascular necrosis of the femoral head, and liver necrosis. The assignment of complication into these groups was not based on a systematic review of the literature and thus the importance of some of the condition may have been overrated and others may have been underrated [18]. SC carriers are under physical stress more predisposed to develop certain morbidities such as pulmonary embolism, deep vein thrombosis, rhabdomyolysis and heat associated collapse. Several screening performed on athletes and soldiers also report a much more serious complication: an intense physical stress associated with the HbS carrier condition can lead to sudden death [19-22]. Major surgeries, and especially orthopedic surgery, are physically stressful events Figure 2. As far as the treatment of hemoglobinopathies is of a medical nature, the surgeon should be aware of the possible complications arising from being HbS carrier. Figure 2. Radiographic image of bilateral hip replacement with total hip arthroprosthesis for avascular necrosis of the femoral head in SCT.

An increased complication rate of orthopedic surgery in SCD compared with the general orthopedic population has been reported in the literature [23]. We have not been able to find studies showing a higher incidence of complication in major orthopedic surgery in patients with SCT nevertheless adequate knowledge of the condition and precautions to avoid factors predisposing to red cell sickling could contribute to the reduction in morbidity and mortality theoretically associated with surgery stress not only in SCD but also in HbS carriers.

Importance of screening and research

The absence of a screening program of this almost always asymptomatic condition, so widespread in the world and more and more also in not typically affected countries, can lead to an underestimation of its frequency in patients undergoing surgery for diseases not clearly linked to the SC trait.

Screening programs for SC trait have been adopted in at-risk populations such as military and athletes, triggering controversy on the real advantage of the awareness of this condition at the expense of unjustified social and employment discrimination [24-27]. This discrimination is even more hateful, as the mutation is typical of certain ethnic groups, and so often taking on a racial connotation [28-29]. In health care however, a targeted screening of high-risk patients could be useful for several advantage:

• a more comprehensive assessment and a faster recognition of possible complications intra and perioperative by the medical and nursing staff;

• a greater awareness of the patients about their increased risks of complications;

• a theoretical reduction (until proven otherwise) of the risk of complications through a more careful monitoring of acid-base balance, hydration, temperature, oxygen saturation;

• acquisition of more clinical data to ensure a less empirical approach and to lead to an evidence based management.

An appropriate screening technique is mandatory to ensure accuracy and reliability of subsequent studies. The sickle solubility test detects the presence or absence of sickle hemoglobin, but cannot differentiate individuals with SCD and SCT and can be falsely negative in infants with high hemoglobin F or in individuals with very low percentage HbS (<10%); comigration of certain rare hemoglobin variants with HbS may obscure the diagnosis with standard electrophoresis; high-performance liquid chromatography (HPLC) can provide discrimination and relative quantification of hemoglobin, allowing for differentiation of SCT from SCD syndromes [29]. In clinical setting HPLC is the method most commonly used to diagnose HbAS [8] and has also been adopted for hemoglobinopathy screening by many reference laboratories owing to its ability to precisely quantify hemoglobin components [29]. Public education about SCT and SCD, accurate SCT testing, transparency of screening protocols and high-quality research initiatives are also mandatory to avoid some critical issue emerged in the past related to stigmatization and concern for social or occupational implications [29].

The SCT condition is not exempt from specific complications. Some of these complications occur as a result of physical stress and adverse environmental conditions. The literature does not report any special precautions for surgical patients with SC trait, but shows an increased complication rate in orthopedic surgery in sickle cell disease. Carrier status is widespread in the world, but for its frequent asymptomatic nature is often unknown by the patient. The patient’s unawareness of their state of HbS carrier and the lack of screening programs can lead to an underestimation of surgical complications actually associated with the SCT. Waiting for more significant studies on possible surgical complications of SCT, we recommend to perform targeted screening on patients from high-risk populations for this mutation. A more complete clinical picture could lead to a greater awareness of risks and to a reduction of associated complications. The analysis of a greater number of data through adequately-powered studies in the future may lead to an evidence based management. 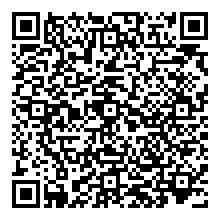