Short commentary on the imaging spectrum of pulmonary tuberculosis: a critical appraisal

Pulmonary tuberculosis (TB) is currently one of the most important infection related morbidity and mortality causes in the world. The differential diagnosis between TB and some others pathologic conditions is an emerging problem, as pulmonary TB may easily show etherogenous aspects. Differential diagnosis can be particularly challenging when TB mimicks sarcoidosis, lymphoma and pulmonary neoplasms.

TB vs. sarcoidosis and lymphoma: the dilemma of lymph nodes

Changes in epidemiology characteristics of the disease can be one of the causes of challenges in the differential diagnosis. While in the past primary TB was mainly a pediatric disease, nowadays it is more common in young adults (age 18 to 25). This new scenario account dilemma about differential diagnoses because others diseases, more frequentely encountered in young adults, show similar radiologic findings.

The differential diagnosis with systemic diseases such as sarcoidosis, Hodgkin lymphoma (HL) and some respiratory viral diseases, on occasion, may represent a real challenge for the radiologist and the clinician.

Manuscript Click here to download Manuscript short commentary TBC-1 Dalpiaz- Rea mod.doc Indeed, pathologic findings of these conditions are characterized by the presence of pathological hilar and mediastinal homogeneous enhancing lymph nodes that can be hardly differentiated from TB manifestations. In a study published in 2012, Tang et al. [1] compared the Computed Tomography (CT) features of mediastinal TB adenitis with those of untreated lymphoma (both HD and NHL). Tuberculous adenopathies do not exceed 4 cm in diameter, while lymphomatous can be larger and polylobulated. Region 10R (right hylar) is interested more frequently in TB, while region 6 (paraaortic) in lymphomas. Nearly half of the patients with TB showed concomitant pulmonary or pleural disease. On the other hand TB lymphadenopathies show an heterogeneous enhancement with rimenhancing and central low attenuation, that may be considered highly specific of disease [2-4]. However, these findings are not fully specific and, especially in cases of TB without parenchymal lesions, lymphonodal biopsy is often, the only way to reach a reliable diagnosis [4]. Even if literature describes sarcoidosis as the “great masquerade”, the association of peripheral “pseudoplaque” opacities (adjacent to the pleura, with a rounded shape, well defined margins and regular edges), of small nodules in a perilymphatic distribution and of ground-glass opacities with fine reticulation, is the key to a diagnosis of sarcoidosis.

TB vs sarcoidosis: the question of nodules distribution

Tuberculosis, on a thin-section CT, demonstrates a mixture of both sharply and poorly defined 1–4 mm nodules. Nodules are seen in a diffuse, random distribution sometimes associated with intra- and interlobular septal thickening [5]. The interlobular septal thickening or intralobular fine network that is evident on thin-section CT scans in miliary TB seems to be caused by the presence of tubercles in the interlobular septa and alveolar walls. Also, in subjects with active postprimary disease, centrilobular nodules and branching linear structures with a “tree-in-bud” appearance may be evident [6]. However, some atypical patterns of nodules distribution have been reported in TB on thin-section CT. Ortega et al. [7] described the “Sarcoid Cluster Sign” as a new CT sign, observed in cases of sarcoidosis. The “sarcoid cluster” correspond to rounded, oval or “tree in bud” clusters of multiple small nodules in the pulmonary parenchyma that are close to each other’s but not confluent. In one case, of a woman affected by tuberculosis, pubblished by Cardinale et al. [8] are also reported some areas where these nodules are so confluent to produce a near ground glass appearance. These tiny nodules represent noncaseating tubercolous granulomas with and without coalescence. They concluded that definition of “sarcoid cluster sign” must be extended to confluent micronodules producing a ground glass appearance.

TB vs. lung cancer: the problem of masses and solitary nodule

TB findings can also determine a further differential diagnostic problem with lung solid neoplasms, especially when caviting lung masses are also accompanied by negative sputum. Lung tuberculosis is often radiographically observed with the cavitary involving the upper lobes and exudative appearances, although it may be radiographically revealed also with a mass appearance suggesting cancer [2,3,9,10]. In a series of 597 patients diagnosed as tuberculosis studied by Cherian et al. [11], 11 cases who presented with a isolated mass lesion were encountered. Rolston et al. [12] conducted a retrospective analysis, covering a 3-year period, of patients with presumed lung cancer, who turned out to have pulmonary infection instead. Of the 2908 patients who underwent a diagnostic evaluation, 2713 (93%) were documented as having lung neoplasms; 11 patients (0.4%) had a benign process; 37 patients (1.3%) had a documented infection; and 147. fungal infections accounted for 46%, mycobacteria for 27%, bacteria for 22%, and parasitic lesions for 5% of these infections. Differentiation according to the radiological findings cannot be provided. The diagnosis was confirmed by pathological and microbiological tests. Indeed, the presence of Acid Fast Bacilli (AFB) in sputum or a positive skin test didn’t rule-out the coexistence of TB and cancer. CT imaging is helpful for the accurate evaluation of the morphologic and densitometric aspects of the lesion, detection of lymph nodes enlargement and the possible presence of metastases.

What about lung solitary nodule? Diffuse, central, or lamellar calcifications may be clues to the imaging diagnosis of TB over malignancy. Positron Emission Tomography CT (PETCT) could be another useful tool in case of a challenging differential diagnosis; however, TB still remains a frequent cause of false positive diagnoses on PET-CT because tuberculomas may even show hypermetabolic pattern on F18- FDG- PET raising problems of overlapping findings with tumor masses. Surgery or biopsy may occasionally be the only solution to obtain a correct diagnosis. 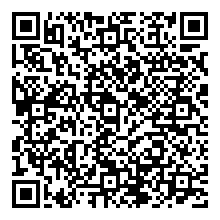