Nodular thyroid is a common clinical entity. All patients were evaluated by grey scale USG and colour Doppler and then subjected to FNAC. Histopathology was done whenever required. The results were then compared. most of the benign nodules as well as the malignant nodules were predominantly solid or solid-cystic with predominant solid components.

Nodular thyroid is a common clinical entity. The optimal diagnostic strategy to evaluate the nodule and differentiate it into benign and malignant, keeping in mind all the associated accompanying features is still a matter of debate. The present study was undertaken to evaluate the diagnostic efficacy of ultrasonography and fine needle aspiration cytology in differentiating benign and malignant thyroid nodules on the basis of composition (solid, cystic or mixed) [1-3].

A prospective study was carried out in 65 patients of all age groups and both sexes attending the radiology department of Bankura sammilani medical college and hospital, Bankura, during the period of January 2018 to march 2018. These patients were referred to the department by Department of General Medicine, General Surgery and ENT.

Inclusion criteria-all patients with a palpable neck swelling clinically examined to be thyroidal in origin. Exclusion criteria-patients with diffuse neck swelling, ulcerative and fungating neck masses, moribund patients [4]. All patients thus included in the study, were evaluated by grey scale USG by the linear probe on HD7 Philips machine and colour Doppler and then subjected to FNAC after an informed consent was taken. Histopathology was done whenever required. The results were then compared.

Statistical analysis was conducted on a master chart created in MS Word and Excel sheet, evaluated by SPSS 17.0. Sensitivity, specificity, positive predictive value and negative predictive value were calculated to analyse the diagnostic accuracy of ultrasound and correlating with FNAC/HPE (Fine Needle Aspiration Cytology/ Histopathological Examination), as gold standard. For all statistical tests, p<0.005 was taken to indicate a significant difference.

This study was conducted in the Department of Radio-diagnosis of Bankura Sammilani Medical College and Hospital, Bankura.65 patients were included in the study (Figures 1-9). 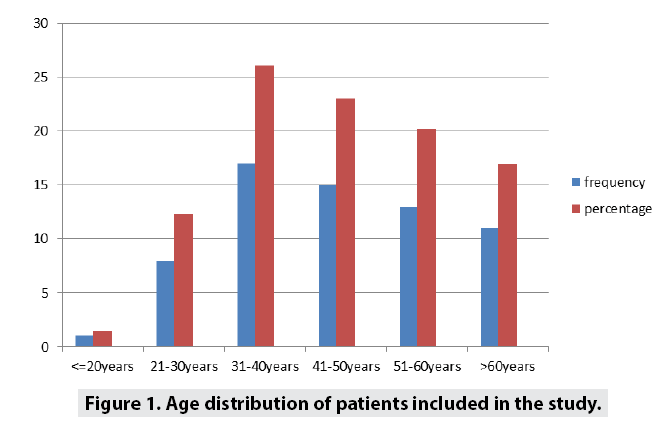 Figure 1: Age distribution of patients included in the study. 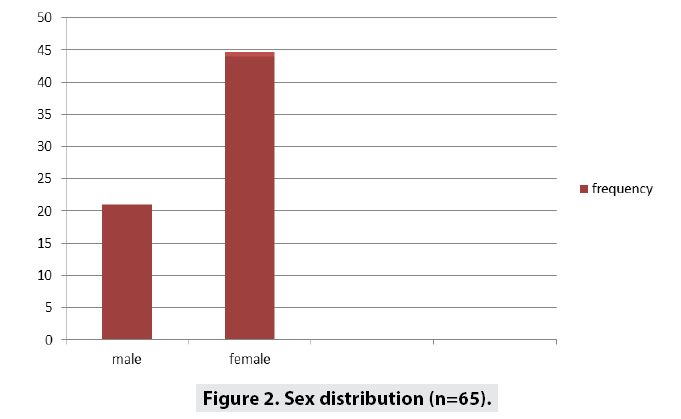 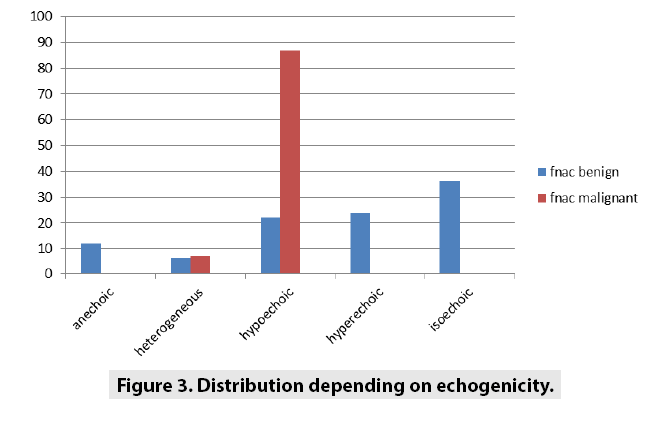 Figure 3: Distribution depending on echogenicity. 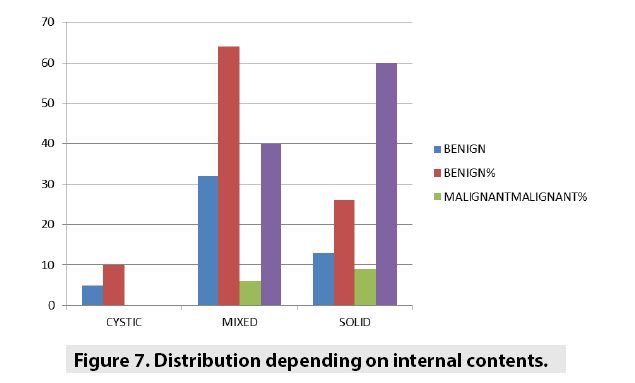 Figure 7: Distribution depending on internal contents. 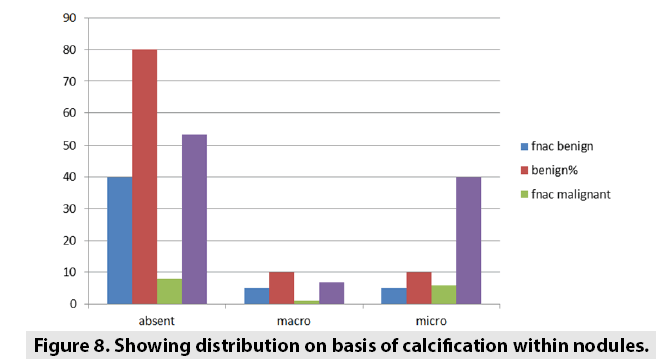 Figure 8: Showing distribution on basis of calcification within nodules. 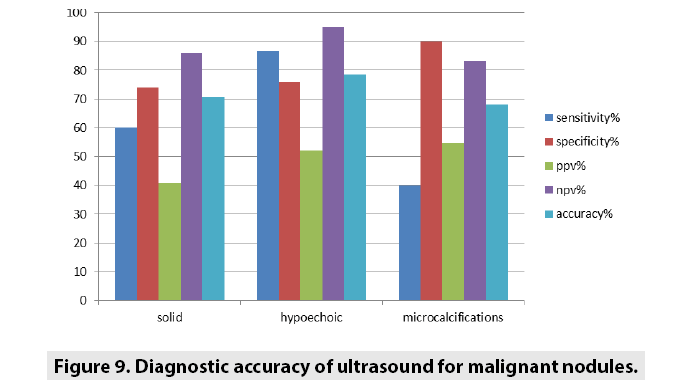 Table 1: Distribution of nodules based on echogenicity.

Table 2: Distribution of thyroid nodules based on internal contents.

Table 3: Distribution of thyroid nodules based on calcification.

In our present study, we found that, most of the benign nodules as well as the malignant nodules were predominantly solid or solid-cystic with predominant solid components. Thus a predominantly solid component alone cannot be a useful criterion for the differentiation of malignant from benign nodules. A combination of ultrasonographic features as well as pathological correlation is very necessary to increase the diagnostic accuracy and decrease the number of unnecessary invasive interventions in benign cases.