Researchers from the Massachusetts Institute of Technology (MA, USA) have recently reported their development of a new handheld device for diagnostic imaging of the retina. The device, which is a similar size to a handheld video recorder, can scan a patient’s retina in a matter of seconds and could enable primary care physicians to diagnose a range of maladies without the need for specialist examination.

Other research groups have developed similar devices previously, but this design is the first to combine several leading technologies, including ultra-high-speed 3D imaging, a microelectromechanical systems scanning mirror and a technique to control for movement of the patient. The authors suggest that the device should allow clinicians to rapidly collect comprehensive data with just one exam.

“Hand-held instruments can enable screening a wider population outside the traditional points of care,” said researcher James Fujimoto (Massachusetts Institute of Technology), an author on the Biomedical Optics Express paper. The portability of the device allows for the possibility of taking measurements outside of an ophthalmologist’s office and perhaps even into the developing world.

The instrument employs a technique termed optical coherence tomography, which involves sending beams of infrared light onto the retina and recording the reflected signal. Analysis of the time delay and magnitude of these echoes reveals the cross-sectional structure of the tissue in question. By very rapidly scanning and developing a 3D image of the same area of the retina many times, but from slightly different angles, the device is able to compensate for any unintentional movement on part of the patient and the inherent instability of a handheld device.

In their tests, the researchers found that their device can acquire images comparable in quality to conventional table-top optical coherence tomography instruments. The next step, says Fujimoto, is to test the device in a clinical setting. However, the cost of the instrument is still prohibitive and an effort by manufacturers to reduce or subsidize the cost would be needed before the device could be made widely available. Despite this hurdle, the concept remains an attractive research avenue. “The hand-held platform allows the diagnosis or screening to be performed in a much wider range of settings,” Fujimoto said. “Developing screening methods that are accessible to the larger population could significantly reduce unnecessary vision loss.”

A recent study by researchers from Uppsala University (Uppsala, Sweden) published in PLoS ONE has demonstrated that PET can be used to explore the physiological process underlying soft-tissue pain.

Musculoskeletal pain is one of the most common forms of chronic pain, which is in turn one of the most common reasons for healthcare consultations, with considerable economic and social implications for the sufferer. For all its prevalence, however, little is known about the pathophysiological processes that underlie these complaints, such as tennis elbow.

“The results are a promising proof-ofconcept and the study is the first to visualize the activation of the NK1 receptors in painful tissue, albeit in small sample.”

The technique, pioneered by Magnus Peterson, uses PET to identify and locate a radioactive tracer that binds to the NK1 receptor. This receptor is usually activated by substance P, a neuropeptide associated with pain and inflammatory processes. Peterson and colleagues discovered that in a small group of patients suffering from tennis elbow, tracer intensity was higher the affected arm than the unaffected, correlating to an increased expression of the receptor in the painful arm.

Of the ten recruited patients, eight reported an improvement in pain after graded exercise treatment. However, tracer intensity only fell in five, and in three patients it increased despite the associated reduction in pain. The researchers write: “In conclusion, NK1 receptors may be activated, or upregulated in the peripheral, painful tissue of a chronic pain condition. This upregulation does, however, have moderate correlation to pain ratings.”

The results are a promising proof-of-concept and the study is the first to visualize the activation of the NK1 receptors in painful tissue, albeit in small sample. The costs associated with PET also remain prohibitive. However, it has opened a new avenue of research, as Peterson explains: “In the future, we hope to be able to develop less expensive markers that enable us to use the method in everyday clinical practice. We also aim to create markers for other physiological processes that we know are active in chronic soft tissue pain.”

Gadolinium may be retained far longer than previously thought

Researchers from Teikyo University School of Medicine (Tokyo, Japan) have reported that patients who have received several contrast-enhanced MRI scans display a hyperintensity in two brain areas when imaged using nonenhanced MRI. The researchers believe this may indicate that the toxic gadolinium ion used as a contrast agent is retained in the brain for much longer than previously thought.

Gadolinium-based contrast medium (Gd-CM) is considered safe in patients with normal kidney function; however, clinicians in Japan have recently noticed an increased MRI intensity in the dentate nucleus (DN) and the globus pallidus (GP) in patients with a history of multiple MRI scans. To investigate this, researchers compared nonenhanced MRI scans of 19 patients who had received six or more contrast-enhanced scans with the scans of 16 patients who had received six or fewer nonenhanced scans. The hyperintensity anecdotally reported by clinicians was found to correlate with the number of Gd-CM administrations.

Hyperintensity in the DN and GP on unenhanced MRI may be a consequence of the number of previous Gd-CM administrations,” said lead author Tomonori Kanda. “Because gadolinium has a high signal intensity in the body, our data may suggest that the toxic gadolinium component remains in the body even in patients with normal renal function.”

“...our data may suggest that the toxic gadolinium component remains in the body even in patients with normal renal function.”

This is an early study, and although it may direct future research, few solid conclusions can be drawn. Kanda emphasized that there is currently no proof that gadolinium is responsible for hyperintensity on brain MRI and the mechanism by which the gadolinium may be deposited is unclear. Finally, the patients in this study received only linear Gd-CM and thus no conclusions can be made for the macrocyclic Gd-CM.

A study presented at a poster session of the 2013 CTRC-AACR at the San Antonio breast cancer symposium reports that more than a third of younger, early stage breast cancer patients undergo unnecessary imaging procedures – including PET, CT, nuclear medicine bone scans and tumor markers – at the time of staging and diagnosis.

The research, carried out by investigators at the MD Anderson Cancer Center (TX, USA), is the first to explore the overuse of imaging procedures in younger patients at the time of diagnosis and staging.

Overtesting is an issue that extends across the entire healthcare spectrum, recently the American Board of Internal Medicine launched the Choose Wisely® campaign, which aims to reduce overtesting by encouraging physicians and patients to communicate more over their use. As part of this campaign the American Society of Clinical Oncology recommended against the use of CT, PET, nuclear-medicine bone scans and tumor markers in the diagnosis and staging of early-stage breast cancer at low risk of metastasis.

“We’ve known that overuse of staging procedures is a problem as well it may affect the cost- effectiveness in diagnosing women with early breast cancer,” said Carlos Barcenas, assistant professor in MD Anderson’s Breast Medical Oncology. “With ASCO’s inclusion of this issue in its top five recommendations last year as part of its ‘Choosing Wisely’ campaign, this gave us the idea for the study – to investigate and understand just how pervasive the problem really is.”

Barcenas and his colleagues analyzed claims from a national employer-based database of 42,651 women between 2005 and 2010 with an initial diagnosis of breast cancer. All were less than 65 years old and had undergone a mastectomy, lumpectomy and sentinel lymph node biopsy. The researchers report that 37% of early-stage breast cancer patients had at least one claim for an unnecessary staging test, with limited change observed over the 5-year period. Of note, said Barcenas, 18% of the women had tumor markers performed, which is a staging procedure with no role in the nonmetastatic diagnosis setting.

Regional variations in overuse trends were observed, as was an association between more flexible health insurance and a higher rate of unnecessary procedures.

“The researchers report that 37% of earlystage breast cancer patients had at least one claim for an unnecessary staging test, with limited change observed over the 5-year period.”

“While hypothesis-generating, our study is not without limitations. For example, we don’t know the receptor status of the tumor, or if the patients had a more aggressive pathology, such as triple-negative disease, or if they presented with specific clinical characteristics - such as back pain or an elevated blood level of a liver function test - that called for more investigation. In some instances, there will be justification for the additional imaging procedures,” said Barcenas.

“Often, doctors think they’re not being good to their patients if they don’t do all they can. Yet there’s been a shift in focus to doing what matters for the patient and what’s proven to improve outcomes, rather than testing for the sake of testing,” said Sharon Giordano, also professor in Breast Medical Oncology and the study’s senior author. “Ultimately, our goal is to bring the best care and value care to our patients.”

– All stories written by Adam Born 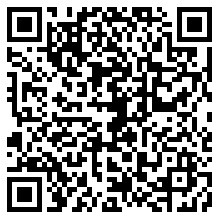