Ankylosing spondylitis is a systemic disease that causes inflammation in the spinal joints and was thought to have affected members of the ancient Egyptian royal families. Now a new study published, refutes that claim, finding instead a degenerative spinal condition called diffuse idiopathic skeletal hyperostosis (DISH) in royal Egyptian mummies from the 18th to early 20th Dynasties.

Ankylosing spondylitis is a member of a group of inflammatory conditions called the spondyloarthropathies that cause arthritis and affect up to 2.4 million Americans over the age of 15 according to the ACR. The most common in this rheumatic disease family is ankylosing spondylitis, which causes pain and stiffness in the back, and may lead to bony fusion of the spine [1]. Studies estimate that ankylosing spondylitis affects about one percent of the population, primarily affecting young men.

In DISH the hardening of ligaments along the vertebrae of the spine cause stiffness in the upper back and can affect other joints in the body. While DISH may appear similar to ankylosing spondylitis, it is a degenerative and not an inflammatory type of arthritis, affecting those 60 years of age and older.

A diagnosis of ankylosing spondylitis was ruled out due to the absence of joint erosion in the lower back and pelvis area (sacroiliac joints) or fusion of sacroiliac joints or of small joints between the vertebra in the spine (facet joints) on the CT scans of the mummies [3]. Signs of DISH were found in four Pharaohs (Amenhotep III - 18th Dynasty; Ramesses II, his son Merenptah, and Ramesses III - 19th to early 20th Dynasties).

The mummies of Ancient Egypt offer a wealth of information regarding the history of disease. In studying these ancient remains we may be able to uncover the pathway of diseases - like ankylosing spondylitis or DISH - and how they might impact modern populations [4,5]. The process of mummification could induce spinal changes, which should be considered when investigating diseases in ancient remains.

There is no conflict of interest. 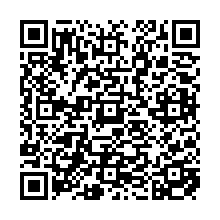