Methods and benefits of imaging the temperature distribution inside living cells

Temperature is the most important physical property for living organisms. This importance is easily understood, as we utilize body temperature as a simple indicator of our health status. The health status of all organisms is inf luenced by countless chemical reactions occurring within their cells. All such intracellular chemical reactions are accompanied by either heat release (exothermic) or heat absorption (endothermic), resulting in spatial temperature variation within the living cell. This local temperature variation could affect certain cellular functions, such as gene expression, protein stabilization, enzyme–ligand interactions and enzyme activity [1]. Thus, intracellular thermometry, a new method of cell monitoring, could provide information regarding the status of the living cell, and ultimately, information regarding the status of the entire body.

Within the past 2 years, several research groups have reported the use of fluorescent thermometers for monitoring intracellular temperature dynamics, including our FPT method. Each f luorescent thermometer has been designed based on the unique characteristics of a specific molecule, for example, streptavidin-coated quantum dots have been employed by Yang et al. [5]; CdSe-CdS quantum dot/quantum rod have been used by Cohen et al. [6]; green fluorescent protein has been employed by Quidant et al. [7]; and the L-DNA molecular beacon has been used by Yang et al. [8]. Quantum dot-based thermometers are considered robust and streptavidin- coated quantum dots have been successfully used to reveal the inhomogeneity of heat generation inside of a living NIH/3T3 cell [5]. Biorelevant macromolecules, such as proteins and nucleic acids, have an advantage owing to their biocompatibility (i.e., low toxicity). However, to date, the results obtained using these fluorescent thermometers have been qualitative, and intracellular temperature mapping has not been achieved.

Recently, our thermoresponsive polyacrylamide- based FPT was demonstrated to have an incomparable sensitivity for the intracellular temperature distribution within mammalian cells in a steady state. This superior sensitivity originates from the functional role assigned to these structures – that is, a thermoresponsive moiety and a signaling fluorescent moiety [9]. A hydrophilic ionic moiety was also incorporated into the FPT to prevent undesired interactions with biorelevant macromolecules, as well as selfaggregation under conditions of intracellular high ionic strength. This FPT displays an increased fluorescence intensity and elongated fluorescence lifetime with increasing temperature. In particular, the fluorescence lifetime of the FPT is independent of the experimental fluctuations, such as the concentration of the FPT, intracellular pH and ionic strength, as well as excitation power. It shows a remarkable sensitivity to the temperature variation (4.6 ns at 28°C and 7.6 ns at 40°C). Thus, we adopted time-correlated single photon counting-based FLIM [10] to analyze the intracellular temperature distribution of COS7 cells. After the FPT was microinjected into the cells, imaging of the intracellular temperature distribution could be performed at a high temperature resolution (0.18–0.58°C) and a high spatial resolution (~200 nm) using time-correlated single photon counting FLIM [4].

Significant local heat production was also observed as a single hot spot in the perinuclear region, which was identified as the centrosome using immunostaining analysis with an anti-g-tubulin antibody. The average temperature difference between the centrosome area and other areas in the cytoplasm was 0.75°C.

“[The combination of a fluorescent polymeric thermometer and fluorescence lifetime] imaging microscopy enables imaging of the intracellular temperature distribution at a high temperature resolution (0.18–0.58°C) and a high spatial resolution (~200 nm).”

What is the meaning of intracellular local heat production and what would be the benefits of monitoring this intracellular temperature distribution? As expected, there appears to be a good correlation between local thermogenesis and local metabolic activity. This correlation was clearly shown in the case of mitochondria, as discussed above. In addition, the observed cell cycle-dependent temperature changes in the cytoplasm and the local heat production around the centrosome could also be explained by the variation in the local metabolic activity. It has been shown that the activity of ribosomal synthesis varied depending on the cell cycle; the synthesis of ribosomal proteins starts at the end of mitosis, increases in the G1 phase and peaks in the G2 phase [12]. This increase in ribosomal protein production may result in active protein synthesis, which is correlated with an increase in the biochemical activity. It results in an increase in the cytoplasmic temperature in the G2 phase. Local thermogenesis around the centrosome area could be caused by active ATP hydrolysis via molecular motor proteins [13]. The centrosome is a main site of microtubule nucleation [14] and thus, a high concentration of molecular motor proteins and highly activated ATP hydrolysis around the centrosome could result in localized heat production. This correlation supports the potential use of intracellular temperature imaging to monitor local cellular metabolism.

The monitoring of local cellular metabolism would be highly beneficial for the study of human diseases, as many diseases are characterized by their relationship with abnormal cellular metabolism. Most mitochondrial syndromes show an altered function of the respiratory chain [15] and thus may exhibit a different extent or an altered pattern of temperature increase around the mitochondria compared with healthy cells. In cancer cells, ATP is mainly produced via cytoplasmic glycolysis, whereas the energy production of healthy cells relies on mitochondrial oxidative phosphorylation [16]. This altered energy metabolism in cancer cells may potentially cause an altered temperature distribution. Using FPTFLIM, malignancy progression may be quantitatively estimated. In addition, because many mitochondrial diseases, particularly milder ones, do not have established molecular diagnoses [15] and cancer cells are phenotypically and genetically very diverse, the imaging of altered metabolic activity using FPT-FLIM could serve as a rapid and efficient method of detecting malignant cells. Finally, intracellular temperature imaging using FPT-FLIM could also be beneficial for drug discovery. For example, the centrosome and mitochondria, which are organelles with local heat production, have been recognized as potential targets of cancer therapy [17,18]. Thus, monitoring heat production around these organelles using FPT-FLIM may serve as an efficient screening method and tool for the quantitative measurement of the effects of various drugs. 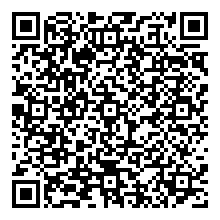