Purpose: The Tibial Tuberosity–Trochlear Groove (TT-TG) distance is a key parameter used to assess patients with patellar dislocation. Different values are reported in different populations. Our purpose is to determine the TT-TG distance in an Eastern Mediterranean population and to identify an association with baseline characteristics.

Methods: The knee computed tomography of adult patients from Eastern Mediterranean origin was identified through our institutional database. Patients who had a previous history of patellar dislocations or other pathologies were excluded. A sports medicine orthopedic surgeon, a musculoskeletal radiologist, and a non-musculoskeletal radiologist read the scans. The TT-TG distance and knee size were measured twice by each reader and the average was obtained for the population. We extracted the baseline characteristics of the patients from the medical records and correlated them with the measured TT-TG distances and knee sizes. We also calculated the inter-observer and intra-observer reliabilities of the measurements.

Results: One hundred one knee scans in 86 patients were read. The mean TT-TG distance was 14.76 mm ± 3.91 mm with no statistically significant association with patient age, gender, sex, height, weight, BMI, or knee size. Knee size was 80.51 mm ± 6.70 mm with a statistically significant correlation with the patient’s gender, height, and weight. Our results showed excellent intra-observer and inter-observer reliability.

Conclusion: Mean TT-TG distance in the normal Eastern Mediterranean population is more similar to the Western population but on the higher side of the spectrum of previously reported populations.

Patellar dislocation is a debilitating condition affecting primarily young athletes. It has an incidence of 5.8 per 100,000 people [1]. Many biomechanical factors have been used to evaluate patients with patellar instability. A widely accepted and a key imaging parameter for such assessment is the Tibial Tuberosity-Trochlear Groove (TT-TG) distance [2]. The TT-TG distance is not only one of the major parameters used to assess patients with patellar dislocations but also be clinically used to guide corrective TT osteotomy and distal realignment procedures [3].

The TT-TG was first described in 1978 on plain radiographs with 30 degrees of knee flexion [4]. Later, the CT scan was established as the gold standard because of better reliability. The TTTG distance measures the lateralization of the tibial tuberosity relative to the femoral trochlea [5]. It assesses the lateral vector which is a major contributing factor for patellar malt racking and instability [6].

Different studies were conducted to measure the population normal range for TT-TG distance and it showed variability between different populations with no pathology. The TT-TG values of Americans, Europeans, Chinese, Koreans, Indians and Africans [7,8] had been measured with significant differences seen between East and west.

No studies have addressed the topic of TT-TG distance in the Eastern Mediterranean population, despite its importance for the evaluation of patellofemoral instability and consequently for the practice of orthopedic surgeons. This study aimed to determine the average TT-TG distance in an Eastern Mediterranean population with normal knee joint function and to correlate with patients’ characteristics.

A single-center retrospective cross-sectional study was performed to identify the average normal TT-TG distance in the Eastern Mediterranean population using CT scans from a large regional tertiary care center. The primary outcomes were the sample average of TT-TG distance and knee size measurements. The study was approved by the local Institutional Review Board (IRB) and has been performed in accordance with the Declaration of Helsinki.

All the CT scans of the knees and lower extremities (which included the knee joints) performed in the study center between 2006 and 2016 were identified. Only images from patients 18 years of age or older and from Eastern Mediterranean origin (Lebanese, Syrians, Iraqi, Palestinians, and Armenians) were included, irrespective of the indication for CT scan. However, patients who had a previous history of patellar dislocations, history of fracture, surgery of the ipsilateral knee, rheumatoid arthritis, diagnosed or radiologic evidence of knee osteoarthritis, or unfused growth plates were excluded.

▪ The CT scans had been performed on two multidetector scanners

Philips Medical Systems (Netherlands), and Siemens Healthineers (Erlangen, Germany). Knee size and TT-TG distances were measured on the bone window setting of CT images, using the Philips Imaging IntelliSpace system. To assess knee size, the Inter-Epicondylar Distance (IED) was measured in millimeters (mm). The TT-TG distance was measured using the method described by [9]. The deepest point within the trochlear groove was determined. A line was drawn through the deepest point of the trochlear groove, perpendicular to the posterior condylar tangent (FIGURE 1A). A second line was drawn in parallel to the trochlear line through the most anterior portion of the tibial tubercle, at the most distal insertion site of the patellar tendon. The distance between those two lines represented the TT-TG distance in millimeters (FIGURE 1B).

Figure 1A: The knee size is obtained by measuring the Inter-Epicondylar Distance (IED). A sports medicine orthopedic surgeon, a musculoskeletal radiologist, and a nonmusculoskeletal radiologist. Each observer performed two separate readings at least two weeks apart; a total of six readings per CT scan for the TT-TG distance and the knee size were performed. The different reader values were used to calculate the inter-observer and intra-observer reliabilities.

Also, data about the patient’s baseline characteristics were collected such as age, sex, height, and weight of the patients during the same year of performing the CT scan were obtained.

Descriptive statistics were performed using the Statistical Package for Social Science software (SPSS, version 25, Chicago, IL, USA). The mean ± Standard Deviation (SD) of TT-TG distances and knee sizes were calculated for each reader as well as for the mean across all readers.

Similarly, for the baseline characteristics, the categorical variables were presented as numbers (N) and percentages (%) while the continuous variables were recorded as mean ± SD. Independent 2-sided t-test and/or ANOVA was used to detect a significant difference in mean TT-TG distance or knee size measurement stratified by gender, height groups, and BMI groups, as appropriate.

The linear regression was used to determine the association between TT-TG distance and knee size. It wasadditionally followed by adjustingthis regression equation for age, gender, height, weight, and BMI. A p-value of <0.05 was considered statistically significant.

Then, the measured mean of the population was compared to the previously reported population means using an independent 2-sided t-test where p<0.05 was considered significantly different. Furthermore, inter-observer and intra-observer reliability for the TT-TG and knee size values were calculated using the intra-class correlation coefficient [10] at a 95% confidence interval where p-value<0.05 indicates significance.

One hundred one CT scans of 86 patients met the inclusion and exclusion criteria and were read (FIGURE 2). The mean age of our study population was 42.34 ± 18.49 years and the majority were male and overweight (Table 1). 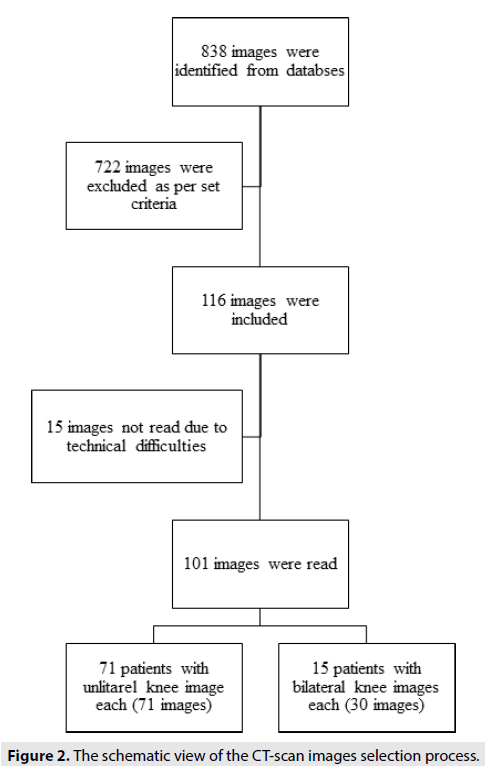 Figure 2: The schematic view of the CT-scan images selection process.

Table 1. The frequency of baseline characteristics for the patients with the studied images (n=101).

The overall mean TT-TG distance was 14.76 mm ± 3.91 mm for our sample of the Eastern Mediterranean population. The stratification did not show any significant difference in average TT-TG between genders or height groups. However, the average TT-TG differed between different BMI groups where individuals with normal BMI had the highest TT-TG average of 16.79 mm ± 4.42 mm and was the one which showed significant pairwise difference with both overweight and obese groups with p-value=0.02 for both.

Table 2. The overall mean TT-TG distance and knee size of the studied patients and those stratified by their baseline characteristics.

No statistical significance was detected when studying the relation between the TT-TG distance and the knee size with r=0.016 (p=0.44) and regression equation of TT-TG=14.02+0.01*knee size (p=0.88). The non-significance persisted even after adjustment for baseline characteristics where TT-TG=13.76-0.36 knee size-1.19 gender+0.05 age+0.18 height-0.08 BMI. Moreover, the comparison with previously reported values showed that our calculated TT-TG is different almost from all populations except Chilean and Swiss populations (Table 3).

Table 3. Comparison of TT-TG distances (mean ± standard deviation) for different populations, that are reported in the literature, with our study results where p<0.05 shows a significant difference.

Our study showed a mean TT-TG distance of 14.76 mm ± 3.91 mm in the Eastern Mediterranean population. Despite a lack of consensus, a TT-TG distance of 20 mm or more is usually considered abnormal and a threshold for TT osteotomy [11]. Our outcome is within the normal range for TT-TG distance.

Furthermore, other baseline characteristics were studied to identify any factors influencing TTTG distance; however, no conclusion is still established. It was hypothesized that a relation between TT-TG and knee size and patient height exists. Taller persons are thought to have larger knees and larger TT-TG and vice versa. showed that the TT-TG distance is associated with a patient’s height in a sample of patients aged below 20 years and who underwent surgery for patellar instability. It was found that the TTTG distance increases by 0.12 mm with each additional centimeter of height [14]. Our study also showedthattaller and male gender had larger knee size but did not translate this association to the TT-TG values. Only less than 2% of the TTTG distance can be associated with knee size and all associations did not show a significant effect. Our results are comparable to a study by. that showed no association between TT-TG distance and neither the body height nor the size of the knee. The authors further concluded that TTTG is a unique independent parameter for knee realignment procedures [15].

Fortunately, this unique parameter can be measured accurately by different specialties following the protocol described above. Our study showed excellent intra-observer and inter-observer reliability and low variability among various readersorthopedic surgeon, musculoskeletal radiologist, or non-musculoskeletal radiologist. This finding is further evidence that the CT scan is a reproducible and reliable modality for TTTG measurement, which can be easily reported by an orthopedic surgeon or any radiologist.

Our study identified the TT-TG distance of the Eastern Mediterranean population to be the second-largest reported value in the literature and with more resemblance to western rather thaneastern populations. Further studies are needed to identify whether this larger value translates to an increase in the incidence of patellar dislocation in this population, requires adjustment in osteotomy threshold, or imply a larger threshold for realignment surgery. This is considered the first step leading the way for future studies identifying the pathological TTTG distance in our population and potentially identifying a population-specific threshold for osteotomy.

This study has limitations that are inherent to all retrospective studies. The scans were performed with mild variation in the degree of knee flexion. Moreover, CT scans are done less frequently than MRIs to minimize radiation exposure; thus, yielding a relatively small sample size. On the other hand, the mean age of the study population was 42.34 ± 18.49 years which is older than the population typically at risk of patellar dislocation; however various other studies reported similar or either younger populations.

This research did not receive any specific grant from funding agencies in the public, commercial, or not-for-profit sectors.

The study was approved by the local Institutional Review Board (IRB), and conducted in accordance with the Declaration of Helsinki.