Dietary Cholesterol and Diabetes, What Do We Know About This Relationship?

In contrast to epidemiological analysis, clinical interventions assessing the effects of eggs (dietary cholesterol) on diabetic patients have failed to find detrimental effects on plasma lipids, glucose metabolism or inflammation [9-11]. In contrast, these studies reported beneficial effects of eggs in these patients. For example, in a clinical trial in which high and low cholesterol diets were provided to 65 individuals with type-2 diabetes mellitus [9], authors reported no differences in plasma lipids between groups while the high cholesterol diet was more effective in improving glycemic control and the plasma lipid profile by raising HDL cholesterol [9]. Ballesteros et al. [10] reported that in a randomized cross-over intervention in 29 diabetic patients, consumption of 1 cup of oatmeal versus 1 egg for breakfast did not change plasma lipids, lipoprotein size distribution, glucose, insulin or insulin resistance but resulted in improvements in inflammatory markers and liver enzymes [10]. In another study, 140 patients with diabetes were assigned to consume either a high egg diet (2/d) or a low egg diet (2/ wk.) for 6 weeks [11]. No adverse effects on the lipid profile was observed in those individuals with the high egg intake; this groups also reported to be less hungry and to have a greater satiety after breakfast.

It is then clear that the few clinical interventions, which have been conducted in diabetic patients, have reported similar findings [9-11], that is a lack of detrimental effects of eggs on lipoprotein or glucose metabolism. However, there is controversy in terms of epidemiological data on this regard [5-8], In order to have a better understanding between the relationship of dietary cholesterol and risk for heart disease in conditions of diabetes, more prospective studies should focus on the evaluation of these relationships and increased number of clinical interventions should be conducted before a solid conclusion can be reached. 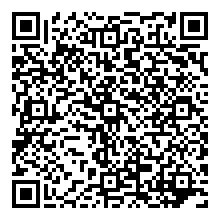