Cecal volvulus is a rare cause of acute abdominal pain and intestinal obstruction, which if left untreated can lead to sepsis and death. Its clinical presentation is highly variable ranging from intermittent relenting abdominal pain, to severe acute pain associated with sepsis and bowel strangulation. This is a report of a 59 year old man who presented with nonspecific signs of an intestinal obstruction. CT demonstrated a cecal volvulus, which was not suspected by the clinical team. The objective of this report is to discuss the radiological findings critical to the urgent diagnosis and treatment of this rare but life-threatening condition.

Caecal volvulus portrays torsion of the caecum around its mesentery which frequently brings obstruction. If unrecognized, it can result bowel perforation and fecal peritonitis. In general, an incomplete malrotation is fundamental for cecal volvulus to happen, on the grounds that the cecum and parts of the ascending colon are included. Early diagnosis is essential to lessen the high death rate reported with this condition, which is basically a closed-loop obstruction that may prompt vascular compromise with consequent gangrene and perforation.

A 59 year old male presents to the Emergency Department with 2 days of worsening abdominal pain, distension, nausea, vomiting and cessation of flatus and bowel movements. Past medical history is significant for untreated HCV, uncontrolled hypertension, prior inguinal hernia repair, and colonoscopy a year ago. On physical exam, his abdomen was distended and tender with no rebound or guarding.

An abdominal CT showed large bowel dilation, abnormal position of the cecum in the epigastrium to the left of midline, and a "whirl sign". These findings were indicative of cecal volvulus. An emergent exploratory laparotomy confirmed cecal volvulus. Subsequently a right hemicolectomy, adhesionolysis and umbilical hernia repair were performed. The patient was then transferred to the SICU in stable condition, before being discharged home a week later (Figure 1).

Cecal volvulus (CV) is an uncommon cause of acute intestinal obstruction and is less common than sigmoid volvulus. It involves axial twisting of the cecum, ascending colon, and terminal ileum, often in a counter-clockwise fashion [1]. Though several factors predispose to CV, the major predisposing factors are the presence of a mobile, redundant cecum and a fixed point of rotation [2]. A mobile cecum manifests in about 25% of the population [3]. Prior abdominal surgery has been identified in up to 53% of patient’s presenting with CV, with adhesions being the suspected fulcrum for rotation [4]. Other conditions associated with CV are late term pregnancy, high fiber intake, adynamic ileus, chronic constipation and distant colonic obstruction [5-9]. These factors may contribute by causing colonic distension, hyperperistalsis or cecal displacement [1]. The clinical presentation of cecal volvulus is highly variable, ranging from intermittent relenting abdominal pain, to severe acute pain associated with sepsis and bowel strangulation, due to ischemia caused by obstructed, twisted mesenteric vessels [4]. Laboratory findings are neither sensitive nor specific for CV diagnosis, as they only reflect the degree of intestinal obstruction and associated abnormalities [1]. Radiography is often the first choice in diagnostic imaging for patients presenting with cecal volvulus. Although sensitive, radiography is non-specific, often leading to the general diagnosis of small bowel obstruction. Radiological abnormalities include cecal dilatation (98-100%), single air fluid level (72- 88%), small bowel dilatation (42-55%) and absence of gas in distal colon (82%) [10,11]. CT is more sensitive and specific than radiography for the diagnosis of CV. Imaging demonstrates a markedly distended, midline cecum (coffee bean sign), two ends of the volvulized loop of bowel converging at the site of torsion (bird beak sign) and a swirling pattern of mesenteric fat and engorged mesenteric vessels (whirl sign) [12]. Cecal volvulus requires surgical intervention which may range from manual detorsion to right hemicolectomy [13]. The advantage of hemicolectomy is the absolute prevention of recurrent cecal volvulus. The recurrence rate of manual detorsion can range up to 40% [6]. This, in conjunction with reduced morbidity and mortality of modern day laparoscopic surgery make laparoscopic hemicolectomy the preferred method of treatment. However, the necessary treatment is ultimately selected by the surgeon, and depends on multiple factors, including the severity of the patient’s illness.

◾Disclosure of potential conflicts of interest

◾All authors disclose no potential conflicts of interest. Human subjects were not used for this case report and, as such, informed consent was not required. 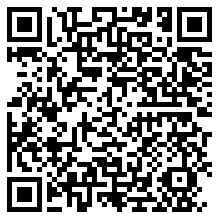