Uterine leiomyomata or fibroids are common smooth muscle tumors affecting up to 60% of women by age 45 [1,2]. Fibroids can vary with regard to size and location and can result in a variety of symptoms including menorrhagia, pelvic pressure and pain, frequent urination, constipation, and infertility. Hysterectomy is considered definitive therapy but is not without complications, including pelvic floor or sexual dysfunction, and long-term urinary incontinence [3-5].

Uterine preserving treatments include myomectomy, radiofrequency ablation, uterine artery embolization and medical therapy. Myomectomy, which can be performed hysteroscopically, laparoscopically or via laparotomy, is less invasive than hysterectomy, but carries with it the costs and morbidity associated with surgery. Uterine artery embolization, while minimally invasive, has drawbacks of ionizing radiation and the potential risk of premature menopause secondary to nontarget embolization of the ovaries [6]. Medical therapy may not alleviate all of the fibroid symptoms and may be difficult to tolerate for some patients. Hormonal treatment, which aims to reduce fibroid vascularity, may result in osteoporosis and menopausal symptoms and are therefore not recommended for more than 6 months [7].

MR-guided focused ultrasound surgery (MRgFUS) is a novel therapy which offers patients a noninvasive procedure without the use of ionizing radiation and can be performed on an outpatient basis. As this technique becomes more widely integrated into clinical practice, it is important for radiologists to be familiar with its technique, the relevant MR imaging features of fibroids that are amenable to MRgFUS therapy and the expected imaging findings and complications after treatment.

MRgFUS utilizes focused high-energy ultrasound under MR guidance to induce coagulation necrosis in fibroids. Commercially available MRgFUS systems consist of an MR unit with a built-in high intensity focused ultrasound transducer. Patients lie prone in a gel pad over the transducer during the course of the treatment, which may last up to 5 h (FIGURES 1A-1C). During this time, high intensity focused ultrasound pulses, called sonications with frequencies in the range of 600 kilohertz (kHz) to 7 megahertz (MHz), are used to heat the fibroid to maximum temperatures of 60-95ºC resulting in cell death [8,9]. Higher temperatures may induce cavitation, which can result in tissue disintegration and less predictable ablation zones. As such, cooling periods between sonications are performed with interleaved sonications at different sites to help promote efficiency [10].

Figures 1A-1C: 1a) MRgFUS unit with the 1b) high intensity focused ultrasound transducer. 1c ) Set up of the HIFU table with the probe onto which the patient will lie prone during therapy in the MRI scanner.

MRI guidance provides several benefits during therapy; the soft tissue resolution afforded by MRI allows for superior delineation and characterization of the target lesion. The presence of the transducer in the fixed geometry of the MRI scanner provides ideal three-dimensional localization of the fibroid and helps to facilitate treatment planning and post-treatment assessment. Finally, MR thermal imaging through proton resonance frequency shift thermometry allows real-time assessment of treatment success [7].

Clinically, the Uterine Fibroid Symptoms- Quality of Life (UFS-QOL) questionnaire is used as a validated instrument to quantify fibroid symptoms [11]. The questionnaire consists of 8 questions pertaining to symptom severity in addition to 29 health-related quality of life questions. Questions are scored on a 5-point scale. Questions pertaining to symptom severity are converted to a 0-100 scale. A symptom severity score of ≥ 41 was used as a cut-off for entry into the first major multicenter trial of MRgFUS for treatment of fibroids [12]. Nonetheless, rigid adherence to the UFS-QOL may not be appropriate in all clinical circumstances. Assessment of symptoms in the context of fibroid size and location must be considered prior to proceeding with medical or surgical treatment.

In addition to MR safety, MRgFUS is contraindicated in circumstances where nontarget tissue heating may occur. Structures including scars or skin folds or irregularity including the umbilicus should not be in the path of the ultrasound beam as these structures are prone to skin burns. Non-target structures such as bowel or bone must be avoided in the direct path of the ultrasound beam to prevent injury. Finally any foreign objects in the path of the beam, such as intrauterine devices and surgical clips, must be avoided to prevent non-target heating and potential surrounding tissue damage.

Certain MR imaging features help to predict whether or not MRgFUS may be a viable treatment method. Fibroids best amenable to MRgFUS will exhibit low signal on T2- weighted sequences and homogenous postcontrast enhancement (FIGURES 2A-2C). Several studies have shown that fibroids with increased T2 signal intensity may be more difficult to heat and may be more responsive to other forms of therapy including uterine artery embolization [13-15] (FIGURES 3A- 3C). A recent study by Park et al. utilized a new objective measure to evaluate variable T2 signal intensity of uterine fibroids to better characterize those that may be most suitable for MRgFUS. They proposed more objective scaled signal intensity (SSI) measurement of fibroids based on the fibroid’s mean T2-weighted signal intensity using a 0-100 scale, compared with reference standards from the rectus abdominis muscle and subcutaneous fat. They showed a statistically significant inverse-correlation of the SSI to the post-treatment non-perfused volumes. Ideally, fibroids should be located within 12 cm from the anterior abdominal wall, as fibroids too far from the ultrasound probe may be beyond the heating range and will likely be incompletely treated (FIGURES 4A-4B). Figures 4A-4E: Sagittal T2 image pre-ablation image demonstrates multiple transmural and exophytic fibroids. The posterior fibroid (white arrow in 4a and 4b) is greater than 12cm from the skin and is therefore too far posterior to treat. 4b) Sagittal post-contrast image pre-ablation shows homogenous enhancement of the multiple fibroids. 4c) Sagittal post-contrast images immediately after initial MRgFUS demonstrates almost complete non-enhancement of the anterior fibroid and near complete non-enhancement of the middle fibroid, consistent with successful treatment. 4d) Volume calculations were performed. The patient underwent a repeat treatment after 3 months. 4e) Sagittal T1 post-contrast image after the repeat MRgFUS with volume calculation of the anterior fibroid demonstrates necrosis and significant decrease in fibroid size. Patient’s menorrhagia and pelvic symptoms also improved.

Fibroid treatment volume should not exceed 500 cm3 as excessive time may be required for fibroid ablation. Large fibroids can potentially be treated through multiple treatment sessions or a single treatment session after preshrinkage with initial medical treatment, such as gonadotropinreleasing hormone agonists prior to MRgFUS (FIGURES 4C-4E). Fibroids demonstrating peripheral calcification will be poor candidates secondary to reflection of the ultrasound beam during treatment. Additionally, pedunculated fibroids, particularly those with narrow stalks may be contraindications. If patient’s symptoms do not correlate with the size and location of the fibroid, MRgFUS may not be appropriate.

Immediate post-procedural imaging is performed to assess treatment success and residual fibroids in addition to evaluating for complications. Prior studies have demonstrated that areas of fibroid non-enhancement correspond to necrotic tissue seen pathologically [16,17]. As such fibroids treated successfully with MRg HIFU will demonstrate complete non-enhancement. Additionally, MRgFUS has been show to lead to a decrease in mean fibroid volume. Reductions in volume up to 52.6% were reported at 12 months. Over the course of weeks to months, treated fibroids will be expected to decrease in size [18] (FIGURES 5A-5D).

Figures 5A-5D: 47 years old with pelvic fullness and bleeding. 5a) Sagittal T2 and 5b) T1 post-contrast MR images demonstrate a dominant submucosal fibroid with dark signal on T2 and heterogeneous enhancement. 5c) and 5d) Follow up MRI after 3 months shows significant decrease in size and complete non-enhancement of the fibroid.

The role of long-term follow-up imaging in patients after MRgFUS treatment tends to be based on symptom improvement. Followup imaging may help in the evaluation of residual viable tissue within treated fibroids or development in new fibroids in patients who continue to be symptomatic. There is little longterm data on clinical and imaging follows up after MRgFUS treatment. Kim et al. reported clinical outcomes after 3 years and showed sustained symptom improvement in their patient group without long-term complications. Han et al. also showed a greater than 75% improvement in clinical symptoms in patients who underwent MRgFUS after 6 months as well as up to 4 years, based on Symptom Severity Scores (SSS) [19,20].

Complications from MRgFUS are largely attributed to the effects from high focused ultrasound along the beam trajectory. Near field side effects largely consist of thermal burns to the skin, either to targeting a site too close to the skin surface or improper coupling due to scars or skin folds (FIGURES 6A-6D). Proper cleansing and skin shaving prior to treatment can prevent many thermal injuries attributed to improper coupling due to the presence of hair. Certain scars can be marked during the treatment planning portion thereby preventing heating during therapy.

At the target lesion itself, sonication may result in transient pain or uterine cramping. In order to reduce the pain, patients are placed under moderate sedation during the procedure. Additionally, patients can elect to stop the current sonication through a provided stop button. Other complications of treatment at the level of the target lesion include non-target sonication of adjacent bowel or bladder. Adjunct maneuvers can be performed to avoid bowel or bladder injury including filling or emptying the bladder via a Foley catheter and/or filling the rectum via a rectal tube (FIGURES 7A- 7D). Use of bowel mitigation techniques have been described in patients with smaller fibroids, compared with larger fibroids that may push bowel out of the path of the beam [21].

Beyond the target site, sonication may extend to the level of exiting nerve roots at the lumbosacral junction, which may cause leg or back pain. Sonication of pelvic bones may also indirectly result in nerve injury. Despite the theoretical risks, it is thought that severe neural injury is rare.

Figures 7A-7D:44 years old with pelvic bulkiness and pressure. 7a) Localizer sequence before MRgFUS. Note the small bowel anterior to the uterus with a decompressed bladder. 7b) After bladder fill of 200-300 cc of saline through the Foley catheter, the bowel is moved out of the beam path. 7c) After rectal fill of 100-200 cc of gel using a rectal tube, and bladder drainage, the uterus shifts even more anteriorly and 7d) bowel is further pushed out of the way.

MRgFUS is a novel noninvasive treatment for symptomatic uterine fibroids. As this treatment modality gains acceptance in clinical practice,it is imperative for abdominal radiologists to be familiar with basic principles underlying MRgFUS in addition to MR imaging of fibroids pertinent to pre and post-treatment care.

The authors have no financial or non-financial competing interests. 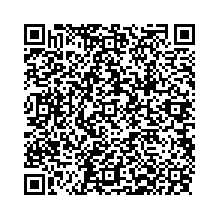