A physician-patient’s perspective on lowering glycemic variability – Part I: The role of meal timing

A physician with a 19-year history of type 2 diabetes and impaired awareness of hypoglycemia sought to lower the hypoglycemia risk using continuous glucose monitoring to optimize the medications-meals-exercise triad. As part of the lifestyle modification the patient found distributing daily carbohydrate consumption skewed toward the morning, when physical activity is relatively high, lowered glycemic variability. She also found that the second meal could be the biggest meal of the day. 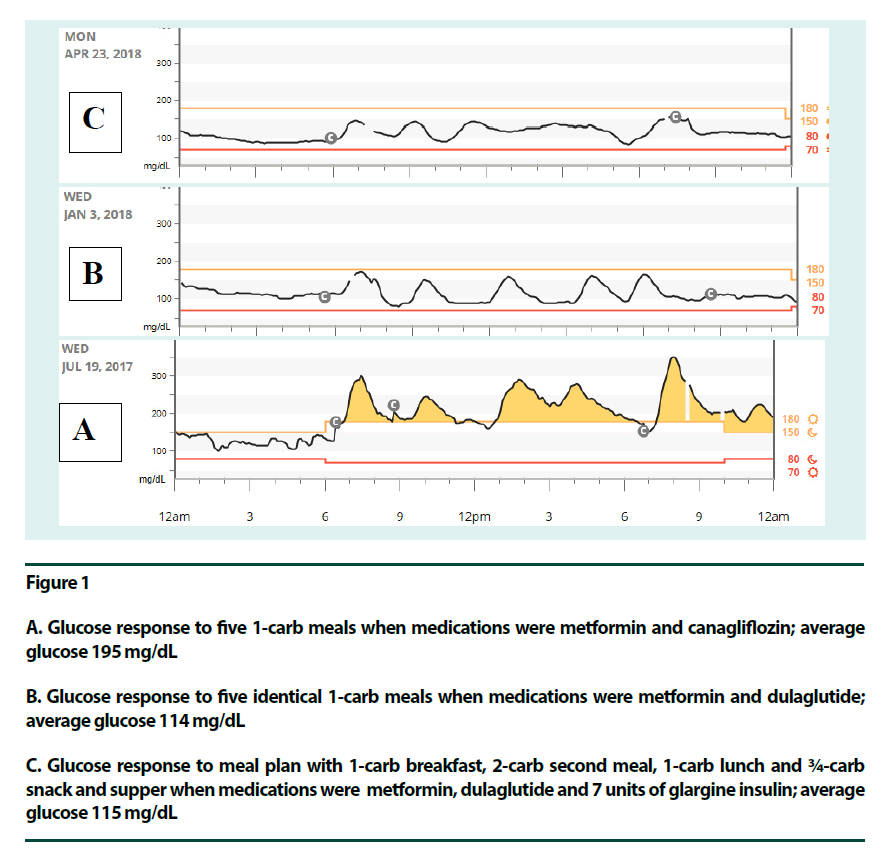 The patient confirmed that SGLT-2 inhibitors were better used with insulin or insulin secretagogues (DPP-4 inhibitors or GLP-1 R agonist) in this long-standing type 2 diabetes patient, likely due to low insulin levels. Minimizing insulin dose, from 36 units to 7 units, was a good approach in preventing hypoglycemia. Eating more carbs in the early part of the day and eating small meals or snacks every 2-4 h also helped toward lowering glycemic variability and hypoglycemia risk.

The authors thank Jorge Munoz, RN, APRN for his technical assistance with preparing the figures used in this report.