Ventricular premature depolarization (VPD)-induced cardiomyopathy is a condition in which frequent ventricular ectopic impulses result in left ventricular (LV) dysfunction leading to systolic heart failure (HF) [1–3]. The causal relationship between VPDs and nonischemic cardiomyopathy (NICM) has been firmly established based on the reversal of the cardiomyopathy with elimination of VPDs using medications or, more commonly, catheter ablative therapy [4]. Recognition of the potential risk of VPDs for producing LV dysfunction is essential to provide proper treatment that can improve LV ejection fraction (LVEF).

VPDs can be due to abnormal impulse formation, triggered activity or reentry [5,6]. However, much of the natural history and pathophysiology of VPD-related ventricular dysfunction remains unknown. In the past, even frequent VPDs were considered to be benign. This affirmation was based on limited clinical studies [7]. It is now recognized that VPDs can initiate or exacerbate acute HF in patients with preexisting structural heart disease (VPD-induced worsening) or can be the sole reason for ventricular dysfunction (VPD-mediated).

The animal model based on chronic rapid pacing has long been recognized to cause depressed LV function and frank HF [8]. Chronic rapid pacing induces adverse LV remodeling and neurohormonal activation. Chronic rapid pacing in the animal model also has been demonstrated to induce several proapoptotic cascades, LV myocyte remodeling and alteration in excitation–contraction [9–11]. However, the mechanism of the relation between VPDs and depression of LV function is not fully understood. One animal study suggested that VPD-induced NICM could be primarily functional rather than a fixed abnormality and therefore in large part reversible with VPD elimination [12]. Ventricular dyssynchrony and increased oxygen consumption with VPDs are two of the other proposed mechanisms. In an animal model, pacing to produce bigeminy could indeed induce a cardiomyopathy that was reversible without structural changes of the myocardium [12]. There remains a critical need to more completely understand the physiologic, molecular and cellular cause of VPDinduced/ worsened cardiomyopathy. Many patients with frequent VPDs will not develop a cardiomyopathy.

Several clinical predictors of VPD-induced cardiomyopathy (VPD CM) have been identified. Classically, a high VPD burden of more than 24% has been associated with impaired LVEF [13]. A longitudinal study found subclinical deterioration in LV function over 5 years in those with a high burden of VPDs (≥10–20%) [14]. Despite the absence of a definitive cutoff, the risk of developing NICM appears to be greater with a higher VPD burden. A threshold of approximately 10,000 VPDs/day appears required to induce NICM [13]. Other factors suggested to confer an increased risk of developing NICM include male sex, increased BMI, asymptomatic nature of VPDs, shorter VPD coupling interval (600 ms), an epicardial origin, interpolated VPDs and the presence of retrograde p waves [15–17]. Furthermore, patients developing VPDNICM were more likely to be asymptomatic or had prolonged palpitations (>60 months) [18]. One study indicated that patients with VPDs of right ventricular origin have a higher risk to develop NICM [19]. However, a recent study has convincingly demonstrated that VPDs from nonoutflow tract sites can also induced a NICM [13]. In a retrospective analysis, Deyell et al. demonstrated that QRS duration was an independent predictor of lack of recovery of LV function after successful ablation of VPDs [20]. The authors suggest that an increase in VPD duration might be a marker for an increase in fiber disarray due to microfibrosis and these patients with subclinical cardiac pathology may be predisposed to developing decreased function with the stress of frequent VPDs. In a recent longitudinal study, Carballeira et al. systematically evaluated the risk factors implicated in the development of VPDs CM in patients with more than 10,000 VPDs/day. QRS duration longer than 153 ms and a nonoutflow tract site of origin were associated with the subsequent development of VPD CM. Interestingly, the absolute arrhythmia burden was not associated with development of LV dysfunction in that study [21].

VPD CM is largely underrecognized and for that reason the true prevalence is unknown. Some authors have stated that it can represent 34% of patients referred for electrophysiological evaluation of VPDs [22]. The diagnosis should be suspected in any patient who presents with frequent VPDs in the presence of an otherwise unexplained cardiomyopathy. Since many patients are asymptomatic, the presentation can be late only after manifest systolic HF develops. Sometimes, it can be extremely difficult to determine whether the frequent VPDs are the initiator or the consequence of a NICM. Frequently VPDs are considered secondary and not treated aggressively. It should be noted that adequate VPD control is necessary for significant recovery.

The management of VPDs in NICM is based on eliminating most if not all of the VPDs, with the goal of improving HF symptoms and reversing LV dysfunction. A favorable response to arrhythmia elimination with improvement in LV function ultimately confirms the diagnosis of VPD CM (Figure 1). Not only arrhythmia control but also standard medical treatment with vasodilators and beta-blockers can mitigate the abnormal neurohormonal response and aid in positive remodeling. In many cases, the correct diagnosis (VPD CM vs NICM with frequent VPDs) may only be evident after restoration and maintenance of sinus rhythm. The reversal of the cardiomyopathy with catheter ablation has been firmly established by Mountantonakis et al. with over 90% of patients achieving long-term VPD control [23]. Importantly, they also noted that a reduction in VPD burden by 80% has comparable improvement in LV function to complete VPD elimination. A threshold reduction to less than 5000 VPDs/ day appears required for improvement [4]. Regarding the efficacy of catheter ablation for eliminating VPDs, a recent trial randomized 330 patients with normal LVEF and right ventricular outflow tract VPDs to either medical therapy or ablation. Elimination of VPDs at 1 year was achieved in 80% of the ablation group versus 12% of the medical group. The ablation group had a 2% incidence of minor complications that all resolved completely before discharge versus 10% in the medical group [24]. Multiple important observational studies support the findings of the randomized study and point to a potential for an even higher success rate at experienced centers [17,19–24].

Elimination of VPDs with ablation has been shown to improve LVEF, ventricular dimensions, functional mitral insufficiency and quality of life [19–25]. It should be noted that elimination of high VPDs burden (>10%) in patients with impaired LVEF could be associated with improvement of LVEF even when structural cardiac abnormalities are present [4,20,25]. Regarding the time to normalization of LVEF, in a study of 75 patients with VPD CM who had successful catheter ablation, the mean time to normalization of LVEF was 5 ± 6 months, with 68% recovering by 4 months [26]. Several articles have been published recently trying to identify markers for the irreversibility of LVdilated cardiomyopathy in patients with VPDs or VT. Campos et al. described that a unipolar abnormality area cutoff of greater than 32% of total LV surface (<8.27 mV) was 96% sensitive and 100% specific in identifying significant irreversible cardiomyopathy among patients with LV dysfunction [23].

Despite the effort to identify associated risk factors and the success of catheter ablation, the use of catheter ablation before the development of LV dysfunction is not recommended in the current HRS/ESC guidelines regarding the use of VT ablation in patients with frequent asymptomatic VPDs [29]. Clearly, higher risk patients: those with VPD burden greater than 10,000 and VPD QRS duration greater than 150 ms warrant close longitudinal follow-up with repeat echocardio graphic imaging. Any change in LV chamber size and/ or decrease in LV function should be managed aggressively, which includes strong consideration for catheter ablation.

NICM caused by frequent VPDs is an important and often underrecognized but potentially reversible cause of HF and cardiomyopathy. Early recognition of the arrhythmia and successful elimination with targeted catheter ablation represents a potential therapeutic option to reverse a cycle of worsening HF and deteriorating LV function.

This work was funded in part by a grant for international research, Horlait-Dapsens Foundation, Belgium (RCA) and the Richard T and Angela Clark Clinical Innovation Fund for Electrophysiology. The authors have no other relevant affiliations or financial involvement with any organization or entity with a financial interest in or financial conflict with the subject matter or materials discussed in the manuscript apart from those disclosed. 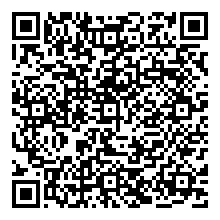