A 31-year-old male was brought to our Level I Trauma Center after being struck on the head with a baseball bat and subsequently losing consciousness. On arrival, he had a GCS of 8 and was intubated for airway protection. Infusions of mannitol, 3% normal saline and levetiracetam were initiated in the trauma bay. All vital signs remained stable and the patient was transported to radiology for computed tomography (CT) imaging, which showed a depressed, comminuted skull fracture of the left temporal, parietal, and occipital bone with underlying subdural hematoma, subarachnoid hemorrhage, and intraparenchymal contusion without midline shift Figures 1 and 2. The patient was admitted to the ICU for close monitoring. The neurosurgery team was consulted, but did not feel that surgery was indicated. A head CT was repeated 24 h later and showed a worsening left-sided subdural hematoma with sulcal effacement and a new 3 mm leftto- right midline shift Figure 3. The patient was medically optimized in the ICU according to the Brain Trauma Foundation guidelines.1 On hospital day 12, the patient was extubated and complained of poor vision. A non-contrast enhanced head CT re-demonstrated multiple depressed skull fractures and an unchanged 3 mm midline shift, as well as redistribution of the left subdural hematoma. A T2-weighted/ FLAIR MRI revealed unchanged parenchymal contusions with surrounding vasogenic edema involving the left posterior parietal, temporal, and occipital lobes Figure 4. The orbits, globes and optic nerves appeared normal. The patient continued to improve and was discharged to an inpatient rehabilitation facility for further care. 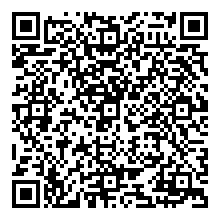